Note : All Monzo Q&As to date can be found here 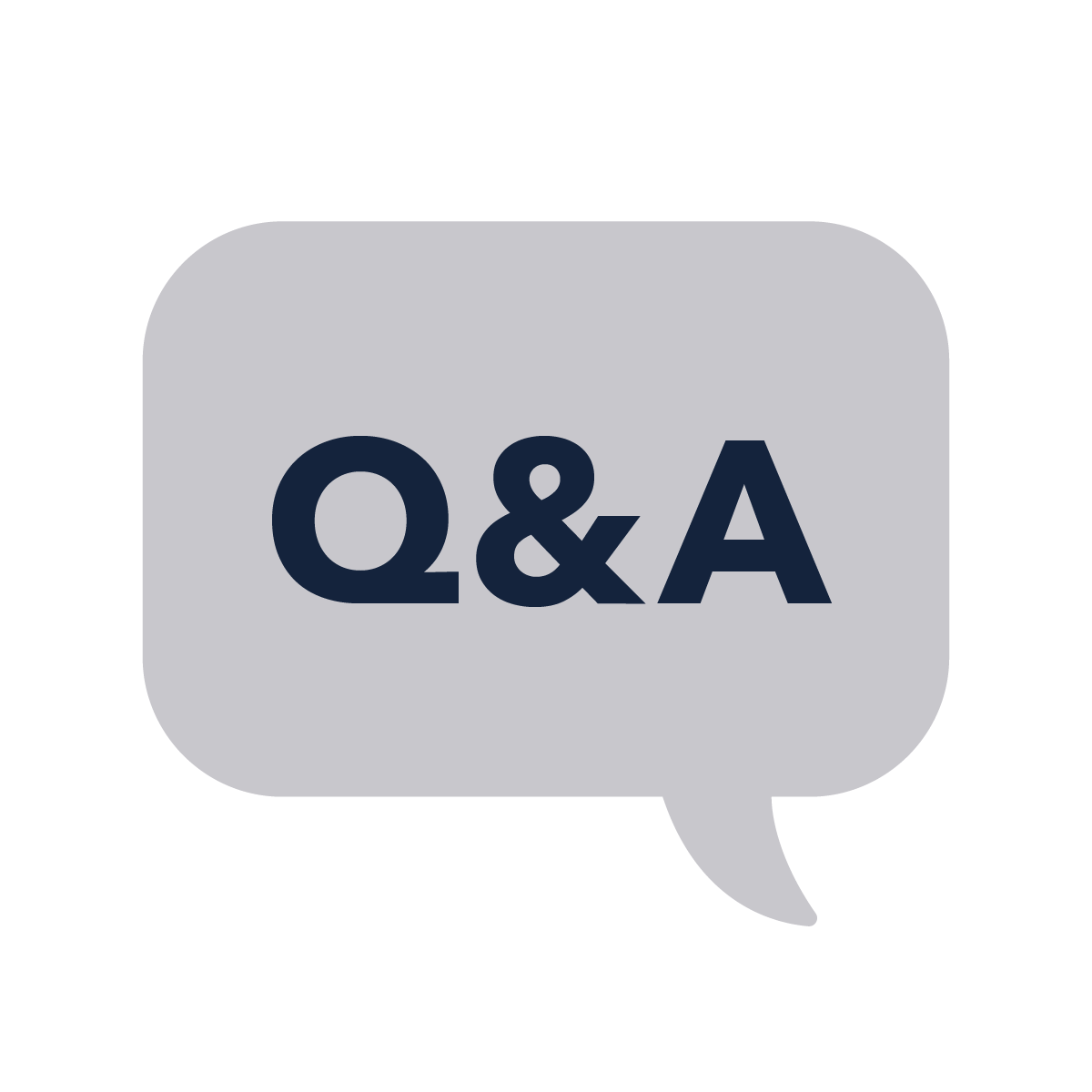 Welcome one, welcome all. Forum friends and family, it’s your favourite time of the week!

Crowdfunding has officially begun for existing investors. We’ve already raised almost £2million at time of writing! You can follow along here and it’s going to be fun to see how fast it grows tomorrow, when the investment will open up to many more people! We’ve had a range of different articles in the press since the announcement, that have caused a lot of debate. Debate is healthy. Just please don’t call us a hipster bank.

I googled the phrase, and came up with this. 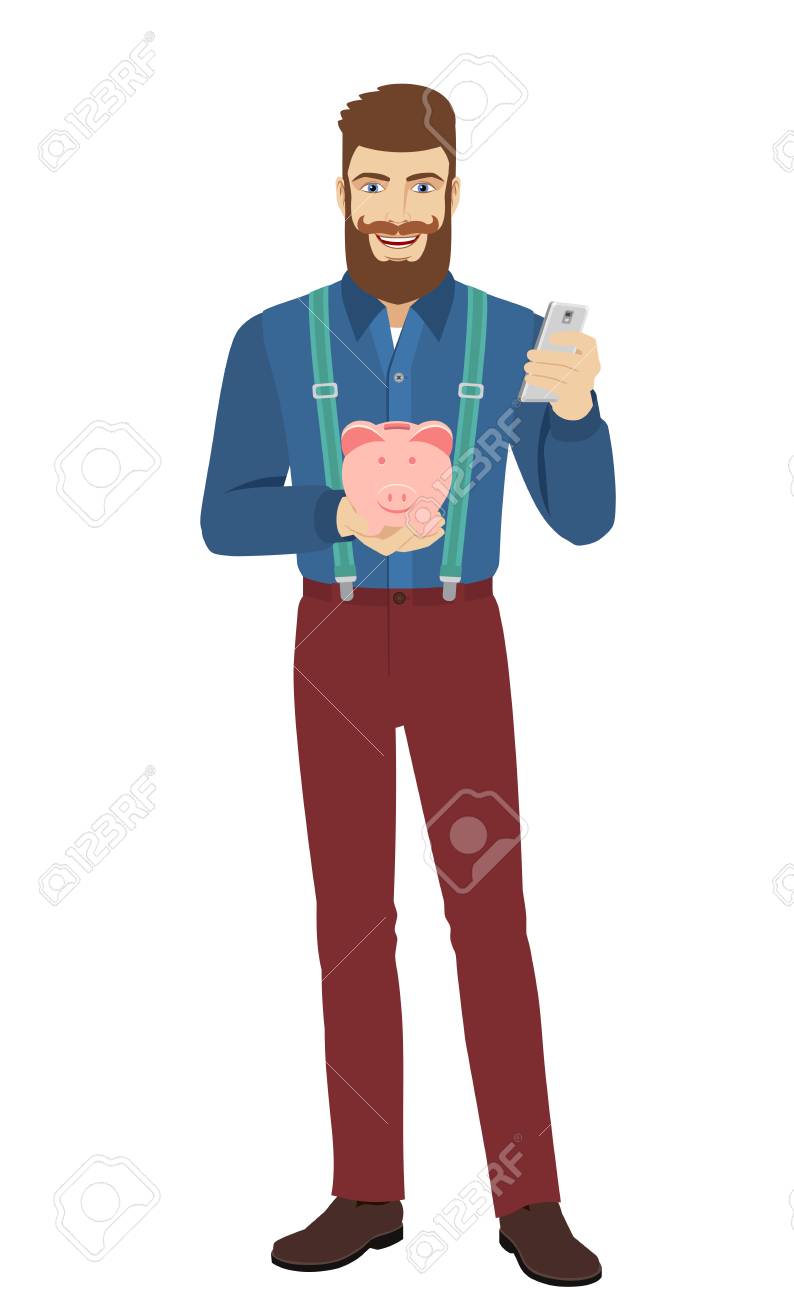 It’s my utter joy to tell you that I don’t know anybody at Monzo that looks like this.

Anyhoo, let’s get on with the show!

As Yoda might say : “read first all the previous Q&A’s, you must”

This Week, in the Hot Coral Hot Seat™️ we have… Jessica Lascar, Product Designer! 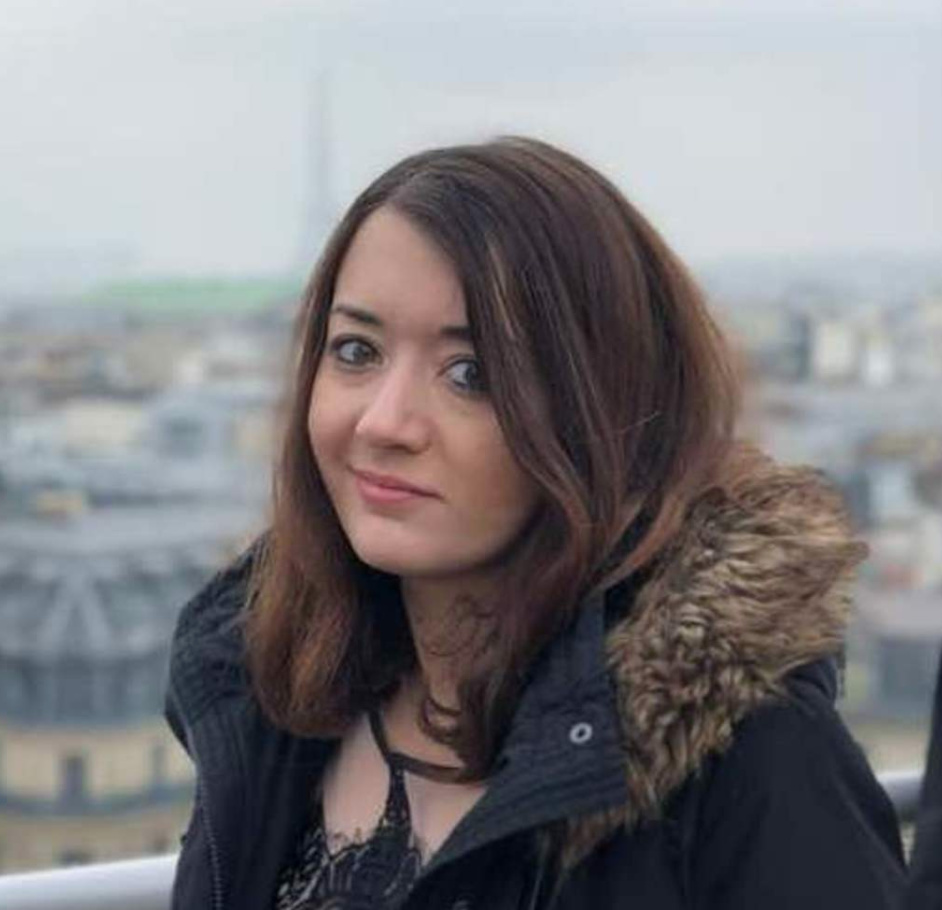 So let’s find out more about her.

“I have a Bachelor Degree in Japanese language and culture

And her favourite thing about working here?

So… get your questions in, Jessica will be here later this week to answer them all!

What design process do you use from the point of receiving a brief, to the end product?

What inspires your creativity?

What’s your favourite go to snack?

What are some of your favorite aspects about Japanese culture?

A few questions if you don’t mind:

Are there any parts of the app that you’re really keen you get your hands on to redesign?

Keep the questions coming folks, Jessica will be here to answer them tomorrow

You are a product designer, so if we want to see your mark at Monzo app or Website where should we look?

Hi Jessica, in what ways are you working on making Monzo a better current account? Any exclusives

Hi Jessica, I’d be intrigued to hear about your transition from Japanese into design as a career

Hi! Thanks for your questions and I’ll try to answer as best as I can!

What design process do you use from the point of receiving a brief, to the end product?
I always start by defining the problem we’re trying to solve in order to understand why we’re focusing on certain problems instead of others. Defining the why helps establishing how I can do my work and also what solution I’m going to produce.

I write down the key points in a document and, when possible, attaching some people’s feedback from either the community (from the forum, social media, or feedback we got in-person) to emphasise better with the problem at hand. I’ll then share this document with the rest of the team to open the conversation and start collecting everybody’s input. This helps a lot when it comes to formulate possible solutions.

I’ll then go away and design some the solutions that make the most sense and share regular updates with the team. The best ideas get also shared with the community to gather feedback.

Once we’re happy with one solution we release it internally and iterate according to feedback. When we think an implementation is good enough, we ship it, either to everyone or to a percentage of our user-base or ends up in Labs!

What inspires your creativity?
Everything that surrounds me inspires my creativity. Sometimes it’s the sea breeze, other times it’s the shape of the clouds after a storm, the landscape I see through the window while travellling on a train with the music in my ears or the smell of something familiar. I also randomly see faces in places

What’s your favourite go to snack?
Since I’ve been raised in Italy with mostly bread and pasta, my go to snack is definitely bruschetta: cherry tomatoes and extra virgin olive oil

If I’m craving something sweet, then a slice of bread with Nutella

I’m a big fan of Japan and there’s something incredibly fascinating about their culture:

Politeness and respect
Japanese culture emphasises politeness at all times as well as placing heavy emphasis on respect. If you’ve ever been to Japan, you’ll know how important it is for them to bow to show respect to other people.

Japanese people are also super polite and won’t think twice about going out of their way to be helpful. During my stay in Kyoto I once got lost and asked for directions and the guy walked me all the way to the address to make sure I got there!

Kawaii
Everything is cute in Japan. I like the fact the you’re literally surrounded by “cuteness” everywhere you go and that even government fliers, or other things that are considered “serious” in Western culture, are presented in a cute form and make you wanna smile

Even the religious statues in temples are cute: 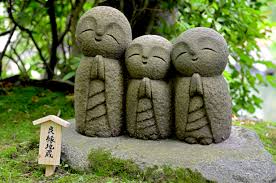 Food
Japanese food is very simple as it usually consists of a combination of only a few items. Choosing high quality ingredients is then crucial.

Japanese food is also as much about the preparation and presentation as it is the food itself.
This is especially true for sweets (wagashi) which are beautifully confectioned, so you feel guilty about unwrapping them

Efficiency
Public transport is always on time in Japan. There was only one incident a few years ago, where the train company deeply apologised to its passengers for the severe inconvenience of a train that left 20 seconds early.

Are there any parts of the app that you’re really keen you get your hands on to redesign?
Yes! I think every designer gets excited about the opportunity to redesign something from scratch. In my case, I’d really like to get my hands on Summary as we’ve received a lot of feedback on it and I just can’t wait to make it better.

Once you go iPhone you never go back.

You are a product designer, so if we want to see your mark at Monzo app or Website where should we look?

@SC95
I work in the main account team, making sure that Monzo is the best possible current account. Since design is different from art, and that the most important thing about design is that it involves people, I’d like to think that my mark is everywhere and nowhere.

Hi Jessica, in what ways are you working on making Monzo a better current account? Any exclusives

@Ben01
In a recent blog post we talked about how we were working towards making Monzo a better current account. Our goal is to make money work for everyone, so, when the quarter started, we used the feedback we’ve received from the community and made ourselves a smaller list of all the issues we wanted to address. It’s really great to have such an amazing community here, as it really helps designers!

Since we’ve received a lot of feedback on Summary, we’ve introduced more flexible periods to improve budgeting periods and also added more frequency schedules to Standing orders and subscriptions. There are still some areas that need to be improved with Summary, so I’ll make sure to post new updates here as I did already when working on more flexible Summary periods. 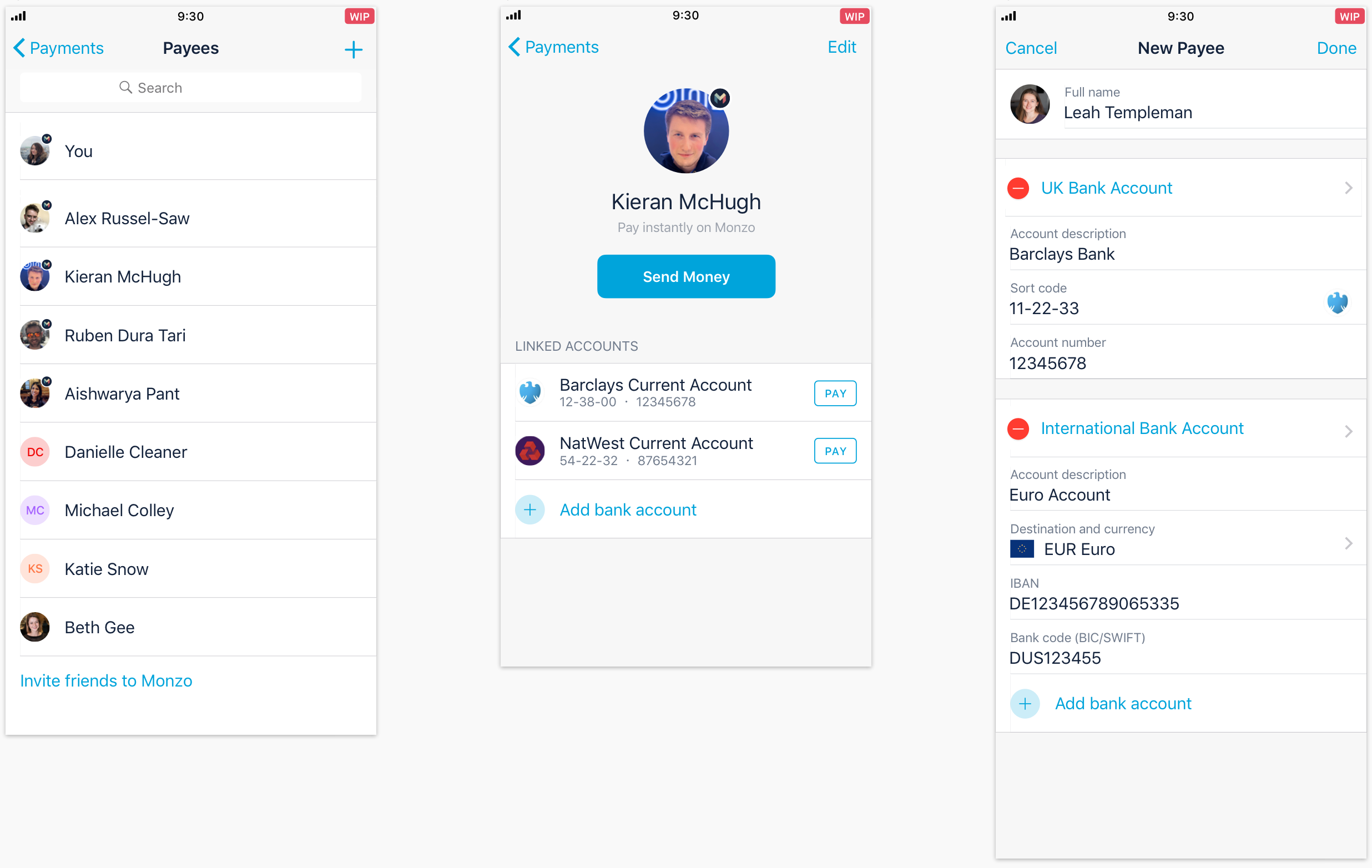 My favorite thing about Monzo is knowing that, through my work, I can really make a positive impact on people’s lives. This happened for example when working on the gambling block: it was a feature we worked on during “Monzo Time”, a time where people in the Product Team spend one day each month working on projects and ideas that aren’t in the roadmap. Two months ago, the BBC covered an article about a guy who was gamble free thanks to this feature. My heart skips a beat whenever I know that something I’ve contributed to made someone else’s life easier and I have to thank Monzo for that and all the amazing people who I’ve been lucky to work with

Hi Jessica, I’d be intrigued to hear about your transition from Japanese into design as a career

@ned
My design career started as a hobby. Since I was a little child I’ve always been into drawing and actually wanted to become a comic artist. I thought about going to Japan, learning Japanese and then becoming a famous manga artist. Many years later, I eventually ended up studying Japanese at university and living there for 3 months.

After graduating from university, I had the opportunity to design the interface for a Japanese Grammar Dictionary application that my boyfriend developed. It was during that time that I discovered that design was more than just making nice stuff.

Before that moment, I’ve always thought that design was pure art, and that’s when I decided to study to learn more about it. While studying, I started freelancing and I eventually got my first job in Germany for a very-early age start up. It was really a good experience and I learned so much. After that experience, I decided to move to London as it is considered the home of the best European startups.

Thanks @jexyla for a great Q&A