The current spending limits on the Monzo current account are more than sufficient for everyday banking.

However, they likely to be insufficient for those one-off larger payments

customers occasionally need to make, such as when they’re buying a car, paying the deposit on a home purchase, paying off a loan, etc.

I understand there currently isn’t a Monzo feature that enables the customer to make such one-off payments, and I’m concerned this means customers will find they can’t fully switch their current account banking relationship to Monzo.

Are there plans to address this in future?

I believe that if you’re making the plans to make the purchase. Monzo would be able to assist with limits etc to accommodate this

I needed to make a large payment this week, and was told the maximum per day was £10,000. The team were unable to increase this - at least with the short notice I gave them.

It would be helpful to know if there is a process to follow for large payments, and what kind of notice is required. If such a process does exist, I think it would also be useful to publicise it within the app - possibly on the Make Payment screen, so customers aren’t caught short, and know what to do.

Can anyone from Monzo please clarify?

Interesting topic and I would also like to know, I guess the limits could be increased after speaking with coops? I remember when I wanted to withdraw a large amount from HSBC I had to go through all sorts of things to get the money out - including sending a screenshot of the advert for the car I was buying at the time haha!

I’d be interested to see what difference a big one off purchase makes to the pulse graph?

I think my pulse graph for this month is a little panic-y due to xmas and car spending at the end of last year!

The process is essentially reaching out to customer support and letting them know you need an increase. We’ll arrange for a specialist to get in touch and ask a few questions!

8 Likes
If you haven't moved over, what's stopping you from making Monzo your main bank?
iansilversides (crowdfunding investor ) 12 January 2018 13:55 #8

I tried this when I was buying my fast car and was told that you couldn’t increase the limits, but could pay over several days

- however I went to lloyds and they said I could only pay an admittedly larger, still limited amount on a daily basis

I wouldn’t be able to comment on the decision making process of our specialists. But I only needed a small increase (to 15k over 10k)!

but wasn’t met with approval

I’m sorry to hear that Ian! Unfortunately I can’t tell you why

That said, I hope you’re loving the fast car. Mind if I ask what you went for?

Forget the limits crap. What cars are we talking about here?

I’m going to need a go in this car.

I’m going to need a go in this car.

The process is essentially reaching out to customer support and letting them know you need an increase. We’ll arrange for a specialist to get in touch and ask a few questions!

Is the support team aware of this process? I reached out to them to ask. After several messages to and from them, they informed me seven hours later that it wasn’t possible. See below.

I think it would be worth making clearer to both customers and the support team. 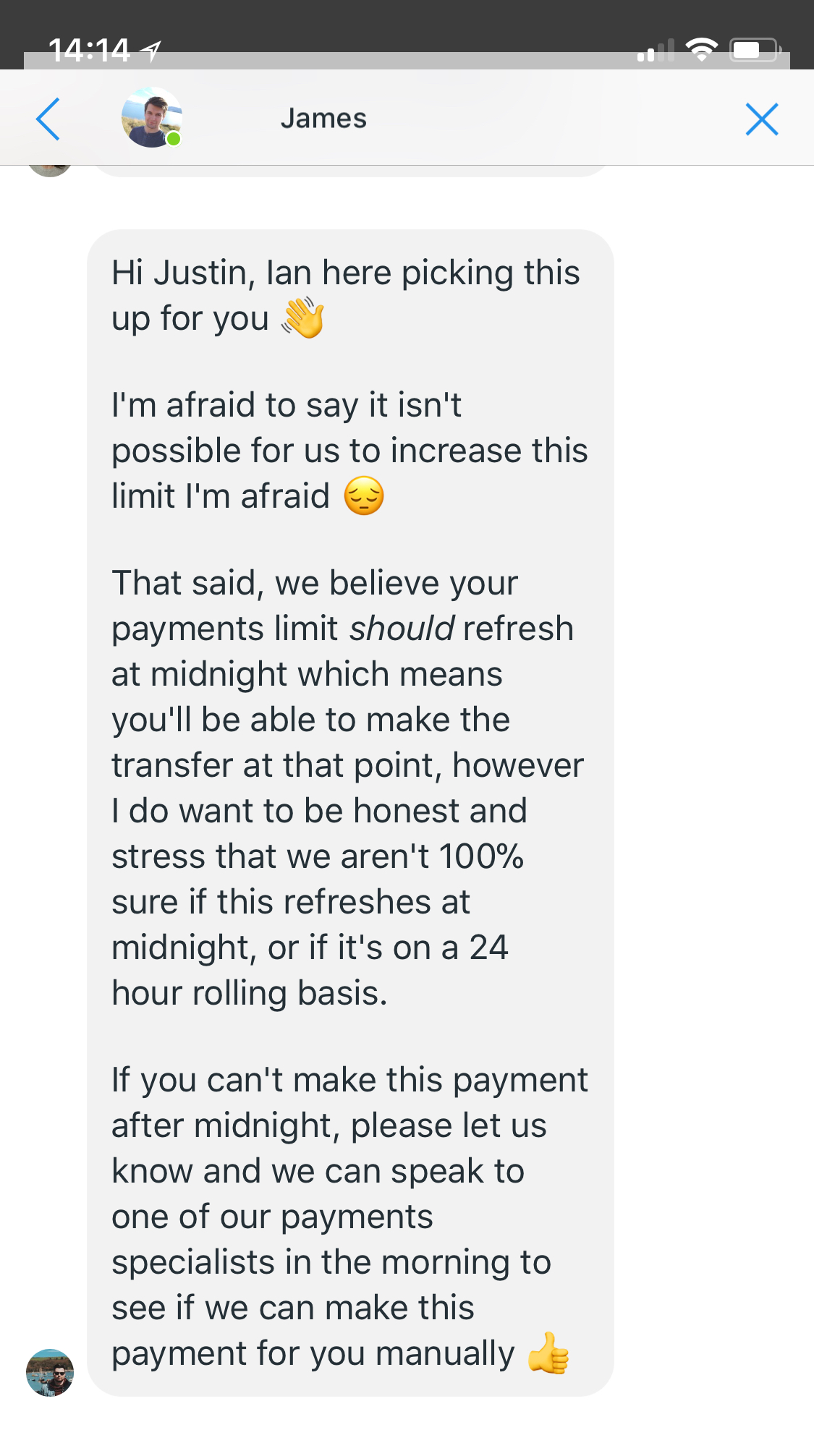