This is a clever idea that I’ve just come across. It’s a bot, called Chip, that integrates with your current account, analyses your recent spending to calculate how much you can spare and every few days it debits a small amount and transfers it to a savings account. Spend more and you’ll save less. Spend less and you’ll save more.

I’m sceptical that it might put me into my overdraft, but they guarantee never to do that so I’m giving it a fair shot.

I’d really like a Monzo integration, but I’m thinking they’ll need to do they integration work rather than Monzo?

Nice idea. Regularly transferring small amounts over time can really build up if you stick to it. For instance, I setup a mini savings account for “loose change”. I take any coins below £1 out of my wallet every day and then every few months go to the coin counting machine in my bank and transfer the funds into this account. Builds up nicely without you really thinking about it.

According to the developers of Chip, this is something they “are avidly working on”. It won’t be available for a few months apparently. I think that means they’re waiting on the public API to be finished and for direct debits to be available.

I’ve been using Chip for automated savings since October, which pays me a decent rate of interest compared to the banks (up to 5%). It’s similar to MoneyBox (Stocks and Shares ISA) or Plum (Savings) in its concept, but it’s a dedicated iOS or Android app unlike Plum. It uses an algorithm to calculate the amount to take from your current account, and it hasn’t caused me any problems. It only works with mainstream banks currently, but hopefully Monzo integration wouldn’t be too far away.

They have a referral on at the moment whereby both myself and the person signing up with my code each earn £10 or can increase the interest rate by 1%, so if you install the app use code ARJNZT (win win right?

). The promotion lasts only until the end of June and is paid after the first automatic save. I’ve posted a link to their site below where you can download the app from and find more details.

I wonder if there’s a limit to how much you can save at 5%? You can transfer £100 a day so it would take a while to build up a decent balance

From my chats with their support, there is no limit. I would be wary of putting in too much before FSCS protection, although the account is ring fenced and should be in my name at Barclays which should be pretty much 100% safe in theory.

I am sure Barclays will take a hammering now.

Barclays and four former executives have been charged with fraud over their actions in the 2008 financial crisis.

The Serious Fraud Office case relates to the way the bank raised billions of pounds from Qatari investors enabling it to avoid a government bailout.

Former chief executive John Varley is one of the four ex-staff who will appear at Westminster Magistrates’ Court on 3 July.

It is the first time criminal charges related to the financial crisis have been brought against a bank in the UK.

In addition, Mr Varley and Mr Jenkins have also been charged with the same offence in relation to the October 2008 capital raising and with providing unlawful financial assistance.

This should not impact the ability of Barclays to look after its customers’ funds.

I’ve been looking at Chip for a while, and an article in The Guardian tipped its usefulness for me: 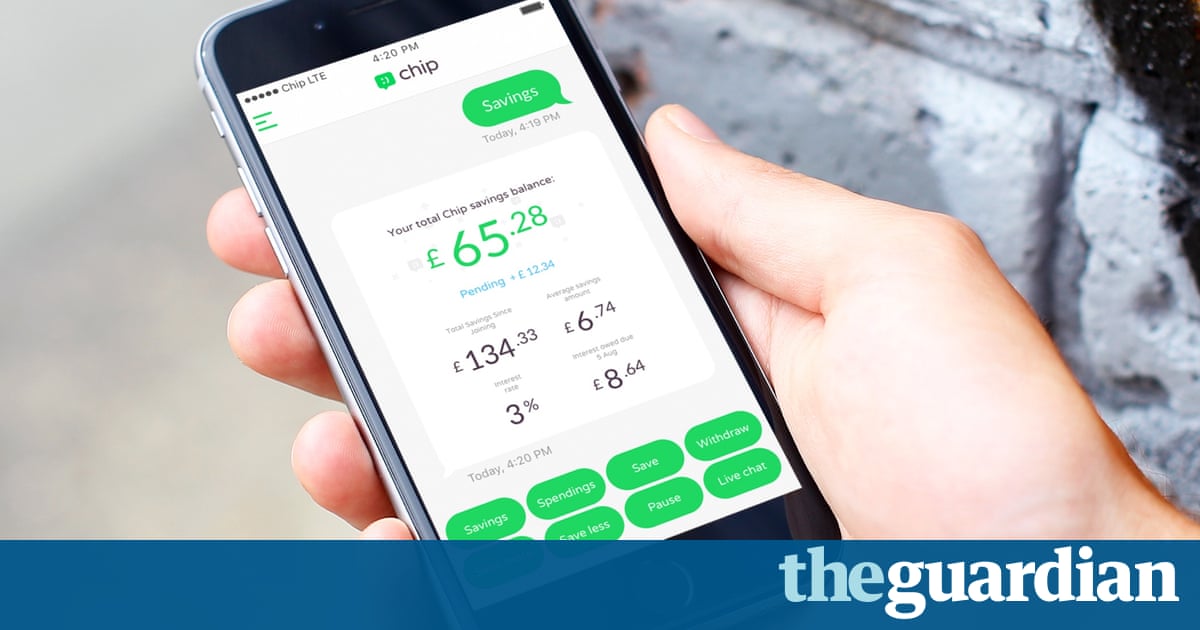 Chip: the robot banker trying to pull millennials out of their overdrafts

Find yourself in the red every month? Can’t seem to budget responsibly? Chip could be for you – if you don’t mind it snooping around your bank account

I’d like to be able to use Chip as a way of building up my six month salary buffer that’s recommended as a safety net. It’s a shame, at the moment Chip supports the legacy banks I use, but I put all my spending through Monzo.

Is there any chance Monzo might be able to have Chip integration ready to go for current account launch, or soon after? Does anyone else here use Chip?

I use Chip. I find it fairly useful but it’s somewhat annoying that they limit you to 6 manual saves of up to £100 (each) per month. I can see why (at 5% interest they’ll be making a loss so they need to minimise deposit volumes) but yeah - I’ve currently managed to get just over £1k in. Their lack of API is a little sad too, but not a huge issue given that many legacy banks don’t have an API either!

As an FYI, spoke to one of the agents at Plum, they claim to be working on integrating with the Monzo API, but that it is apparently “months” away due to issues with their provider. I couldn’t get them to elaborate on who that was, but it seems to be a pretty obvious miss. Monzo doesn’t have a savings facility (yet) and I do like Plum’s partnership with Ratesetter. An update on our API

We want to wait until we can offer our developer community a truly awesome experience.

Monzo is enabling select providers to access the API in the meantime but it’s not yet ready for anyone who wants to, to get set up.

PS - it doesn’t look like there’s a dedicated topic set up, for users to find out more about Plum, give feedback on their service & vote for (like the post) an integration. It might be worth setting one up, to rally some support

As at the moment, comments like these are getting buried in topics that’re dedicated to other providers.

I’m really enjoying Chip. I turned off the notifications so it’s quietly squirreling money away on my behalf and at pretty small amounts, it’s fairly invisible to my day-to-day spending/budget. Can see myself using this as a holiday fund, or for Christmas presents/shopping - will be interesting to see how much small payments accumulate over a few months.

Would love to see an integration with Monzo down the line given that will be my main current account soon.

Shameless plug…! Use my referral code to get an extra 1% on your savings - I3JRJN

Would like to get going with Chip, but I use an envelope system, get paid into an account then send out amounts to other accounts to service DDs, loan, credit card, mortgage and (Monzo for) spending.

Do you think Chip will therefore be able to analyse my outgoings? I’m unsure, and know it won’t yet work with Monzo.

I could be wrong, but think that should work fine. It would essentially see your various direct debits as “normal expenditure” - and try to save anything that’s left. I guess it’s not as good as using that account as your main account though (you mentioned you wired money to Monzo so I’m assuming you use that as your main account - this is exactly what I do).

Longer term, when it integrates with Monzo - it’s obviously better to have both buckets of spending (1 - normal, or direct debits you laid out, and 2, actual day to day spending - which you use Monzo for) - then I assume there algorithm would actually make more of an ‘assessment’ of our spending and ability to save. However, in the interim, it’s just squirreling money away for me without me really noticing, which I like, and can see it getting better in the future.

Can you transfer a significant amount into it manually?

Haha. Was just wondering if it’s possible to game it a little and get 5% on a large amount of cash

It’s worked well for me, I shuttle off money to a joint account once a month and then add to my Monzo weekly. Chip has regularly found savings from the remainder. There’s one way to find out.