Snagged a K3 yesterday. Excited to get it! How long did yours take to arrive?

Nine days from order to delivery. Dispatched around 24hrs after the order.

Not bought yet, but on payday next week I’ll be getting a new hard drive.

Get a great deal on a Samsung 980 PRO V-NAND M.2 1TB as well as thousands of products at Ebuyer!

They also don’t require any cables what so ever. So gone will be all those messy power and SATA cables from my PSU. Making my case much cleaner.

Really impressed with my Google TV.

It does everything I need it to do quickly and easily. No faffing with casting anymore.

One thing that always bugged me when trying to find something to watch was that all my sources were in different places. Apple TV was on my xbox, Netflix/Prime built into the TV, BT Sport I had to cast from my iPad.

Now it’s just press a button on the remote which turns the tv on and to the correct source and I can click on any of them.

Need to buy another one for the bedroom now

It’s really tempting me too, but I’m still trying to hold out of an AppleTV. Just for AirPlay, and access to the AppStore, really. And because I’m trying to de-Google my life as much as possible

That’s what I was waiting for really. But I doubt I’ll ever play games on it so not sure I’d ever actually use the AppStore and I think I’m set with streaming services!

But when Tim Apple finally brings something out for triple the cost, I’ll snap one up, if I don’t have Google TVs everywhere by then.

Really impressed with my Google TV.

It does everything I need it to do quickly and easily. No faffing with casting anymore.

I love it too but I’ve switched back to my Fire Stick as I bougth some Echo Studios and the Atmos support is just too good. It was a tough choice as I’ve got used to the Google TV and it’s so much nicer than Fire TV. Bloody lock in!!!

Ah, something I didn’t think of! I’m not getting a Google TV then because I won’t be able to ask Alexa to turn it on if I’m too lazy to reach for the remote. Apple TV will be fine again because I can just use my phone

Ah, something I didn’t think of! I’m not getting a Google TV then because I won’t be able to ask Alexa to turn it on if I’m too lazy to reach for the remote.

I find the concept that your TV just wouldn’t be on most of the time baffling!

I’m going to get my first ever vnand SSD

My next purchase is probably going to be a new CPU cooler, and some fans. After noticing a noisier PC, I started monitoring the temperatures… And boy it’s toasty.

So I need a new CPU cooler. The one I have in mind doesn’t fit my case. So I need a new case too. And the cases I like have glass panels. So I need some RGB… And if I’m getting RGB I might as well get some new RGB ram…

And by the end of the day my “fixing my cooling” will be like this: 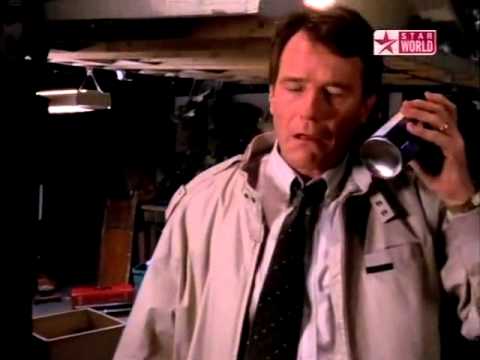 Nmve is just the communication protocol which that drive has too. The two are not one and the same. Or at least that’s my understanding anyway

The biggest thing for the one I posted is that it uses PCIe 4.0 so it’s twice as fast as 3.0

That’s exactly what I’m doing, same size and everything however what I have currently is a SATA SSD. I’m hoping that I can simply clone it and that will be job done?

I’m hoping that I can simply clone it and that will be job done?

Yeah that’s what I understand too. But I guess I’m lazy and that sounds like enough effort to put it off (yet somehow transferring everything to a new case isn’t effort?)

but don’t quote me on it. I just want those read/write speeds!

Getting windows and all my programs on there means it will fly.

yet somehow transferring everything to a new case isn’t effort?

I hate fiddly stuff. Be prepared to drop loads of screws, cut your hands threading through cables from your PSU, remove things because you can’t connect other things, squinting at the connector labels on the motherboard and just all round frustration.

Totally worth it though…

Not necessarily ‘bought’, more ‘repurposed something that was free’:

Sometime late last year, I applied for the free Octopus Energy plushy - ‘Constantine’
I chose to go for the big one instead of the little one, as the kids really like big plushies

It arrived yesterday and was a complete surprise! 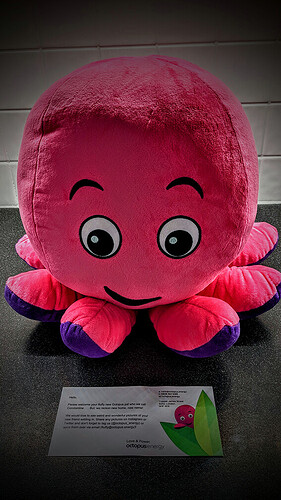 Then while looking at this adorable soft-toy, I had a light bulb moment. Literally

‘What if I stuck a Philips Hue bulb on it’s head and linked that to my Agile Octopus tariff via IFTTT - so I could place it somewhere like on the top of the fridge and it’d show if prices were currently good or bad?’

So that’s what I did… 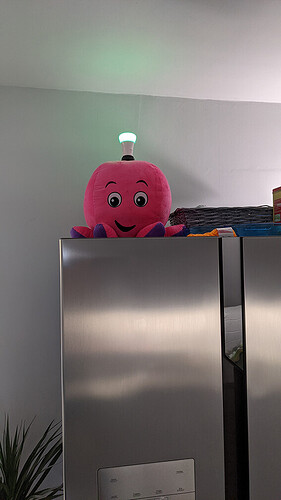 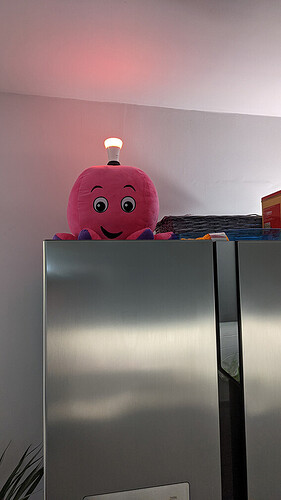 Under pressure from the kids though, to return the adorable thing into a toy rather than an indicator.

RGB all the things

I applied for one too. Hopefully mine will appear soon then

I want to join Octopus JUST to do this.

Do it. I can hook you up with a referral

Niiice mine arrived last week too. I saw that they were allowing people to apply for one again recently and there were lots of complaints from people having not received it from the first time - then a few days later it arrived.

Nice. Thank you for sharing. I hadn’t even heard of these. Just ordered one

In an effort to upgrade my WFH set up I dug out some old passive speakers from storage and then went down a rabbit hole looking for the best way to power them.

Turns out that decent amps have plummeted in price and are now tiny. So I now have one of these babies on my desk driving two bookshelfs and sounding fantastic. 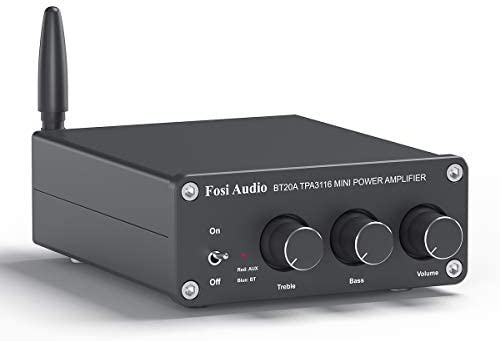