I am an engineer at Monzo. Truly sorry about this. We found an issue with adding card replacement to google pay. I expect we’ll fix this in a few days.

Does this work for Apple Pay yet?

Do you remember the process for you?

Flatmate froze hers, ordered new one, but Apple Pay is saying unavailable.

Ask the chat I can’t remember if I’m honest

(And we’re bringing it to Apple Pay soon too!)

Turns out this isn’t a thing anymore

Love how you put android before apple…its literally a first.

This didn’t last long. I had to freeze my card due to suspected fraud and am waiting for a replacement. Remembered this post a few months ago. Turns it it has been quietly deleted.

It hasn’t been deleted, it just doesn’t work if you ordered a card due to fraud.

The blog post at the top of this page has been deleted? It error 404s now. And the help sections have been changed so there’s no mention of adding to Google pay when waiting for a replacement card anymore.

Are you saying it does work if I freeze and order a replacement without reporting fraud?

Ah sorry I didn’t realise you meant the blog post my bad.

Yeah if I select damaged or broken it says “In the meantime, keep using your account with Google Pay if you like.”

Isn’t that a bit different? That just means Google pay wouldn’t be disabled rather than your new card would be issued direct into it before you received it.

Yeh finextra has a copy/paste of the pr blog post. It used to work for lost/stolen. But that seems to have quietly been removed. 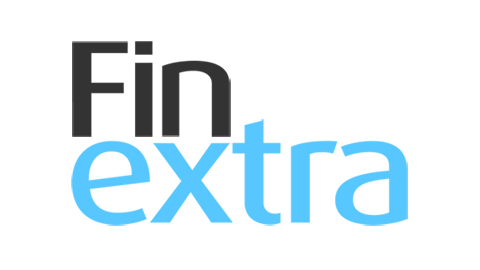 When you lose your Monzo card or it gets damaged or stolen, you usually can’t pay for things with your card until a new one arrives.

It also says in that copied blog post: “We’ll be making this possible with Apple Pay soon too! So stay tuned for updates.”

I don’t think that ever happened either although I could be wrong.

Would be especially useful if you lost your card on holiday or something so that you could use the new card on Google Pat/Apple Pay before getting your physical replacement when you got home.

I’d like the ability to freeze card in app (as we obviously can do now) but still be able to use apple / google pay. Nationwide do it this way.

That would be really cool

My wife recently lost her Joint Account card.
We reported it lost and Monzo informed a replacement was on it’s way.

The following day, she went to the shop and had a payment declined. Which was strange because when she got home and informed of the decline (which forced her to use another bank card to pay), I checked my phone after receiving no notification sounds. The decline message(s) were not in my transaction list of the Joint Account

After some serious head-scratching, I figured out what was going on. The report of the lost card had triggered Monzo to kill the lost card (understandable) but a side-effect was that the JA card in my wife’s Google Pay account disappeared and so GPay defaulted to the next card in her GPay account - her Monzo Personal Account. But there were no funds in that account - hence the decline at the shop terminal which I didn’t know about (because it wasn’t the Joint Account being declined!)

So a couple of considerations from this - not only can you not use GPay instead of a lost card, but reported-as-lost cards also auto-disappear from Google Pay accounts!

I’ve been caught out by freezing my card in app, it causes it to be frozen in gpay, and if it was the default there it will no longer be , unfreezing the card in monzo doesn’t make it the default again on gpay, you have to do it manually.

I’d like the ability to freeze card in app (as we obviously can do now) but still be able to use apple / google pay. Nationwide do it this way. So if I misplaced card I know I’m not going to get a surprise cos someone has found my card and go’s on a contactless spending spree.

1 Like
Most appealing feature in Monzo Plus?
← previous page next page →