With Travel Reports now on Android, I got my first the other day after a trip to Portugal and so I thought I’d provide some feedback. 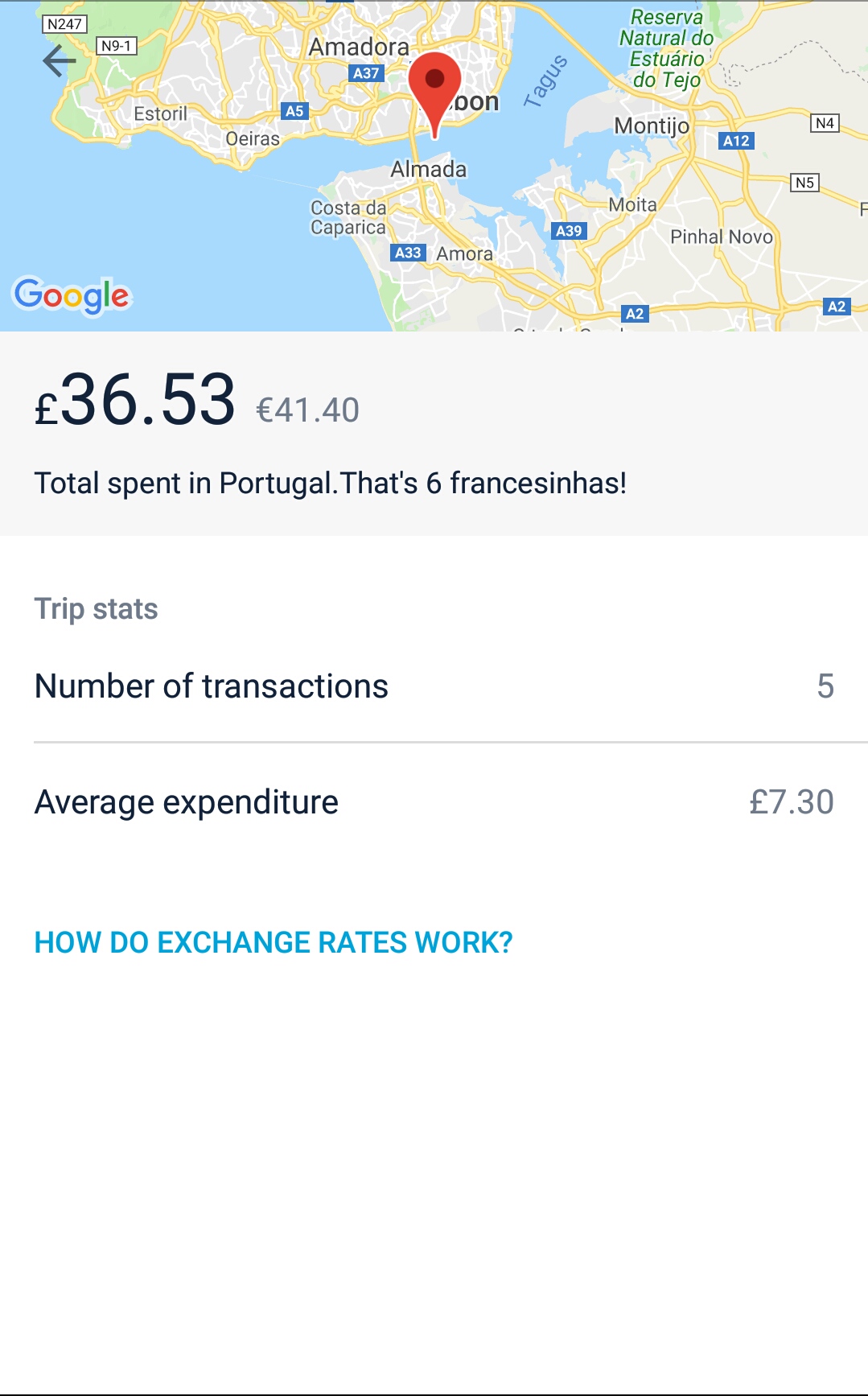 ISSUES
– Didn’t include cost of an Uber trip I took in the total, even though the transaction initially came through in euros.

– Didn’t include money I transferred to other people during the trip in the total.

– It would be cool if the map at top had location pins at every transaction location for the holiday instead of one pretty useless pin seemingly randomly placed in the country.

– Something saying the length of the time in the country (eg: You were in Portugal from Wednesday, 27th June to Wednesday, 4th July)

– Something saying the average settled exchange rate for the transactions.

Does anyone have any other ideas to improve Travel Reports?

A settled rate could be different for every transaction

Though both would be nice, a lot of detail would need to go into how they’re delivered to cater for all situations which would complicate the journeys and UI

A settled rate could be different for every transaction

Maybe it should only include money sent and marked as “Holiday”.

I’d like to be able to manually start a trip, purely for the automatic categorisation.

I recently holidayed in London but had to manually change the category of every transaction to Holiday since I was still in the UK.

Otherwise I really like the travel reports, I think they’re one of Monzo’s best features. Something you don’t realise you need until you have it.

Damn. Just realised that Monzo picked up on me categorising my London purchases as Holiday and has been doing the same with those merchants since.

Time for some retroactive recateorising.