At the start of the quarter we published our company goals. One of them was Growth! It’s the first time we’ve focused on increasing customer numbers in around a year, so you might see the odd change to golden tickets and new ways to use Monzo with your friends cropping up.

In doing this we’re looking at is changes to how golden tickets work – and a possibility is introducing rewards for Monzo’s ambassadors, the people that are introducing their friends and others to Monzo.

One reward we’re going to try out is a sign-up bonus. If you invited someone to join Monzo then both you, and the friend you invited, would each get a top-up from us to say thanks for helping spread the word. 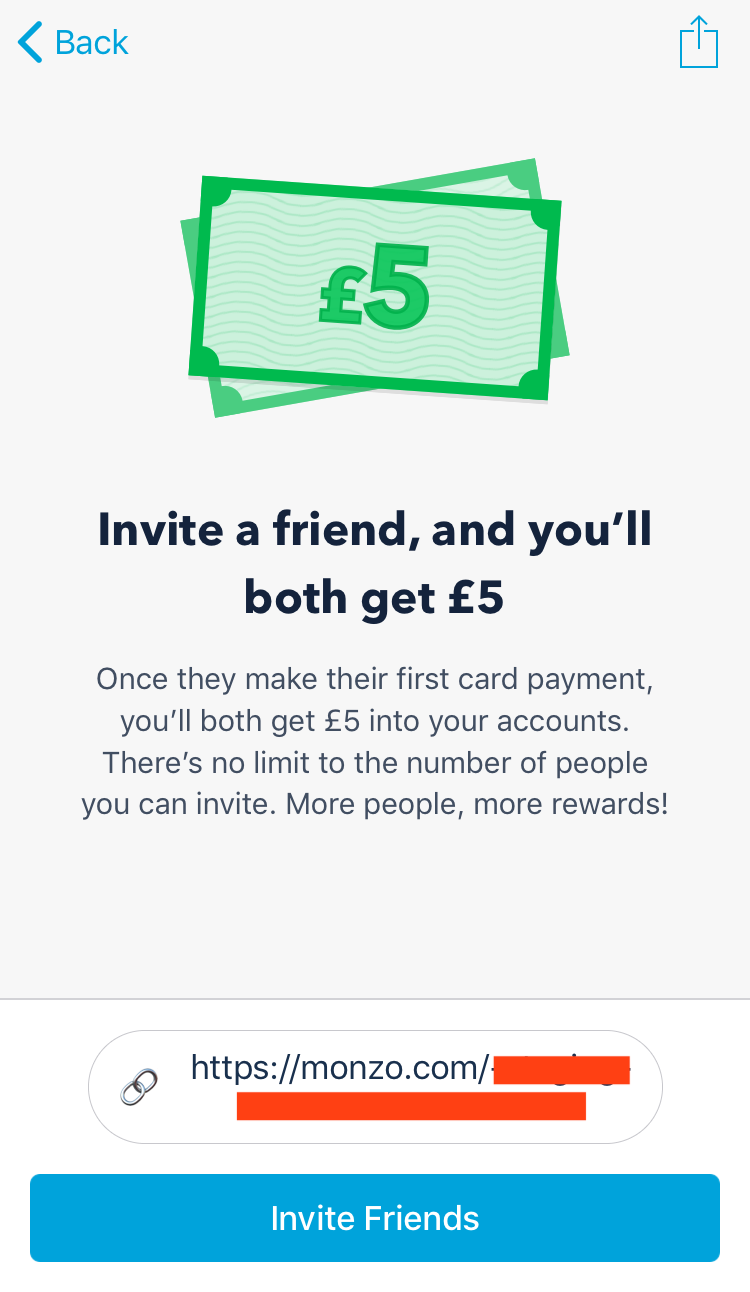 This will be run as a small trial, so it won’t be available for everyone at the same time. We’ll also be iterating quite quickly, it could change a lot in the future or disappear entirely.

When companies advertise online or in the real world, they are paying some amount of money to bring new people to their product. We’d love to see if we can pass that reward on to our customers instead.

It can easily compensate the lack of interest on the current account. I believe, I could easily manage to sign up 2 folks a year = £10.

More likely for me than keeping £2000 in a Starling account with 0.5% interest for 12 months, and getting exactly the same!

Sounds interesting! How do you get on the trial?

@Rika will be buying us all dinner with this

I think this is a great idea, will be interested to see how well it goes for us.

Will it be back dated for all the golden tickets we’ve already given out?

If it could change and disappear, what would happen to existing referrals, I know something like a new bank account takes some people time to consider. Would be a bit gutting if you have given out, trial stops and they use it a day after!

Hey - for the initial trial we’ll be adding people randomly

Hey - for the initial trial we’ll be adding people randomly

OK - How will people know if they are on it?

Personally I’m not sure I like this idea… could lead to a lot of inactive accounts just to help a friend out and get £5 themselves.
It does go against monzo’s view that a good product will sell itself.
Although I do see it from a point of view that this money would otherwise be spent on an advert so why not let it go direct to a user.

As @daniel said on slack it shouldn’t be ruled out though, we may be surprised by the test

If it works awesome

If/when we stop the trial, you won’t be able to invite new people, but people you’ve already invited should get their invite bonus

They’ll receive an email and a feed item about it, with their referral code.

I’d be amazed if it’ll increase the sign ups per day over 3,000 (which I already thought was a lot!)

Personally, it’s catch 22, £5 referral money to lots of People VS a huge advertising campaign… More chance of a time waster realising how good it is, to an unnoticed advert ? I’m on the fence but defo appreciate the trial !

They only need to sign up and make 1 transaction to get the £5. Is this enough to experience Monzo?

They only need to sign up and make 1 transaction to get the £5. Is this enough to experience Monzo?

Maybe Monzo could randomly change the amount of transactions they need to make to get the £5 as an experiment to see if it reduces customer churn. One transaction does seem too few.

There’s probably a trade-off between requiring enough transactions to get the customer hooked on Monzo and not requiring so many that people don’t think it’s worth it for the £5.

I suppose limiting it to people who they can tell are Full Monzo to provide the invites would also remove any chain of users signing up and instantly inviting others.

I suppose limiting it to people who they can tell are Full Monzo to provide the invites would also remove any chain of users signing up and instantly inviting others.

I’m not sure how they could do that without specifying a certain amount transferred per month, which discriminates against people who don’t have much money or a regular income. Even if they could what happens if someone goes Full Monzo then stops again?

Also, this seems more like a get £5 to give Monzo a go kind of thing, the actual features should convince them to stay.

I’m not sure how they could do that without specifying a certain amount transferred per month, which discriminates against people who don’t have much money or a regular income. Even if they could what happens if someone goes Full Monzo then stops again?

It was just an example , of people whove been using the account regularly for things over say a few months I don’t know

Like I said in my original post. It will be interesting to see how the trial performs. If it turns into lots of new people who use Monzo as their main account then