I’ve kinda deliberately not been in this forum for a few months. Throughout lockdown I’ve been much more conscious of how I spend my time and that means less time faffing about online!

What’s striking, coming back here now and then over the past 3 months is just how little has moved forward.

Lots of the same conversations about hoping for features that we still don’t know are being worked on, yet my app looks and feels the same as it always has - caveat: Monzo have never really announced a new feature in a way that allows me to know about it unless I’m reading the blog (for which the RSS feed doesn’t work so … meh), or visiting the forums. It’s all a bit quiet.

Or am I wrong?

It’s been quiet, but a lot of background structure-based improvements which aren’t directly customer facing - yet.

Open banking will get better and now the whole payment processor is in-house. Not-so-insignificant steps for the future in terms of deployment!

None of which I knew about because not announced? Or buried in a forum? I fear I’m heading back to beating that old drum about a roadmap/comms…

It feels like you’re talking more about your expectations than either the forum or Monzo to be honest.

Is Monzo life the same as when there were 59 staff inventing a bank? No.

Do I ever expect to see that again? No.

On that basis I’m not expecting much more than we’re getting. Priority 1 I keeping services running for 4M people and that takes effort.

But my expectations were set over the last 6-8 months through the flurry of ‘Plus’ and ‘Business’ and lots of chat about features and presentations from Monzo that… have all dried up? But yeah I get the not-sexy stuff needs done.

I’m happy with the app/service, just curious if it was just my perception.

I think you’ll see it when Plus is announced but there’s not really been anything to shout about, and, ya know, a pandemic going on.

I guess also for the most of the last 4 months we’ve been amid Crisis.

Not sure what the Furlough situation is today with the full Monzo team, but they’ve definitely not been at full capacity.

My reflection on the same point, especially after Plussy stuff from last year, is that I don’t think Monzo even want to open themselves up to that level of potential criticism, if they posted more publicly for 4M users.

There’s this constant balance of “where’s the innovation” / “where’s the new stuff” - but also mass criticism - some positive but not always - when it’s not quite right, or worse, when it doesn’t fit the bill for everyone, all the time.

I think they still have some form of annual update - Investival recently, and they had that 1 day event talking about “The Future of Monzo” (or something similar), so I think there is a cycle to anticipate. And I hope they keep doing those.

But I also think there’s a massive expectation of Stuff, in a landscape that likely isn’t going to develop super duper new features - and primarily the focus will be on the back end stuff that makes the bank more efficient.

Investival was a year ago. 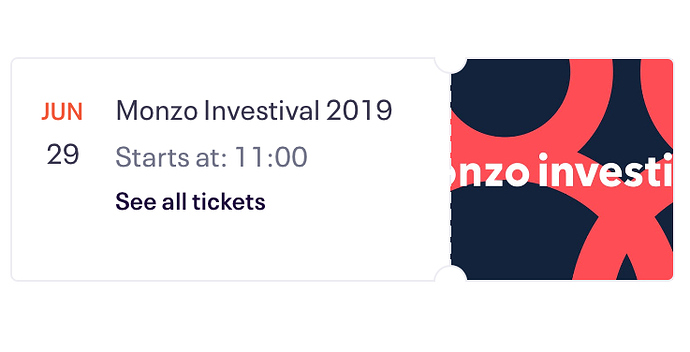 Monzo have never really announced a new feature in a way that allows me to know about it unless I’m reading the blog (for which the RSS feed doesn’t work so … meh), or visiting the forums

I’d like a working RSS feed too, but another option is Monzo and Making Monzo Twitter accounts. Web to RSS generators also an option ( e.g. https://rss.app/ ). To really cut out the noise could point it to blog posts tagged as product updates - https://monzo.com/blog/product-updates

So use a web to rss generator?

Or am I wrong?

No I don’t think you are, personally.

I used to come on here quite a bit - but now it’s just the same posts about “coming soon” features, the odd new one and a whole load of speculation.

I said before I felt this forum would become an “echo chamber” over time and I stand by that comment.

That must have taken some effort to set up. I can’t see too many companies agreeing to an easy cancellation mechanism so it will be interesting to see if it works in the medium term.

What’s striking, coming back here now and then over the past 3 months is just how little has moved forward

For me, it’s about how Monzo compares against Starling, Revolut, Monese etc. It’s all very well developing things in the background, you’ll look stagnant against the competition if they’re regularly bringing out great features.

I doubt the companies need to agree to this, the banks already have the facility to stop & block these types of payments if you ring up and ask them to do it, just looks like they’ve made it more user accessible so saving people having to contact them and also at the same time giving more visibility on these types of payments

If this is only about cancelling a direct debit then they’re misselling it big-time.

No different than cancelling any payment plan when you’re still in a contract that’s between you and the company in question to sort it out.

I read it that Lloyd’s were actually offering a cancellation service so if they’re not then I go back to where I started, it’s misselling a pretty basic service as something it’s not.

The screen shots do show it as a cancellation service as it mentions they may not be able to cancel some and to come back to the app in a few days to check for an update, still sparse on full details