So this isn’t my Monzo card but I know people on here are way better at the technology on a card than I am.

I’m currently on a business trip in Thailand. I just got a coffee from McDonald’s and used those self service machines to order. I put my work credit card in and it processed and approved without a PIN. This isn’t massively unusual so I didn’t think it was odd.

Out spits the receipt with my order number. Four digits - which was my PIN. I sort of thought it was incredibly random and couldn’t quite believe I would happen to be assigned that number.

Is it possible that this IS my PIN and the machine has somehow obtained this or just a very odd and freaky coincidence?

Could it be that you entered your pin at the point you thought it was needed (as it wasn’t written in your native language) and you inadvertently somehow entered it into the order number field of the machine?

I can’t see that a big company like McDonald’s would allow this in any of its stores anywhere in the world. It would ruin them

There’s no way to read out the PIN out of a card. This is coincidence, or as the post above suggested, you accidentally put it in the wrong field.

No I didn’t enter a PIN at all. The terminals are all in English. It went straight to approved.

I’m tempted to try a random purchase again and see if it happens.

Like I said I don’t know the technology but holy shit what are the actual chances of it randomly spitting out the only 4 digit order number that just so happened to be the exact number I use for a PIN?

Your pin isn’t the same as the sequence of any 4 digits in your card number?
Try a different card. If it happens with that run and hide because it’s too freaky

Then proceeded to authorise. I didn’t even come close to touching any numbers.

No and I’m looking all over the receipt to see if anything matches my PIN other than the order number. Nothing.

My only other card is my Monzo card.

Go to an ATM and change the PIN, and then try it again and see for yourself that the numbers displayed before will no longer match your PIN. It’s just a random coincidence that whatever numbers they were (probably some transaction ID) matched your PIN.

Very unusual that the order number didn’t match the usual format especially on the self service. I’ve seen it be a random number for drive thru and Uber eats but never the self service machines 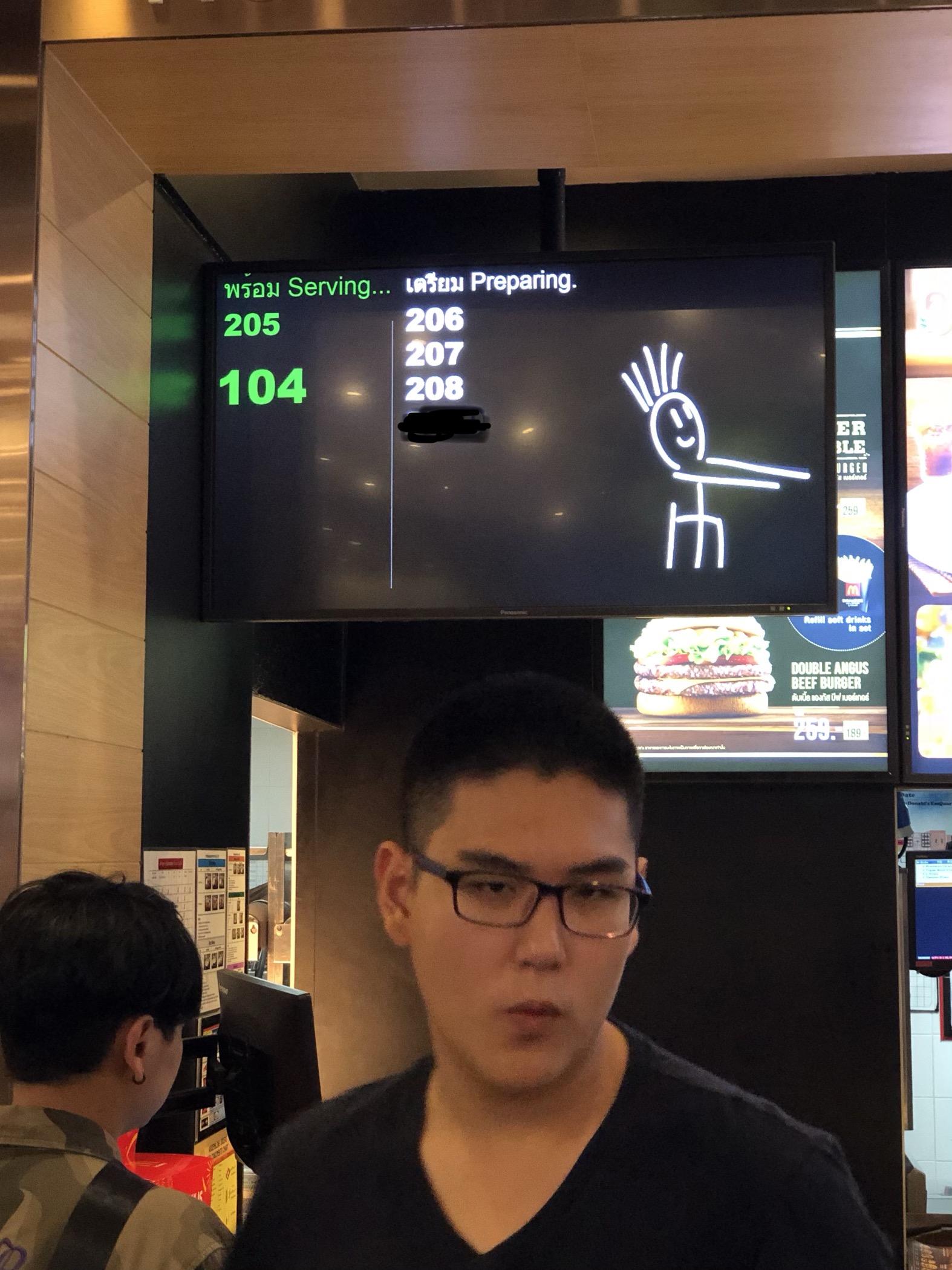 My PIN is not in the order sequence and was 4 digits. That’s how it appeared.

Just got something with my Monzo card. It didn’t ask for a PIN again and spat out a 4 digit number but it wasn’t my PIN.

So just a coincidence. Jesus. How likely is that?!

Told you multiple times. You owe me a beer now.

What is the actual likelihood tho? The 4 digits even with Monzo were entirely random.

Or so you think…

Haha. What I mean is they didn’t fit the other order numbers either. Not even close.

So I assume for whatever reason non-Thai cards (or at least UK cards) are assigned a random 4 digit order number (why, I don’t know). But of all the possible combinations the chances of it assigning that exact combination for the exact card and at the exact right moment in the order sequence must be astronomical?

I’m hoping someone does the math…

(I did the google instead

The bigger question is, why are your cards displaying four digits?