Monzo Plus card in Apple Pay

Issue: when adding Plus card to Apple Pay it does not generate the correct image for the card and instead has a generic blue card. 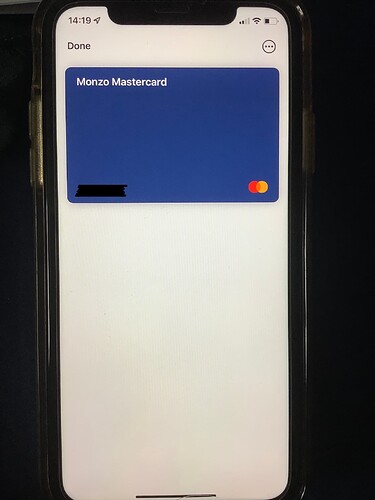 Something unique! I want it.

Did you add it via the app or manually, so I can try to replicate it properly?

Hope it’s not limited to needing a new card.

For a potential fix if you don’t want that one, have you tried removing it and adding it again? Although personally, if it were me, I’d try to keep that one!

This is for my wife who just got Plus. The card automatically swapped over in Apple Pay after activation and looked like this, so I removed and added back on via the in app button but still got the same result.

I’ll try adding via card no in Wallet when she gets back home.

I think @Carlo1460 mentioned there was something going on with Mastercard/Apple Pay.

@fintechfollower does the card work for payment?

Good question. She’s about to find out as she’s going to the opticians so if I get an angry phone call I’ll let you know

Good luck and hope the payment works as it should!

I do actually like the shade of blue (when I first saw it, my head went right to Tesco Bank which I think is similar).

But missus wants the shiny

Looks better than plus card I think. Mastercard logo very small but.

So update. Wife didn’t have to use her card for purchase in the end so that’ll have to wait for another day. I did remove the card and add manually in Apple Pay and the problem persists. Most odd.

Curious if the Mastercard issues @michaelw90 mentioned are to blame.

In a rather underwhelming conclusion, my wife came back from work today and showed me her phone. The image in Apple Pay has updated and is now what it should be.

I’ll put it down to some dark magic and leave it there.