Issue:Monzo doesn’t use the default mail app settings on iOS 14 for magic link

Details to reproduce: log out of app and then back in to send link. Clicking on ‘open mail app’ opens the iOS mail app rather than the default mail app.
OS: iOS 14
Device: IPhone XR
App Version: 3.50.0 (673)

Surely it must be, I mean it went public today…

Are we saying instead of opening a 3rd party app it opens the default one? Or that it doesn’t’ send the link?

Or that it does and it doesn’t log in

However, I don’t think that functionality was available in any of the BETAS (I’ve not even checked if it’s in the release) plus Apple kinda sprung the release date of TODAY on app developers, so I’m gonna guess Monzo are working on this but got caught out?

Default Mail app is the iOS Mail app, but it’s not open8ng ur preferred Mail app?

Cross posts - iOS14 allows you to choose your preferred email app and set it as the ‘default’.

Sorry to try and clarify, I just set spark as my new default mail app in the iOS 14 settings.

In theory, whenever clicking on a button that should open the mail app, the default email client should be opened instead.

I wanted to test it…

However, this opens the Apple email app rather than my default, spark.

Thanks for flagging. I’ve made the team aware of this 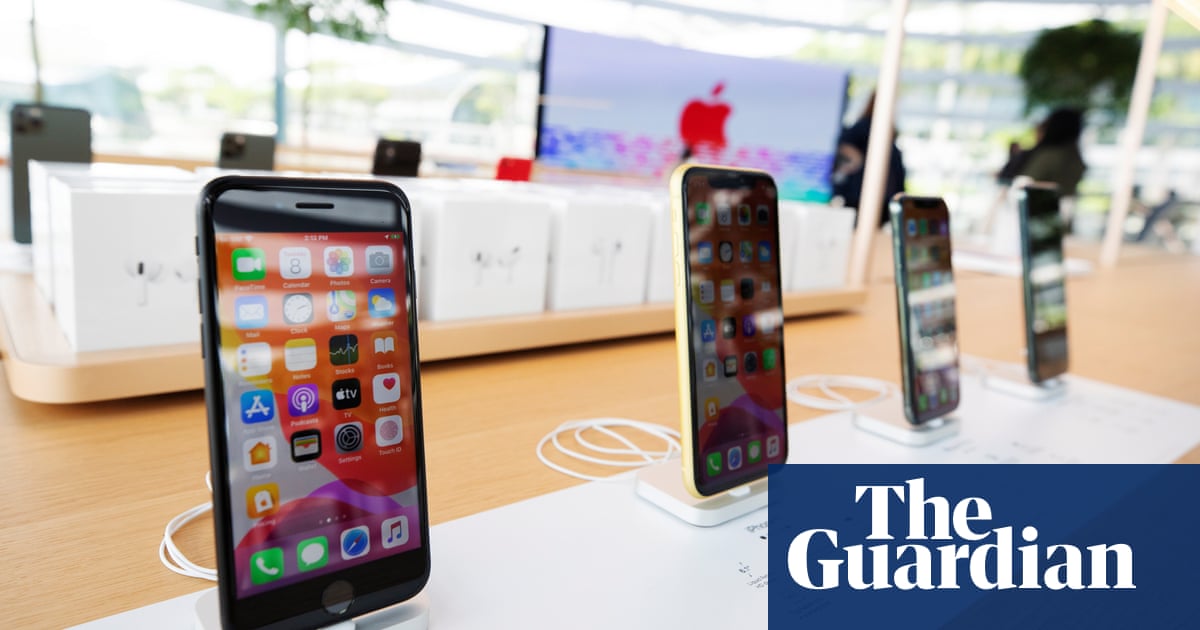 Not really applicable here as it doesn’t rely on an iOS 14 specific API. They could have tested and fixed it in June. It’s a very simple fix. We had to fix this for two of our apps, which went live on the store yesterday and link out correctly to the user’s default Mail client of choice. In fact we had this working properly for some users in the early betas too.

This was my understanding too.

If developers had used a link to the “default Mail app” before, then with iOS 14 the system will detect your setting and send you to the right place.

But if developers hardcoded a link to the “built in” Mail app, then this will still only open that link, so that is the issue here.

Ironically, many developers previously would offer a choice of common Mail apps if they could detect that they were installed (Mail, Outlook, etc) and obviously this kind of prompt will work the same in iOS 14 so will not direct to the system-set app, it will not trigger the system-level behaviour precisely because it was always intended as a workaround to there not being a default Mail client option in the past. Traditional buttons which just opened Mail (the built in app) generally will just work though.

From memory, I think Monzo offers a choice of Mail and Outlook (at least) so this may be the issue.

This was the issue we had. We’ve now ditched this system in favour of a single option that will just launch whichever mail app is default now. Not the most ideal for those who are maybe using several different mail apps (though in our testing that’s a tiny minority of our users) for various reasons and may need to open a non-default app, but we’re working on a pretty clever solution for this right now by applying some on-device intelligence!

Yes, I agree with you that ditching that system makes sense but I see the problem that then you are reliant on 1) Mail apps updating to support the new option and 2) on users understanding how to set it (a cynic could say that Apple appear to have deliberately buried the option in an obscure place).

On-device intelligence sounds like a neat solution but extra work of course!

It’s also understandable how we have got into a bit of a mess with some developers hard coding a link to Mail.app (the built in client) rather than using a link to trigger the Mail client in what was always the “proper” way anyway, since previously it made no difference. Now this change suddenly means you can have very different behaviour from the two.

One of the new features in iOS 14 is the ability to change the default email or browser app to a third-party alternative such as Chrome, Edge, or Outlook. A bug in the first public release of iOS 14, however, causes your default browser or mail app...

I am sure iOS 14.0.1 will be incoming within a week, they always do release a quick bug fix!

iOS 14.1 beta will also likely start soon, expect the new iPhones to launch with iOS 14.1 within the next couple of months.

Using these on my personal devices now makes me wonder if anyone enrolled in the public betas actually tests them!

There are lots of annoying niggles and broken features this time around. Probably best for the other more relevant threat in the September event, but so much across all the systems is broken. my iPhone lost handoff and continuity, and refuses to connect with my other devices. Does iPad even have anything new besides pencil stuff and widgets? All the TVOS headline features just don’t work, and the update made it forget it was my HomeKit hub which broke all my smart home stuff. Been a nightmare of a day trying to get my devices back in working order again. Really frustrating experience as a consumer this time around.

I also think iOS has now crossed a threshold where it’s trying to do too much, and just keeps adding stuff that now makes the whole experience convoluted and confusing in many ways. It’s lost a lot of the it just works magic this year. Many of the early bugs turned out to be just me not being able to figure how something worked, how to use it, or where to find it.

I sorely hope that 2021 is a snow leopard year. iOS definitely needs one.

Using these on my personal devices now makes me wonder if anyone enrolled in the public betas actually tests them!

Apple do advise even public beta users to not use the beta on critical devices plus to always back up. Often, when troubleshooting an issue, they will also ask users to restore the device to see if it clears the bug. So it comes back to the fact that beta testers are not all actually using the devices in the same way as average users on the public release - meaning bugs are missed. Developer betas are always strictly not for use on a primary device.

There is also often a problem of “software matching” regarding iCloud features. By this, what I mean is that the new software can change how data is handled in iCloud, breaking compatibility with old software. It’s all fine if everything is on the latest releases, but it can cause issues if you are running a mix of software. This year, for example, this has happened with upgrades to the Maps app. There is all sorts of stuff about this in the beta release notes.

The trouble is Apple have now released iOS 14 without releasing macOS Big Sur at the same time, so this sort of issue is likely to crop up. Ideally, they should release all their new software versions on the same day (or if you have lots of Apple devices and features like Continuity and Handoff are very important to you, it’s best to wait until you can upgrade them all after all the new software has been released). I think Apple takes a relaxed view about this as they know most users probably have only iOS devices and aren’t affected, and some will have Macs but not care, while still others will be technologically-minded enough to know not to upgrade yet.

As others have said before me, it all goes back to iOS development having to be set not to a software timetable but a hardware one - meaning that Apple often has no choice but to ship software even if it is not ready in order to meet deadlines for hardware releases. They consider this to again not be a major issue as, with almost everyone having access to the internet, they can always release patches later. But it does mean you have to expect the initial .0 release to be a bit rough. Last year, for example, Apple knew iOS 13 wasn’t ready but it was missing the shipping deadline - so they packaged up the beta code into a GM and started loading it on iPhone 11s at the factory. At the same time, they incremented the build numbers to the .1 branch and continued beta testing (now on a release which was nominally iOS 13.1 but was really always intended to be considered as iOS 13). They never meant for anybody to actually use the iOS 13.0 build, but it was something they had to put on iPhones at the factory and then release to the public so they could back up their old phone on iOS 13 and transfer across to their new one easily. If you weren’t upgrading to a new iPhone, you were really supposed to wait until iOS 13.1. An interview with an Apple engineer later revealed that they only expected these people and “early adopters” to upgrade straight away to iOS 13.0.

iOS 14 is supposed to be something of a less-major release, and it isn’t too bad now, but the last real Snow Leaopard style release on iOS was iOS 12. Bug Sur, though, is a major update this year and probably why it hasn’t been released yet as it isn’t ready.

I personally run the betas on my main devices even though Apple advises against it, but I make sure to do both the macOS and iOS betas to keep my Mac and iPhone in sync. I have seen no issues with iCloud features this year as a result. Since Big Sur isn’t being released yet, I specifically told my sister yesterday to switch off auto-updates so that her phone doesn’t break compatibility with her Mac.

iOS 14.1 beta will also likely start soon, expect the new iPhones to launch with iOS 14.1 within the next couple of months.

I think I was half right, I still expect iOS 14.1 to launch with the new iPhones, but for us on the beta track we have skipped to iOS 14.2 already! Probably to do with wanting to make it easier to hide references to new iPhones in the code, and iOS 14.1 including little but code to support the new devices. iOS 14.2 now seems likely to be the touch-up update for performance.

remember apps needs to be updated to fully support ios14

If this were the dev or public beta, I’d agree with that, but since this is release we’ll have to disagree. It’s not like monzo (as other companies also have) have not had access to the dev beta’s since June or anything

EDIT: I think I’m being harsh here, it’s been a difficult transition to iOS14 supporting apps