Been always like it. Whenever I enter the app is laggy, not always but most of the time yes.
When I access the Summary it gets stuck and I have to wait, it comes back to normal and I scroll down and it gets laggy. The same is with the transactions page (the main page)… Every app I have on my phone works fine, Monzo is the only one that is laggy. I really don’t understand why :\ , I tried to reinstall it but is the same.

Feedback about the summary page:
Is so confusing and harder to understand. I liked the old one to be honest. Maybe it is still under making it better. Or is just me crazy lol

I too have noticed this recently. I sometimes have to kill the app as it gets so “sticky”. Haven’t really been able to figure out why it’s happening but it’s recent.

Exactly, I think is something to do with Monzo app getting all the data from the server everytime when you access it… i think.

Always worth deleting the app completely and reinstalling it from the app store.

Have you noticed any other apps slowing down? Mines been great!

I’ve said that I have reinstalled the app but the same. No clue why

Apologies I missed that part

Same here. Scrolling down the transaction feed feels sluggish, it’d be nice to be able to turn off Pulse (graph), I think it’s one of the causes.

For me it’s on my joint accounts where I have no pulse graph. It can get very laggy coming in and out of transactions

I’ve had similar problems. I’ve just uninstalled the app and retried but no better. I’ve found it noticeable when I go to the Payments tab, which seems to take a second or two, and then scrolling through the Contacts on Monzo list, which almost seems unresponsive until the list scrolls along a couple of seconds later.

The Home tab is painfully slow, perhaps because I can see my entire 2+ year history. I really think there needs to be some kind of archive feature to store that information on a diffferent page. I may only want to show the last 2 months and my current month spending in the first page view, and then the further can be stored separately in a page that is ultimately slower, until that problem can be resolved, making the experience in the immediate parts of the App more pleasurable.

Monzo is, and it’s a feeling and not measured in any way, the slowest App on my phone now, has been for maybe 6-12 months.

Would Monzo adding the ability to clear the cache on the iOS version help? Rather than having to delete & reinstall?

Good suggestion, not sure if it’s been thought of

Would Monzo adding the ability to clear the cache on the iOS version help?

Is this not an option in iOS settings?

(On Android, you clear cache + app data via Settings)

iOS manages app caches automatically. You can build functionality in the app to clear app caches

What does this do then as everything seems to reload when I used it before? 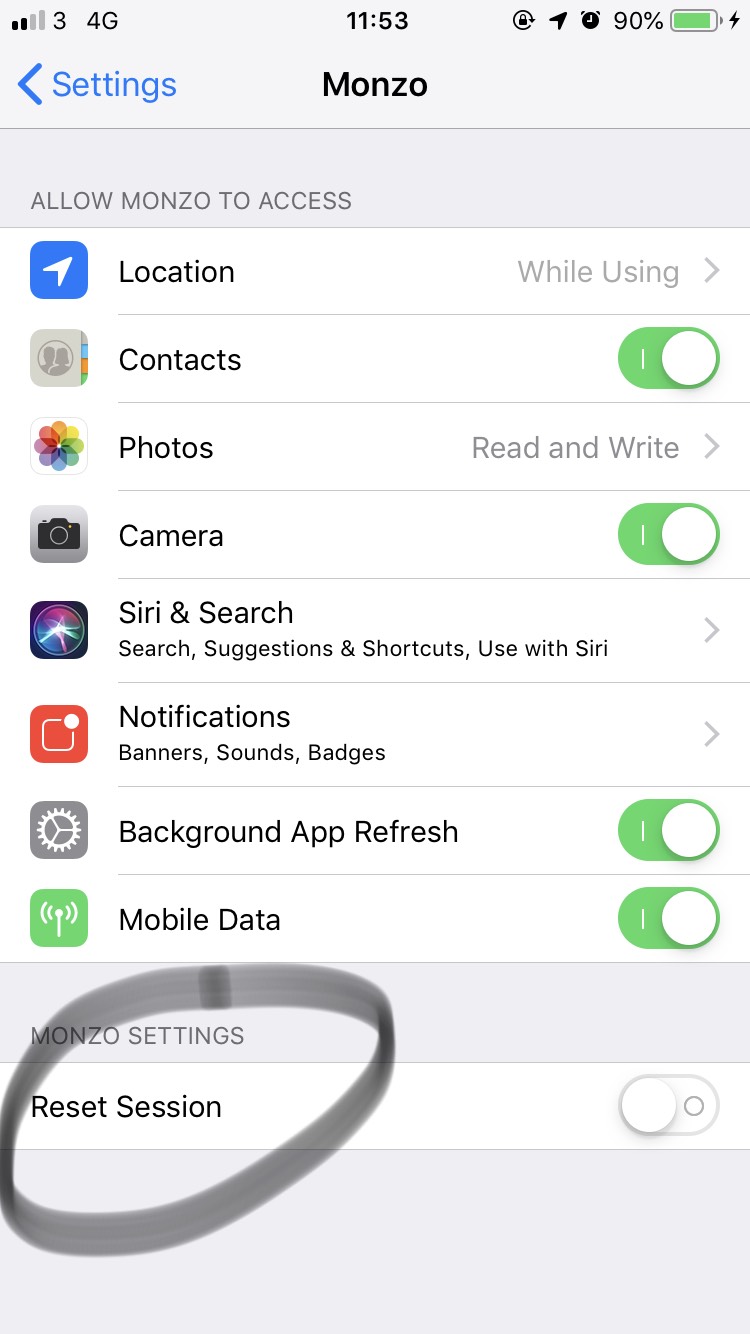 That wipes your brain and you get reborn. Don’t touch

I asked - it clears the cache and keychain

Might be worth adding some text to the help section to make it clear what that does.

Reseting the session or reinstalling the app is the same.
I was visiting Monzo App for so many times in the past, but sense is so laggy I stopped going into my monzo app, maybe once a two days. Which is bad because I lose track of my money and spendings. I literally don’t want to access monzo app when I know how laggy is and makes my phone seems so slow. It just get ultra laggy.
Wanted to try Join Accounts from the labs… I don’t dare to do that. If it is laggy now, how laggy would be having more data coming up and another tab… hope it gets sorted soon

The app is going from bad to worse in terms of performance.

Now when I launch it after authenticating with my fingerprint the screen goes black for 2 seconds and then it slowly loads the home screen. Navigating around is very painful and laggy.

Why is it not paging the home screen? Loading all that data in one hit seems crazy.