Surely in a fair few years anyone who actually used Imperial Measurements in the past will be dead and buried / scattered etc.

I’m sure he thinks this will help him survive partygate 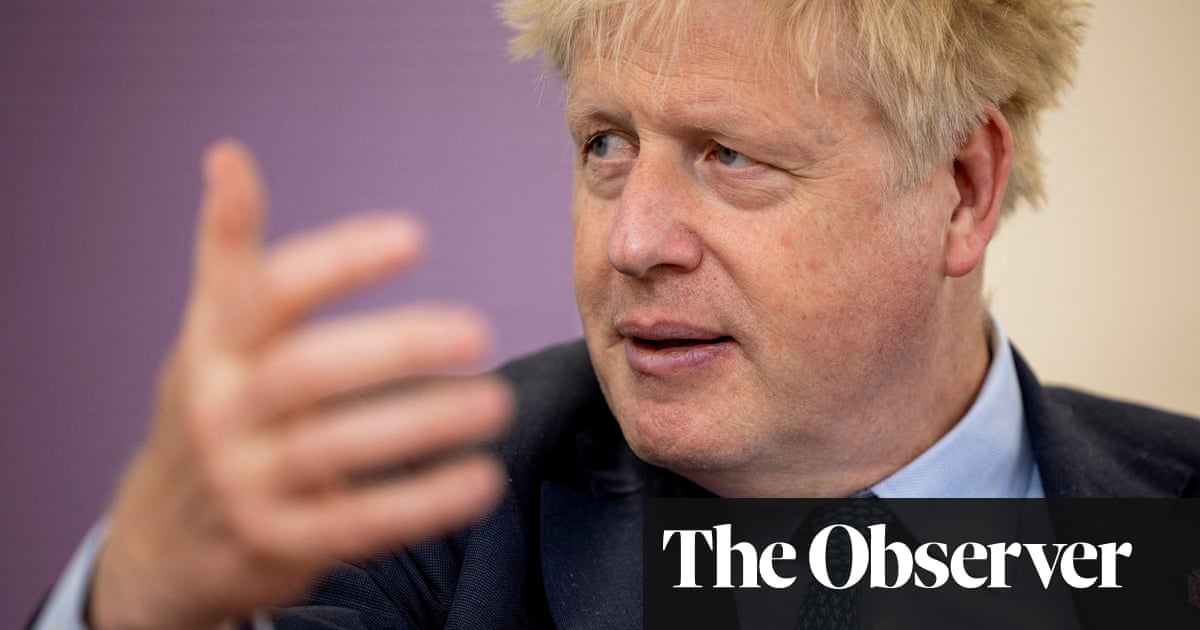 I’ll only be happy when they bring back the Libra

That you know of

Give them an inch, they’ll take a mile

I was looking for wood yesterday in B&Q, I knew I wanted 2x1” but nothing was marked up like that. I expected both.

This won’t change that though. All it’s doing is allowing greengrocers and the like to display in imperial measurements only.

Both has always been okay. It’s also very unlikely any major retailers will revert to imperial only measurements.

It would be stupid for any business to use imperial only considering a lot of the population dont really have a clue what imperial measurements are. I certainly wasn’t taught them at school.

I know same! Although I always get these weird looks when I order 568.26ml of my favourite IPA

a lot of the population dont really have a clue what imperial measurements are.

This is undoubtedly true, but while I am perfectly happy with metric measurements for length, I use imperial for distance. And I still have to convert weight from kg to stones and pounds (I have no idea whether or not 100kg is a lot for a person to weigh, but I do know that 18 stones denotes a large person, for example).

It’s so pointless! I’m under 40 so I know the usual U.K. mix up of measurements. My weight in stone or KG, my height in feet, cider in pints but all other liquids in ml and food in grams.

They won’t correlate so I can’t see the point of a shop showing “100g or a random selection of other units”.

No-one under 50 would’ve learned imperial measurements at school. I certainly didn’t. It’s not a problem for the vast majority of the population. It’s madness to say you’ll turn the country into an imperialistic theme park to appeal to a dying base and distract from encroaching fascist autocracy.

What about when you’re cooking/baking? I too do people weight in stones, but that I put down to bathroom scales being a “buy once” thing so lots of households had old ones. When it comes to food, though, I am absolutely all metric.

What about when you’re cooking/baking?

Metric, because that’s the way recipes are written, but if you sent me to a shop for 2lb of sugar, I’d know what size packet to look for, if I was looking for the equivalent in kg I’d have to read the packet.

I’ve always just had a mental block on ‘stones’.

It feels so primitive aha. Weighing people in rocks.

Ahh, I see. I wouldn’t have a clue what to look for if I was sent for 2lb of sugar

But if the recipe calls for 200g and I’m sent to buy a 500g bag, I know I’m looking for the medium one on the shelf (because the large ones are 1kg).

In Year 5 in English primary schools, the National Curriculum states that children need to know about inches, pounds and pints and start to convert between their metric equivalents. In Year 6, children will additionally be asked to convert between miles and kilometres.

I’m guessing it continues at some point in secondary school but I’m a primary teacher. I vaguely remember myself in the 1990’s having to learn inches/cm, kilometres/miles for my GCSE’s. I don’t have a clue converting anything (as I’m a Year 3/4 teacher so don’t teach it) as I have never applied it since. [Edit: Removed]

You are correct however, it is a pointless exercise as no-one under-40 has ever probably applied it so will have promptly forgotten everything as soon as they were taught it. I know the Year 5/6 teacher thinks it’s a pointless few weeks of teaching, and she’s in her late 50’s.

So technically speaking, I’m still not wrong to say they never learned it

I certainly have no specific recollection of having being taught imperial measures in the '90s, and have always remembered it as always using metric.

It could be worse I suppose… We could be Americans using 1 cup of flour, ⅛ cup of sugar