They put one in my dad’s place but the meter is in the basement where there’s no signal so they estimate his monthly bill, I don’t know where they come up with their figures but they are insane and just pull by direct debit, and he just gets a big refund every year. 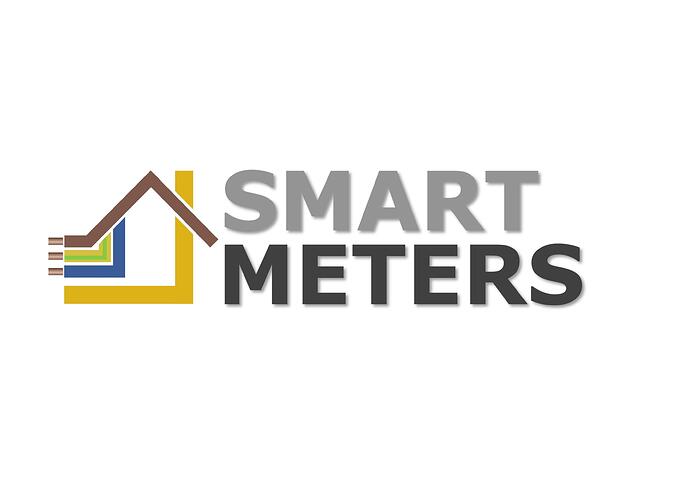 Gives details about Smart Meters being installed for electricity and gas in the UK.

Has anybody used Sainsbury’s energy? I know they don’t offer quotes at the moment as they are getting a redesign but what is your experience with them?

agile, got an email to say the smart meter is communicating to them following my recent switch.

Now on half hourly billing, I need to have a look at different apps to see which is best at showing the cost of each half hourly slot.

Octopus Watch is the best. It shows you what is upcoming and your historical use (also compared with the fixed-rate tariff) It can also show you the cheapest timeslot in which to run a power-hungry appliance.

It’s a great app, with a good

Not the best time to switch to Agile though - prices for the last few days have been sky-high with the capped 35p limit per kWh being reached multiple times daily this week so far… Here are today’s rates - still very high! (I’m in region ‘G’)

There’s also the Octopus re-imagined dashboard too, which works as a historical reporter - https://octopus.energy/dashboard/new/#/accounts/[Your Account number]/consumption/home

Thanks I’ll check that out, not too bothered about the high prices at the moment given it averages out over the course of a year.

I was very interested in Agile but found that Go worked out a fair bit cheaper for my use.

Switching between Agile & Go is possible for periods of 30+ days. It may make sense for example to switch to Go in heavy cost (winter) months and Agile for lower cost (warmer) months.

I’ve stuck with Agile just so I have some history build up I can analyse later. I also joined Agile at a dubious time - early January

So far, I’ve saved 0% and spent 0% extra in the last 91 days when compared to the cheapest fixed-rate tariff, so in hindsight switching to Go may have saved a few £££’s.

But roll-on summer with

This is the lazy approach, so shoot me

I’ve not been active in these forums for in excess of a year, however always saw

highly rated, and still seeing some comments above.

I move house in a matter of weeks, pregnant wife in tow, and super super busy at work. I do aim to research, but could someone give me a quick TLDR on:

I will check ALL of this online, but can’t fault first hand reviews. Thanks in advance!

have a nifty API and developers have used this to create all sorts of apps and services.

Agile is the plan which charges for electricity in half-hour chunks throughout each day and the API allows actions to be taken depending on the prices. For example, a smart plug on my dishwasher switches on at the cheapest 2-hour slot during the night and the washing machine is only active between 1:30pm and 4pm (the cheapest day slots)

You can make IFTTT applets which utilise this API (or use existing IFTTT applets) which do things too. For a laugh, I placed a Hue bulb on top of the large

plushy and had IFTTT turn it Green (OK to use kitchen appliances) or Red (don’t bother doing anything in the kitchen) - depending on the prices at the time. There are also external apps which log your consumption and can warn of upcoming good/bad periods up to 48 hours in advance with further predictions in some cases.

There are alternatives, but I’ve found

to be very good so far. I’ve been with them for 2+ years and tried various plans. I’m now using

Agile and still liking their services. They are pushing the boundries of the normally boring, but expensive and strangely mysterious utilities sector.

watch and subscribed. I quite like the data available. This screenshot is yesterday my 1st day on Agile.

Prices for today not looking as bad as yesterday either

Thanks both. Curious how smart switches on white goods work in practice. On our washer/dishwasher I would need to press a button to start the cycle. Is the smart switch a preventative measure to stop you using it at the wrong times? And what might the payback look like to cover the cost of a switch in the first place.

I do have several Alexa and Hue devices…

Smart switches are pretty much pennies to run per year so that shouldn’t really be a worry as such.

I know my washer has a hold function. Tell it what program I need and then how many hours until I want it to start. Not sure what happens if I put the dryer on and then kill the power to resume it later. I suspect it doesn’t just pick up where it left off.

I have a Kasa KP115 smart plug (with energy monitoring) into which the dishwasher is plugged.

I can also switch the dishwasher on/off via voice using Google Home, but the reactive.energy service takes priority over any others.

I would also put the washer/dryer on the same connection, but MrsW has expressed a huge need for manual override here, so because the washer/dryer has a delay-start feature, we’re loading it up and then delaying it until the optimal daytime 2 hour slot as reported by the Octopus Watch app.

EDIT: To test if your white-goods appliance is happy with being de-powered and powered, set it going and then switch it off or unplug it at the mains. Wait a minute, the switch on/re-plug. If it comes back to life and starts washing, it’s all good. If it sits there in an ‘off’ state, it won’t be happy with a smart-plug set-up.

We nearly got a new set of meters today. Took a day off and everything but…No.

The guy took one look under the stairs and backed off in case the main fuse contains asbestos. To be fair, if there’s a risk I can’t blame him but given that I’ve had the meter and the fuse box replaced since we’ve lived here the thing has been opened at least twice is the last 10 years.

Ocotpus don’t charge a higher standing charge for them luckily.

We are better off with their regular fixed price tariff as alot of power is used at peak times by other people in the house.

In my new flat I’ve got smart meters (yay!) but they are on a Economy 7 tarriff (boo) which is no use for working from home.

Annoyingly, Bulb say they can’t switch them over to a normal tarrif, but apparently that will be " a thing" soon.

Does anyone no of a supplier who can digitally switch them; apparently it’s something the energy supplier has control of.

Either way, I’m not sure why a middle-floor flat in a small block would get use out of economy 7. Can’t even imagine running the washing machine at times it’s useful for the metering, whilst still being a good neighbour.

I’ve asked and was told they’d need to change the meter. That could be because mine is as old as the dinosaurs and the usual Northern Ireland lagging 100 year behind

Just switch to a modern smart provider such as Octopus. They’ll have this easily sorted out I imagine. Bulb and Smart Meters are not a great mix.