We’ve just received an email from Bulb offering us a 2nd generation Smart Meter. I’ve read some reviews on the SMETS1 meter which basically warned users off them. It seems the new version is better according to a few reviews I have been able to find. Any v2 users on here could support or refute the online opinions, or direct me to a good resource? R-

My advice being if you don’t already have a 1st generation, then accept the 2nd generation offer as more often than not the benefits of upgrading as such will outweigh the negatives.

However if you have a 1st generation already, I’d be reluctant to upgrade to the 2nd generation until its tried and tested. You often find reviews will be written based on the history of previous models, so as someone who is looking from the outside, the review can be a bit out of tone.

Bulb installed my SMETS two meter nearly a year ago. I did wait until I was sure that it wouldn’t be a first gen meter.

Not sure what there is to say except it works fine and not having the first world problem of having to submit monthly meter readings is a nice quality of life improvement.

I would say that the IHD is a POS. it does provide data but ideally i’d want this on my phone and exportable. Bulb does have a SmartThings integration which is quite nice but after moving to Igloo this eventually stopped working.

Have just moved again to Octopus and quite excited about the Octopus Watch app and it’s potentialy to properly track my usage.

to be fair SMETS2 meters aren’t that new, I’ve had mine for over a year and they were available before then

to be fair SMETS2 meters aren’t that new, I’ve had mine for over a year and they were available before then

Virgin Media are known for doing this, even recently they upgraded everyone to a newer version of their trash Superhub, to only bring out a newer model shortly after (shortly meaning just a few weeks).

I would say that the IHD is a POS

I much prefer the new Usage screen in the app. Although they’ve done some weird stuff, like include the gas standing charge, but not the electricity standing charge. It would surely be very easy to allow the data to be exported. Feature request?

The things linked in this article should allow you to export data, regardless of your supplier (as long as you have a SMETS2 meter) 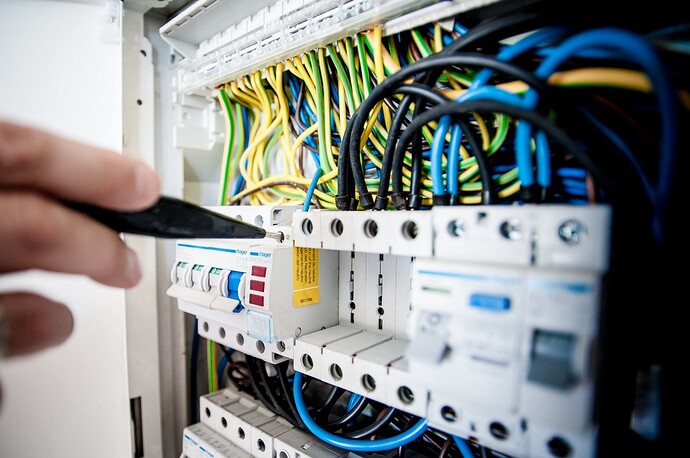 SMETS1 meters have been/will be getting a software update which eliminates the problem of them going ‘dumb’ if you change supplier, anyway.

Ha-ha, after all that I signed up but cannot have a Smart meter as we have an immersion heater. Not sure why. Thanks for the input. R-

I got a smart meter off bulb 18 months ago. The guy didn’t have a revived bit said in my flat on the 3rd floor it wouldn’t reach anyway. And then the meter has never phoned home and told bulb anything so I now just have a slightly different looking dumb meter and still have to do my readings manually. Never really chased them up though. Although I did get a vague email a while ago about some issues with smart meter setup that they would get round to in due course…!

The guy didn’t have a revived bit said in my flat on the 3rd floor it wouldn’t reach anyway.

What does this mean?

Best guess is he meant the guy didn’t have a reason for his response… maybe?

Some funny autocorrect there, it was meant to say:

The guy didn’t have a receiver device so I could monitor it but said that the signal probably wouldn’t reach my flat on the 3rd floor anyway.

That’s why then it’s more just standard setups at the moment which are getting focused on.

Ah, thanks @DaveJ I didn’t make that connection as we have oil fired central heating not E7 overnight heaters. Thanks, I can live with how things are until technology catches up. R-

Bulb support have been in touch and asked for a photo of the meter, in particular how many wires come out of it 4 or 5. Now that is customer service. More later. R-

I asked bulb for a smart meter over 2 years ago, no answer. Then I asked again a year ago - still nothing…