I wasnt withdrawing cash but paying for goods,my other.mastercard was accepted!

Ok, this does sound like a separate issue. I’ve let our payments team know - thanks!

At the Post Office the exact same tills and card readers can process transactions in one of two ways:

I’m wondering if the problem occurred because the staff member put the transaction through as withdrawal not a sale.

It’s also worth noting that the terminals with the red pin pads seem particularly stubborn. I wonder if these only have the capability to put transactions through as cash withdrawals (which would fail) rather than MasterCard sales.

This is what we were told in July which seems slightly different? 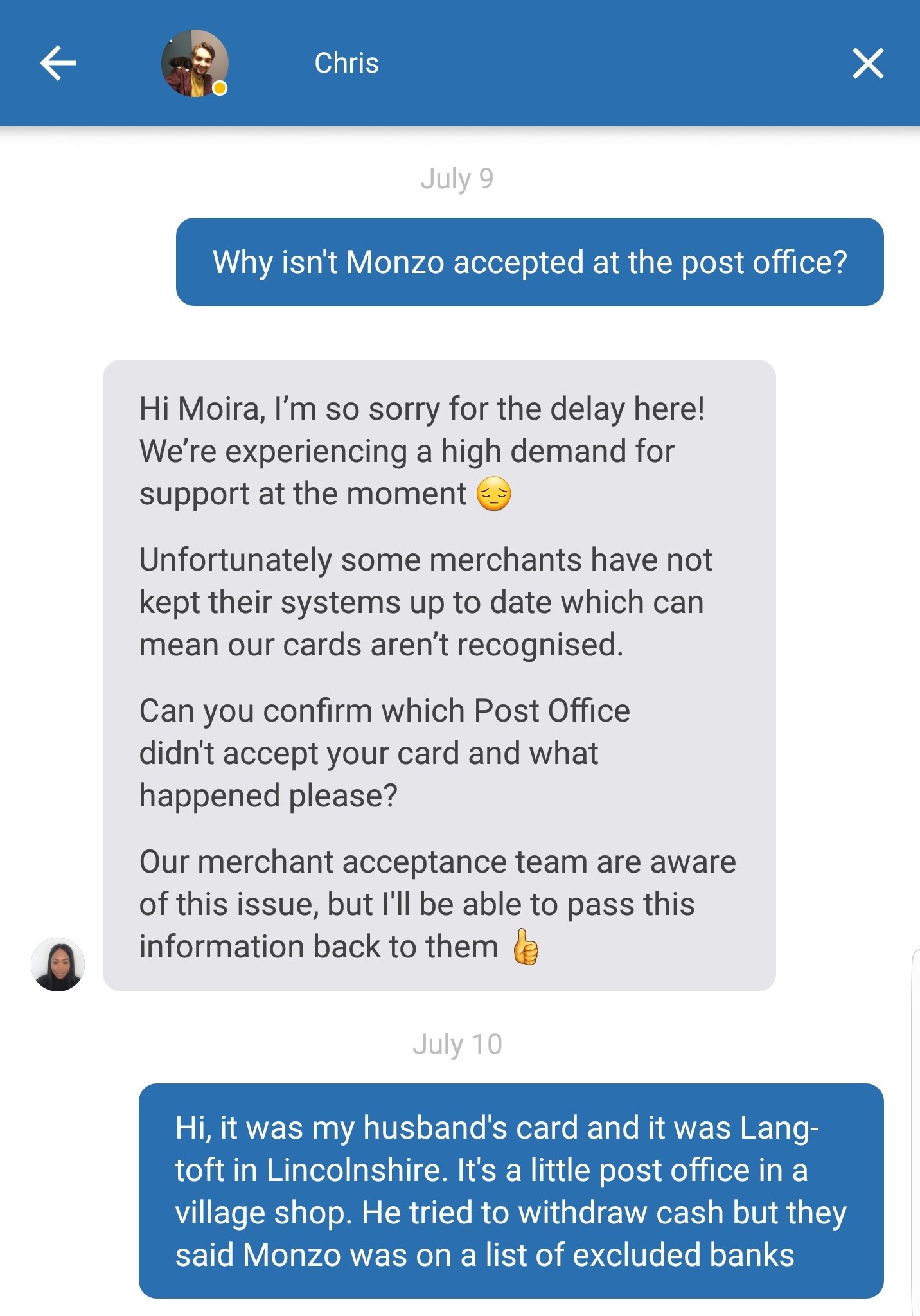 Apologies for the confusion!

I think Chris was meaning that it could be that the card machine was out of date. If you tried to withdraw the Post Office would have been correct in their statement that we are aren’t on the list of banks they currently support

I realise that I haven’t posted the rest of the conversation (just managed to lock myself out of the app!

) but after I explained what hubby had been trying to do, I didn’t get the explanation you’ve provided, I was told the payments team would follow it up.

Might I gently suggest that you share your explanation with the support team so that everyone knows the same thing (if that hasn’t happened already).

Ah right - apologies if there was a bit of miscommunication there!

Ah, I’m sorry to hear about the cash machine. From what I remember, most Post Office machines are only connected to LINK and not Mastercard/Visa directly so our cards wouldn’t work in them

Glad you got your paper though!

Thanks Hugh for your reply,will know for the next.time,otherwise monzo vg,will be going full monzo soon👍🏻