Add decimal places to total balance if an exact pound

Is there a reason why the total balance on the app summary screen doesn’t show any decimal places if the total is a whole pound, when the pot values do show zero pence ?

I know it’s insignificant, but it gives the impression that the total is rounded up or down, and not an exact amount. 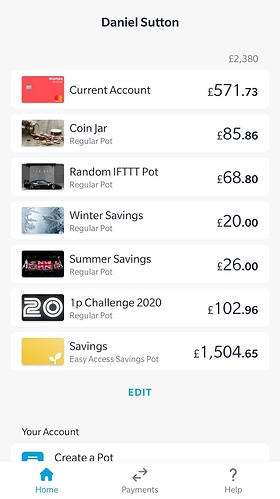 I honestly prefer it without decimals when it’s 00, and had hoped that Monzo would keep the main screen omitting them.

What’s more amazing is that with all those pots, your total balance adds up to a whole number of pounds. You should get some kind of award badge in the app, or unlock an exclusive app icon.

My total shows the pence.

Yours isn’t because you’re actually rounding it yourself

Although my pots that don’t have the odd pence in them, don’t show it. How bizarre.

At least between us its either neat or complete.

Nerd moment: it doesn’t matter how many pots you have, the chance is still 1 in 100

It’s just not consistent with how the individual pot totals are displayed.

TBH I don’t really care, as 99% of the time the pence <> 0 so will be shown anyway - I just wondered if there was a reason WHY it is like this.

Which version are you? I think how mine is currently displaying is what they deem correct.

I never noticed the missing decimals. I kind of like that they aren’t there, it will make it more obvious when my balance is a whole number on the off chance it is. My pots always show the decimal. 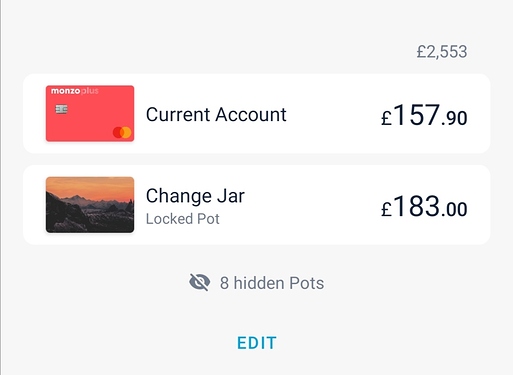