Hmmm I’m not sure what icon you’re referring to.

It will tell you the date that it was taken at the top and if successful it will also show the amount to the right of it:

These are the 2. New one setup today on top and one that was paid yesterday underneath. The bird pic was the icon i meant.

Ahhh ok. The top one is just a notification that can be dismissed by clicking the X and won’t have any effect on your direct debit instruction

How come your icons are nicer now on your screengrab?

I just stole that screenshot from Monzos blog post here

Icons get updated over time but you can request them too. Either here on the forums: Merchant Data Correction Delays or via chat in the app

Does anyone know if using CASS will close all your accounts with the bank you are transferring from?

It only closes the current account you are switching. If you have a savings account with that bank it will stay open.

Some banks do offer certain accounts which dictate you must have their current account alongside but generally this is quite rare.
If this were the case I believe your other bank would get in touch and let you know.

Well I kinda want to them to close all the accounts

just as I hardly use them

Best thing to do is to use CASS to switch to Monzo then call the bank and close the other accounts over the phone .Shouldn’t take too long if your bank is decent

If they are all Current Accounts you could just start a CASS to Monzo for each one.

Initiate a switch for all your accounts then. You can switch multiple accounts into one single account if you want.

Decided to CASS in my Lloyds account to Monzo. Lloyds really aren’t bad at all, but just wanted to simplify my banking and I just don’t use the account.

Got a call from Lloyds, as I had Mx on the account for title. Apparently, I had to pick a different title for CASS to go through. Positive, they were happy with Miss, no pressure or anything, but just annoying that gendered titles were enforced at all.

They said it was a limitation of CASS, but Monzo didn’t make me put a title on my account to transfer in?

I believe Monzo always default everyone to Mx. At least on my Monzo credit search my name always says Mx so I assume this is the case!

That’s strange. Feels like someone might have (thoughtlessly) made it a required field. It certainly seems there’s no validation on it.

I would have thought (if it is required) it would be easier for Lloyds to default to Mx or something - particularly if it doesn’t really matter.

Once when I tried to close down my first direct account into B Bank CASS kept failing saying the details didn’t match. They did as I manually checked numerous times, in the end I used another account to get the insentive, details were the same but that one worked

Has anyone ever seen that issue before?

I believe Monzo always default everyone to Mx. At least on my Monzo credit search my name always says Mx so I assume this is the case!

I believe this also (I’m sure I read somewhere they don’t use titles at all?).

Monzo has, however, credit checked me with the title Mx and Mr. Things may have changed since last March though. 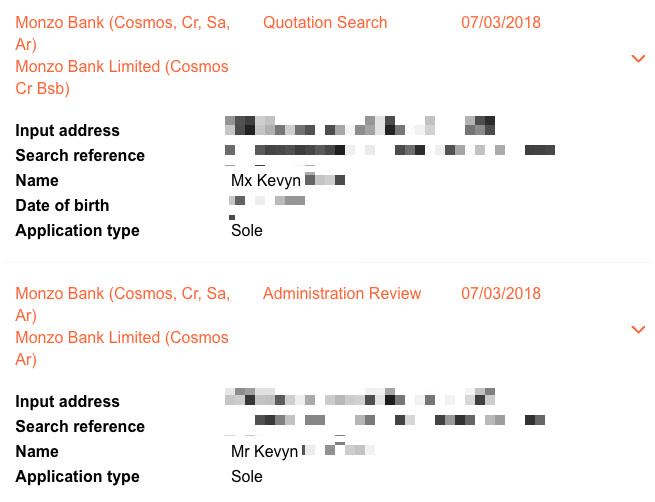 They said it was a limitation of CASS, but Monzo didn’t make me put a title on my account to transfer in?

Don’t quote me on this, but from what I can remember: there is a title field in the CASS spec, but we don’t put anything in it. Some banks send back a warning message about this (because the title doesn’t match!), but the switch still goes through okay

Thank you @tjvr - and makes sense. To those saying Mx could be used, Mx is what I had on my Lloyds account, and what they say CASS doesn’t allow.

I’ve decided that I want use CASS to switch from my HSBC account to Monzo. I know that all direct debits and salary etc will be sorted out via the CASS system.
I have an NS&I ISA which I set up using my HSBC account, so I was wondering does anyone know how the CASS will affect this?

I did a CASS switch from First Direct and my Cash ISA was not touched. Guess that makes sense as is is a Current Account Switch Service