So a friend of mine bought a ticket at a self service machine operated by South West Trains with her Monzo card, it all went through fine and a ticket came out. A few days later, she got a refund from SWT, but I thought nothing of it as I assumed it was just some weird anomaly. However, I myself bought a ticket on Monday, and a couple of hours ago I also got a refund? Despite the fact I paid and got a ticket from a self service machine. It’s quite an odd bug, but I guess one beneficial to Monzo users

How many days between the transaction and the refund?

It may be they just haven’t processed the transaction yet.

@garete @Wheetoz Did you report this to help@monzo.com? I think it would be good to let them know and investigate the transactions.

Not happened to me 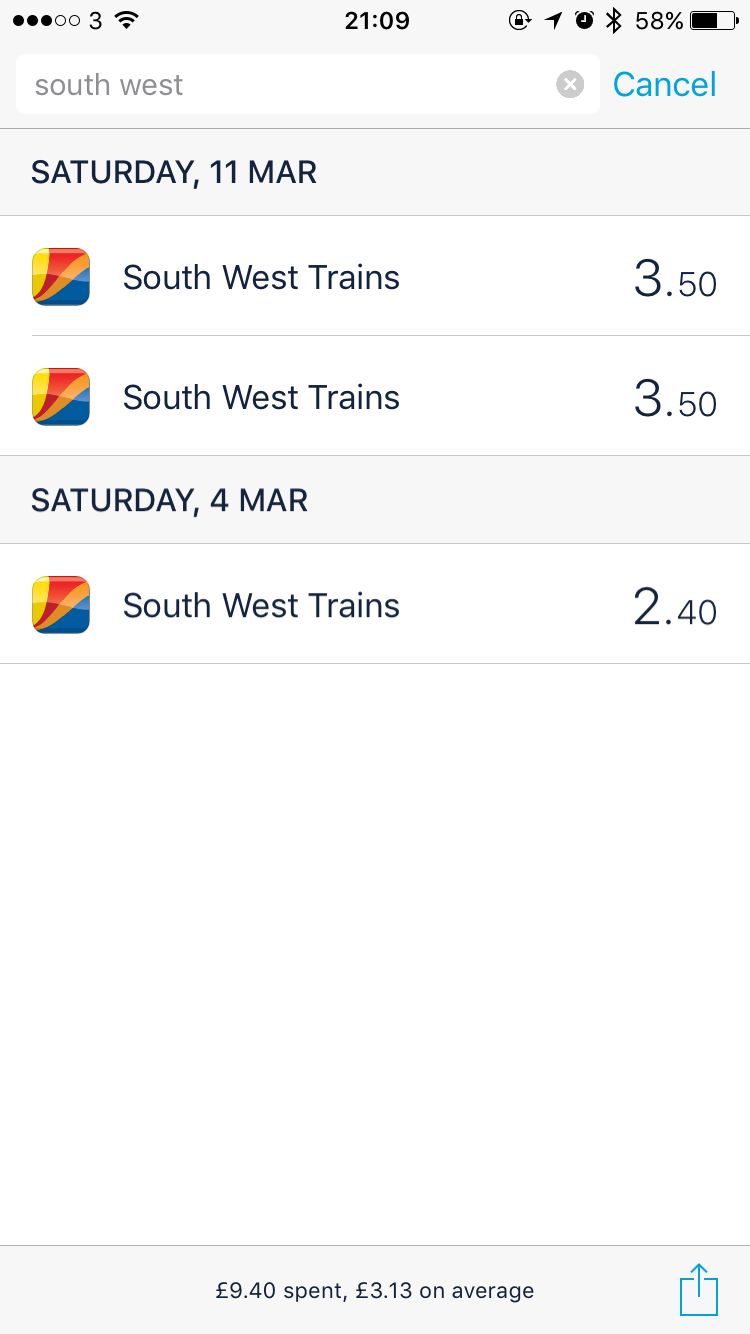 I bought the ticket on Monday, the refund came through early Sunday morning. It does still say pending transaction on the original ticket purchase though, so like you say @SimonT they most likely haven’t processed the transaction yet. Although, my friend bought her ticket early last week (Wednesday 5th), later got a refund but SWT still haven’t taken the refund back

Not wanting to be the bearer of bad news, but it’s pretty unlikely you’ve got free train tickets

In both cases raised by @garete and @wheetoz the refund came around 5 days after the original ‘authorisation’ was made. This means that SWT were slower than they should have been in ‘presenting’ your account (not the only thing they do late

), and therefore you were auto-refunded.

We do this because sometimes illegitimate charges or active card checks show up this way, and you really do want a refund of these after 5 days. But in cases like this it can be really annoying and weird, especially if you don’t see the refund so it looks like you’ve been charged twice

In a few days time you should get charged though

In some crazy situations these show up several months late, but fingers crossed for you

Shame really, cos you could advertise ‘free travel on SW trains’

That’s not good. To save other users from having the same thing happen to them - do you know how you could have avoided that happening? Did you manage to avoid paying the fine in the end?

No it’s not good, TFL said they can find no evidence of payment and all I could do was forward them screenshots from monzo. They ignored(?) my evidence and said I had to pay, I refused (on the grounds that I had paid at the time) and it’s gone to London Tribunals.
I should have got a receipt number but didn’t and didn’t think much of it as I got the instant notification of “payment”.
I got refunded ~6days later and again didn’t think much of it (I don’t really drive in to London and actually assumed I got refunded as I didn’t go in to a zone).

My evidence is screenshots and a letter from monzo saying that the transaction happened, they’ve sent about 100 pages. I’m waiting to hear what happens.

There’s little I can advise other than making sure you get your receipt number with TFL. It’s been a bad experience and a lot of stress for an £11.50 purchase, I’d think twice about using monzo for a similar service in the future.

Support we’re quite helpful in providing a letter but this is my second experience where not having bank statements has stung me. I don’t know what a “normal” bank would have done assisting me as nothing like this has ever happened before.

not the only thing they do late

Clearly a sign of​ happy customer​.
You should try northern Rail.

To be honest it is not

fault. If they provide you with a written letter saying the transaction happened (i guess they included some kind of transaction id?), TFL should be able to track the payment.

I am not sure about the legal ground etc. but from a logical perspective TFL messed up and you should be on the clear side.

, I’ll be interested to see what happens - hopefully it gets cleared up for you reasonably quickly… Can’t see any reason why it shouldn’t be as @marcel_w said

Really can’t recommend using Monzo for SWT tickets, as I’ve a stream of SWT refunds in my Monzo feed now. I probably should’ve realised not to use it when the contactless pad on the machine didn’t work but chip-and-pin did. I thought I’d have a headache trying to make sure I have the right positive balance to cover the eventual actual payments, but a chat with in-app support reassured me that I can carry on using it as normal and top up after it goes negative if necessary.

I’ll be using my First Direct card to pay for SWT tickets for the foreseeable future, I think. That works as contactless (as did my old Lloyds card).

“From a logical perspective” you’d think so but…
London Tribunals have just finished with the evidence and the appeal has been rejected. They believe that TFL’s systems weren’t to blame and the lack of a receipt number means I did not pay - This may be a niche case but it kind of defeats the purpose of instant notifications (trusting that a payment going out is a payment made).

Still no reply from Monzo customer support from last night despite being told it would be picked up this morning.

Sorry to hear that. Did you get a reply from them by now?

Sorry to hear that about the decision.

I did eventually thanks.
I’m basically on my own though

I’m trying to approach it logically (not as Monzo fan girl). Do you know why transaction was refunded? I feel like I’m missing something here… It’s not like Monzo didn’t try to send money and it’s not like you (or Monzo) requested a refund in the first place. I find Tribunal’s ruling logically flawed - whenever tfl sends back the money, it’s USER’S fault because journey was not paid for? They/tfl could really improve on their revenue if they return few transactions a day and then get users to pay fees…