During The Big List, it was great to see blog posts every day about new features and updates from the Making Monzo Twitter account. It felt like the pace of development had picked up sharply and a lot of progress was being made in a short period of time. We were spoiled with updates!

Since the end of The Big List, these type of comms on the blog and Twitter have slowed down a bit. Most of the blog posts are reference articles for students at the moment.

Maybe it’s because planning for the next quarter is underway, but it would be nice to have a few more updates on product development. Even if daily updates are too time consuming to create, something like Freetrade’s weekly wrap-up would be great.

I think it’s really good to have a bit of a pause to catch breath and consolidate. As you say, Monzo has been moving ahead at breakneck pace, which has caused a few bumps (iOS performance isn’t great, support times have increased). Monzo is addressing these issues, but I think a month or two to take stock is actually better for the long run. (Insert marathon/sprint analogy here

I’d be worried if things were the same in November, say, but there’s a bit of time before we get there!

The last few weeks have been very quiet in terms of development and features. There was an announcement that September was going to be a quiet one so there probably isn’t anything to report on

100% agree. If they’re taking time to do things like redo the iOS code (which I read somewhere) that is no problem at all, you can’t have lots of feature releases all the time. What would be nice is to have a few updates just so we have a bit more visibility of what the team are up to.

Monzo had a “September Update” a few weeks ago.

The key bit was:

To come in September

After a packed few months, this one will be a bit quieter as we keep working on ongoing projects like receiving international payments, growth and getting interest paid on savings.

Improving the performance of our iOS app

Right now our iOS app isn’t working as quickly as we’d like, and we know you expect much better.

Over the next few weeks we’ll be bringing changes to the app to improve it, so you can use Monzo on iOS quickly and reliably.

Bringing better bill splitting to everyone

This month we’ll bring better bill splitting to everyone, on both Android and iOS.

We’ve already started testing it in Monzo Labs, and one of the main things you told us is that you’d like the option to split the bill with people who aren’t on Monzo too. The first version we launch probably won’t have this feature yet, but we’ll add it once we bring the first version to everyone.

You can read it here 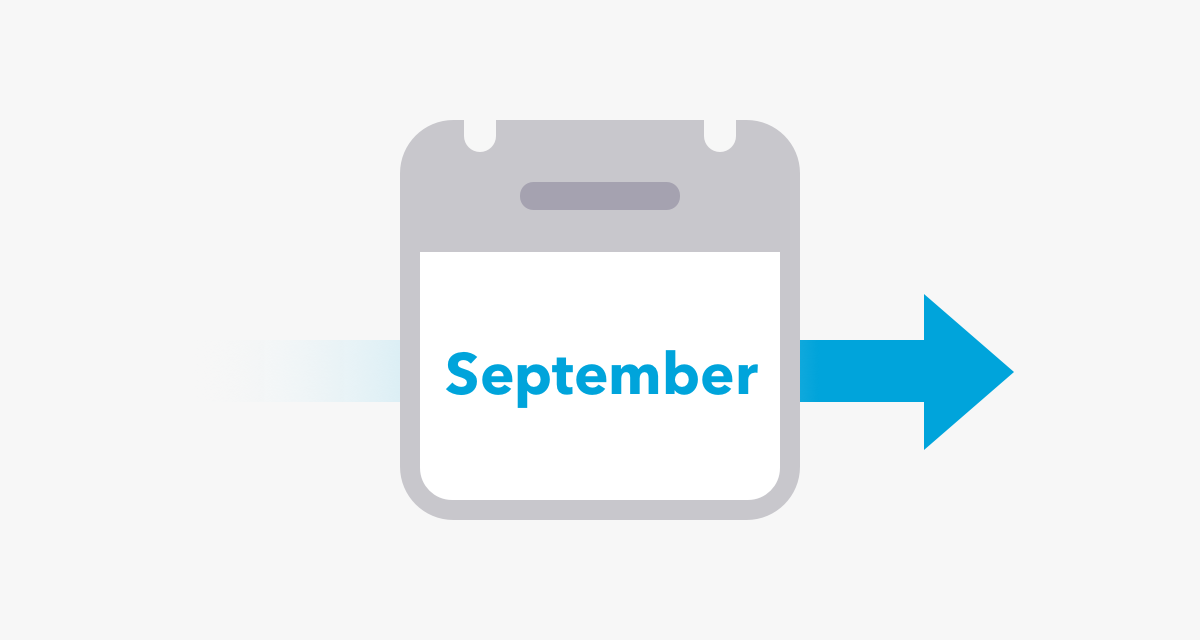 From bringing Monzo to younger people, to improving the performance of our iOS app, we take a look at the progress we’ve made in August, and explain what’s in store for September.

On top of this I remember reading somewhere that a lot of teams are working on cleaning up code on their backend + working on internal tooling so cops can help us better for example. 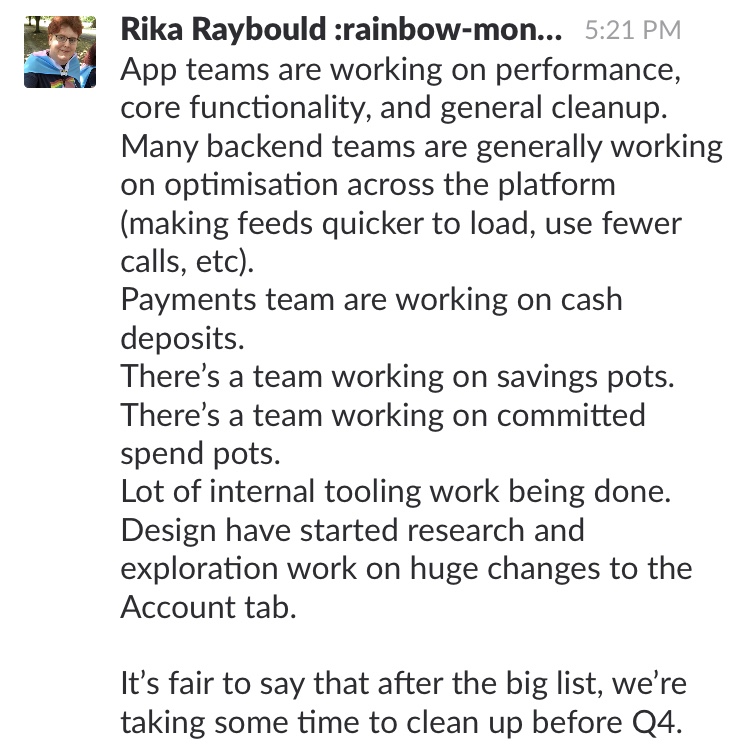 I for one appreciate Monzo spending some time on the above

I’d be very happy with 2 months of consolidating and house keeping, if it kept the app speedy moving forwards.

I’ve seen devs say they rushed the code initially, just to get the feature live - But that brings consequences down the line (as we are seeing with iOS performance).

I have a feeling it’ll be more robust from now on!

Thanks for finding these updates

Maybe it’s because planning for the next quarter is underway, but it would be nice to have a few more updates on product development. Even if daily updates are too time consuming to create, something like Freetrade’s weekly wrap-up would be great.

They do a monthly update/wrap-up. In my opinion this is sufficient and does not need to move to weekly.

Monzo on TestFlight beta - the app is working amazingly fast for iOS . Keep up the good work

Monzo on TestFlight beta - the app is working amazingly fast for iOS . Keep up the good work

Yep - A few bugs with joint accounts on the TF, but the speed improvements are huge.

I also agree with this but think Monzo themselves are trying to figure out whats next and how they are going to target/show this after the big list.

I’d be happy for them to spend a month getting the ship in order and preparing for “phase 2” shall we say but id like them to still prioritise their replacement for the trello board so that we have an idea of where monzo is going in a longer term rather than just from monthly update to monthly update.

but id like them to still prioritise their replacement for the trello board so that we have an idea of where monzo is going in a longer term rather than just from monthly update to monthly update.

I agree with the sentiment, but I think Monzo will want to balance transparency of the current long term plan with flexibility to adapt to current circumstances. I worry a bit that things can change quite quickly and that they might be being held to old plans.

I’m sure, though, that they’re thinking deeply about this - I’m looking forward to seeing what they come up with.

I think thats the beauty of it… be more open and transparent and i think we here on the community will back monzo no matter what.

If feature x is taking more time then tell us and im sure we will be disappointed but understand.

If feature y has been pushed back because something more importants come up… no problem we will understand because lets face it monzo is a business and the guys in charge are doing a hell of a job making decisions to date! Long may it continue

Good to see the bugs and coding being rectified as that is just as important as new releases.

Good to see the bugs and coding being rectified as that is just as important as new releases.

Indeed, I’d even argue that this is way more important than any new features. A streamlined and well coded back end will most likely help with further improvements and reliability further down the line.

I think where the new features were coming, they neglected the day to day basic essentials of a smooth app experience. This update to squash the bugs is coming next week, I believe and it cannot come quick enough.

Hopefully they put things into place to rectify the existing problems and then get back to the big list.

I too would like a new list/roadmap and daily updates, but I want the basics sorted first. I can’t use the app in its current state. It is taking up to 30 seconds to flick between tabs, and I can’t make payments any more.

but it makes you wonder what the challengers are challenging?

For me, the core improvement over traditional banks is real-time banking and rich transaction data.