Continuing the trend of “classic consoles”, looks like Sony are getting in on the act.

Although I’m sure plenty will want it! 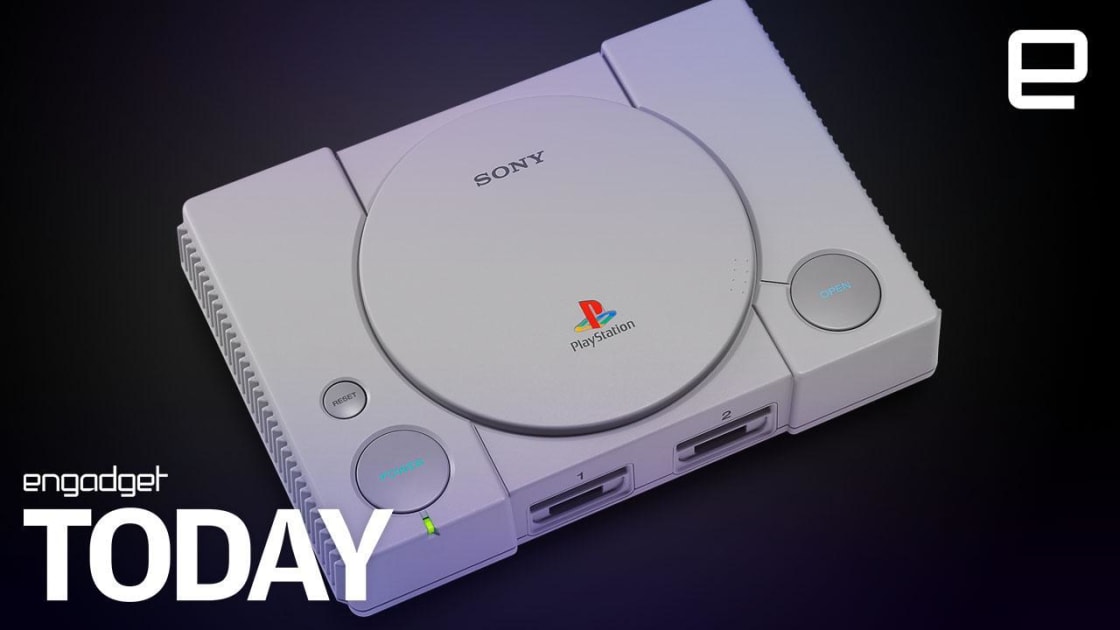 PlayStation Classic jumps on the retro trend December 3rd for $100

Meet the PlayStation Classic. It goes on sale December 3rd for $100.

So apparently it only comes with 20 games.

I’ll stick with the original

It still feels like the first generation of “modern consoles” - Don’t ask me what that means!

It’s not truly retro, and it’s not modern.

Things like the mega drive, I can see the appeal. But I’m struggling to see the point in this.

I have a SNES classic (and an actual SNES for that matter)) but really and truly they need to do more work on updating games to be playable on new consoles/mobiles/PCs.

So apparently it only comes with 20 games.

I’ll stick with the original

If I can load additional ROMs into it then i’ll consider it. If not i’ll stick with a Pi 3 with RetroPie and maybe a PS1 shell.

It looks gorgeous, dare I say…cute!

I want one, but I’m not sure it’ll be so useful until we get the full game list and/or someone hacks it to put more games on there.

What I’d really love is a Sega Saturn Classic.

Had the Mega Drive, had the Dreamcast, missed out on the Saturn.

It’s definitely in the bracket of “retro”, though for £100 you could probably buy all of the games in the PS Store and run them on your PS4 for less.

I wish they’d just release official emulators for their new consoles that can either play bought games online or run the original CDs (they are standard CDs so even the readers in the latest consoles can read them just fine).

Agreed. They put the PS1 emulator into their PS3 consoles so why not the others?

Yes for those that don’t know, put any PS1 game in your PS3 and it will play. Enjoy

This was only for the original PS3 models. It was removed to save money in later models as it wasn’t a emulator. They had a chip that worked as a PS2 essentially.

As much as I complain about the lack of games, the Xbox One has backwards compatibility with original Xbox games but due to licensing issues, there is only a few dozen available. It is amazing how good they look on the one X though! That and 360 back compat (Xbox 360 has over 500 games) is one of the best features of the Xbox.

The fact you can put a disk in from years ago and still play it without re-purchasing anything is awesome!

I feel they are going to carry this trend on