It’s less than 3 weeks away y’all!!! The sequel I’ve been waiting almost two decades for. 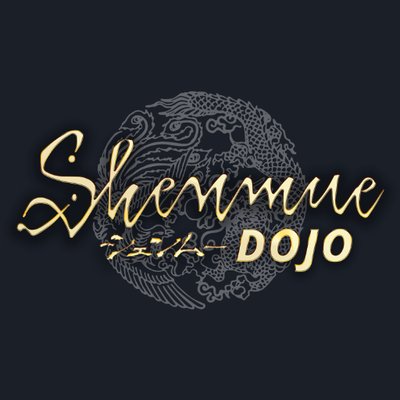 I loved the first one on Dreamcast (what a fantastic console). Never played 2. Did you?

You see, it came out very late in the lifespan of the Dreamcast. As a result, the Dreamcast version doesn’t have English audio. It only has Japanese audio and English subtitles. But it was good because you could continue with the same save file. I think this only came out in Europe and not the US.

So then Microsoft did a deal to release it for the original Xbox, and THAT version did have English audio, but you obviously couldn’t continue with a save file, so you’d lose any cool items you’d bought in the first game.

Finally last year, Sega released HD versions of both games on one disc on PS4, meaning I finally played through both in sequence, on the same console, with English voice audio, and the same save file

I’d highly recommend picking up the rerelease and playing through the second game before jumping into the 3rd. It’s really important for the storyline.

You’re a bigger fan than I! I had no idea. Just purchased the remaster for one and two! I fear some of those QTEs though.

I recently got a refund because of the Epic Store fiasco. Nice to get $350 back from 4 years ago. I’m just trying to work out which console I will get it for now at a slightly lesser price.

Wow - they gave your entire Kickstarter pledge back? I think I pledged like $500 for the art book and various other bits and pieces.

If you have a PS4 there’s a nice collector box retailing for around £60 I think.

Shenmue 1 & 2 are currently on Xbox GamePass. I did start Shenmue 1, but didn’t have the time it required. When I’m done with the Outer Worlds (also on GamePass…), I’ll give them another go.

The funny thing is, I recently broke from avoiding the Epic Store because I wanted to play The Outer Worlds so I may (weirdly) just get it back from there again

. I may buy the PS4 version too just so that I have the game on a disc as I have the original Dreamcast/Xbox games.

6 days. I just started a speed run yesterday of Shenmue 2 - skipping most of the cut scenes. I got to the section where you need to find out about the “Four Wude” in about an hour of playtime, so ripping through it. Wonder if I’ll finish in time. Not a big deal if I don’t - have completed both games at least ten times and there’s a recap at the beginning of Shenmue 3 anyway apparently.

So excited! Got two days booked off work next week to immerse myself in the thing I’ve been waiting nearly two decades for 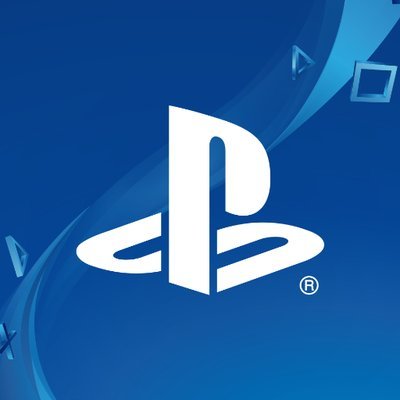 I’ma need to buy 1 and 2 before I can even play 3. Heard good things though.

#Shenmue 1&2 is currently 66% OFF on #Steam! If you ever had an ounce of curiosity for the series: Now's the time to experience these classic gems! And with #Shenmue3 releasing next week: you're in for ending 2019 on the highest note possible! 🙌🎷 store.steampowered.com/app/758330/She… https://t.co/37dfqjW0mS 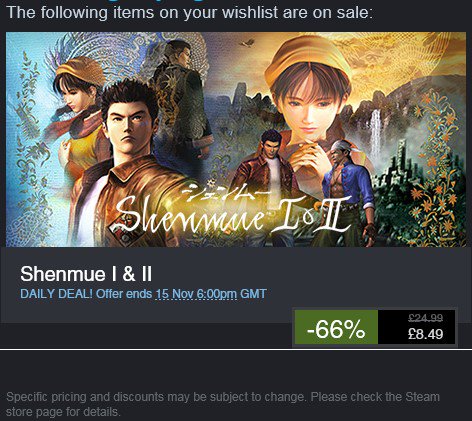 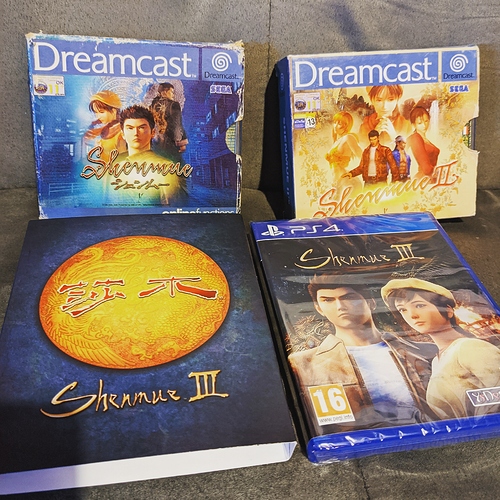 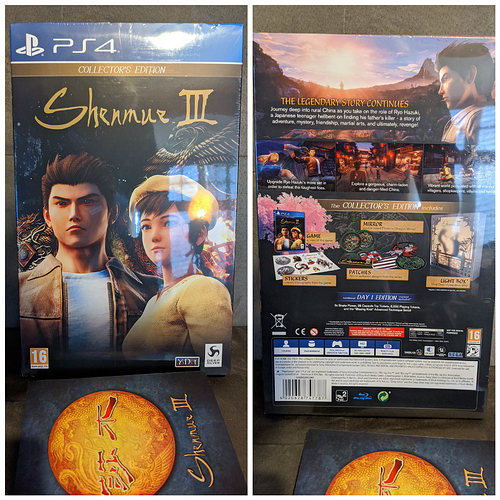 I am absolutely shocked that this day has finally come.

I am absolutely shocked that this day has finally come.

Me too! Although I can’t get it yet

I don’t have a PC or PlayStation 4 - can’t justify/afford the spend right now (even though I’ve been waiting since Shenmue 2 for this!!!), and by the time I’m in a position to purchase next year, the PlayStation 5 will be coming out! So it would make more sense to get that instead.

So just 1 year longer to wait for me

. I have been waiting over 15 years though, so another year won’t kill me

Got mine the other day too. How long should I allow for I and II before I dive into III?

The honest answer - as long as you need.

A lot of the magic of Shenmue is in the pacing. So while you can rush through it, you’ll miss a lot if you do. Take your time and explore the world.

Don’t feel the need to rush from each plot progression point to the next one. Talk to random people, engage in some of the sidequests, spend some time in the arcade, the bars playing darts, buying capsule toys for no particular reason.

This game is fantastic. I can’t be objective because it’s my favourite series of all time, but wow… They really have nailed the same immersive qualities as the first two games.

That is hugely impressive when you think about it. The first two games, at the time, were the most expensive games ever made and had teams of hundreds working on them. The budget for this, although the Kickstarter was wildly successful, is still a small fraction of what blockbuster games these days are made with, and yet they’ve still absolutely nailed it.

So, so happy with this game so far. 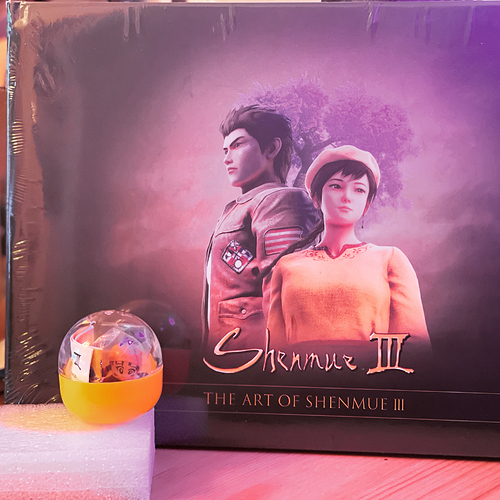 Some 5 years since backing the Kickstarter and a year since the game finally came out… I got the remaining part of my backer rewards! Art book and capsule toy

Side note, I think Shenmue 3 might be available on Steam now? For anyone that might have been waiting for that.

EDIT - Just checked and the Steam release is in 3 days from now.

Limited Run Games just announced a new box set. Did I buy it? Of course I did. Despite having the game twice already (Kickstarter edition and the original Day One Collector’s Set).

I could not pass up that Sword of Seven Stars! 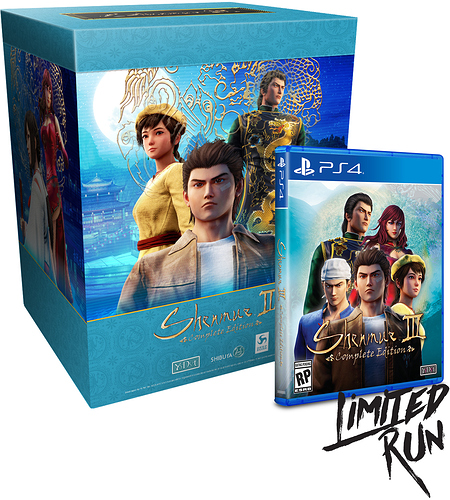 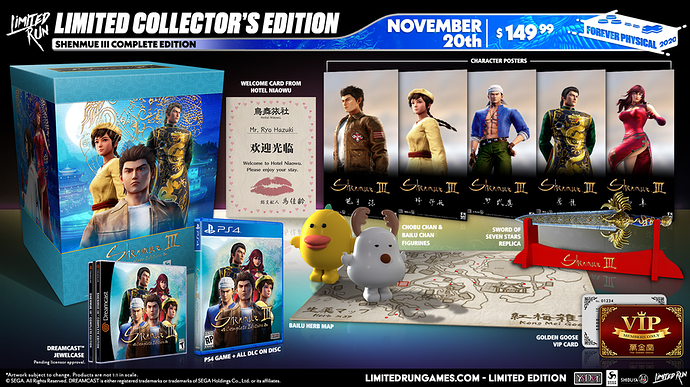 Your love for this game is both irrational and endearing!