Hey there, I was just wondering if TFL considered the following ways of tapping in and out of the TFL network to be the same or all different methods of payment:

I only ask because of daily/weekly capping. Are all these methods considered the one card given they are all tethered to my original monzo card. Or, do TFL consider them three different payment sources because of how Apple Pay works?

I believe these are all considered separate payment methods.

If you register your card on TFL website (contactless.tfl.gov.uk) and use the same card with Apple Pay you would see that TFL will automatically create another card on your account.

I only added my Monzo card once but because I use Google Pay, TFL added the same card with a different reference; 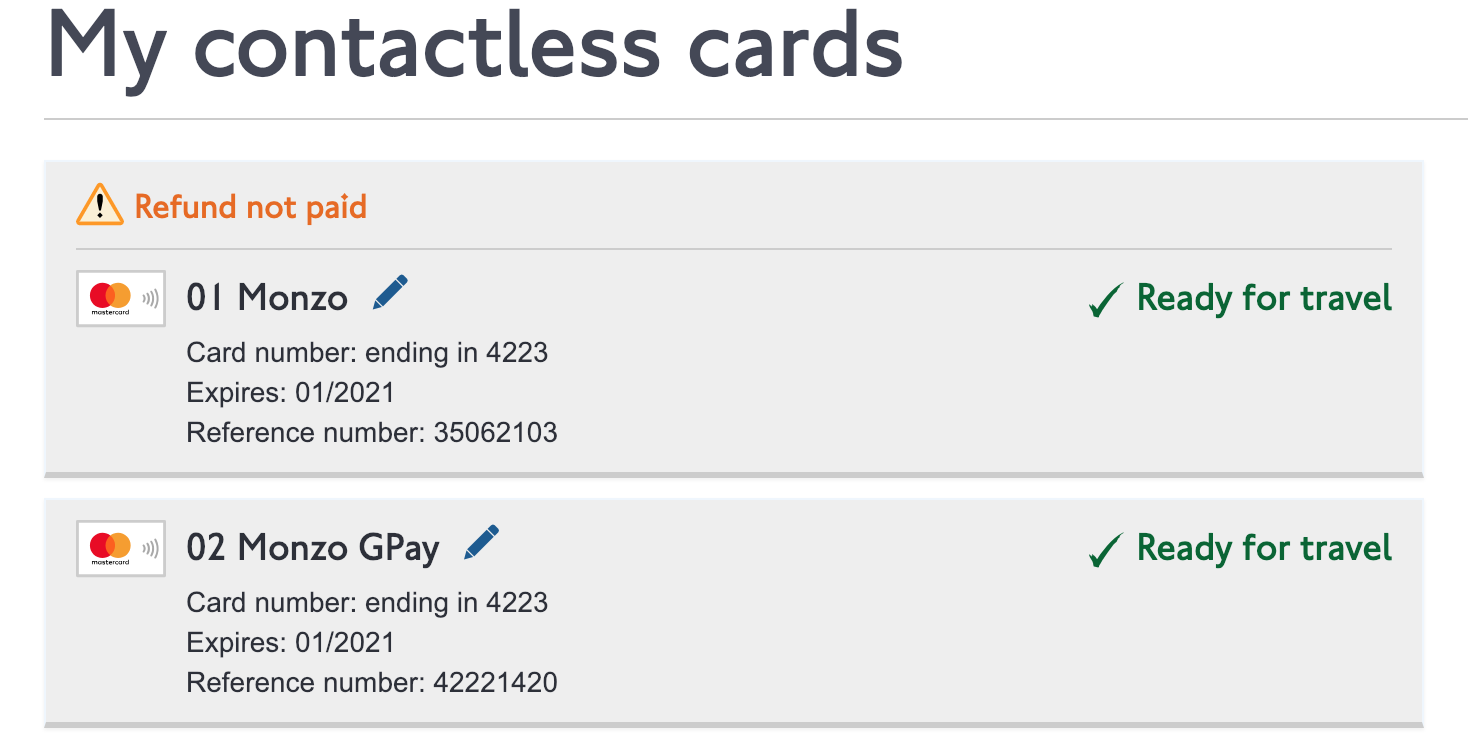 I believe using your card and Apple/Google Pay act as different sources of payment.

I can confirm these are considered different methods of payment as I have in the past needed to pay for someone else’s travel on the tube. When I asked a member of staff they stated that I could use Apple Pay for me and then my card for the other person to allow 2 people to travel and only charge 1 bank account. Hope this helps!
Be aware that if your phone dies whilst tapped in then you could face a penalty fee for not having a valid ticket!

They are different. Learned it when my phone ran out of battery once.

Amazing, thanks for clearing that up.

Also, does TLF count the watch and iPhone as the same? I have used the card/phone/watch but TFL only added one extra thing which seems to be all of my contactless device tap in’s regardless of whether or not I used my phone or watch.

Nope, if you tap in with your phone you’ll need to tap out with your phone. As they have different Device Account Numbers so Apple Pay presents them as separate cards.

Echo @tommyturtle, one should use the same device to tap-in-and-out. According to Apple, Apple sets a different digital card encryption number for each device, so that is why they are considered as separate cards in this context.

Yeah, official TfL documentation states that each device is a separate payment method, and therefore has a separate transaction history/capping etc.

However, when I added my Amex to my contactless account, and then proceeded to use my Apple Watch, all the journey information was under the original Amex card… however, when I had to re-add my Amex card to my Watch, a new entry was created.

It does get really annoying if you need to re-add a card to Apple Pay. The new Apple Pay card will have a different card number, and therefore you lose out on capping

Oh, and my phone decided to completely freeze on me when authenticating Face ID for Apple Pay, just as I was getting to the gateline… had to hard reset it. Glad it happened before I was in the queue for the gateline, that would’ve pissed people off no end…

Oh, one other thing. I recommend against using an Apple Watch with TfL. Every few taps, the barrier decides the watch is two different cards and gives a ‘Use one card’ error for about 3 taps before working… bloody annoying. Doesn’t seem to happen with my phone.

Shame they don’t allow you to group your payment method’s on an online account.

I’m just glad they let you rename and archive contactless cards… if not, I’d be super confused.

I’m already super confused, what with the fact you can’t give Oyster cards a friendly name… and the fact that they still haven’t integrated their Oyster Zip and Oyster systems.

I believe these are all considered separate payment methods.

Indeed they are; always use the same method to touch in and out otherwise you will be charged two maximum fares.

Weekly capping will also ONLY work using the same method to pay; using Google Pay, Apple Pay and your physical Monzo card are classed as three different cards and would not all band together to cap at the end of the week.

I’d advise using your Monzo card as running out of battery will never be an issue.

I still wish you could add an Oyster Card to Apple Wallet.

I’ve used contactless for years on my watch, and whilst I benefit from daily/weekly capping, I know its still not as good value as a monthly/annual travel card.

I just don’t want to carry another card, and constantly have to fish it out on the commute / know I would probably lose it at some point.

I tried to add my American Express to the online account just now and seems there are issues with this right now: 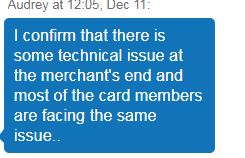