My 6S is coming to the end of the contract in a couple of months. Digging the look of the blue one, so will probs upgrade to that. Thoughts? 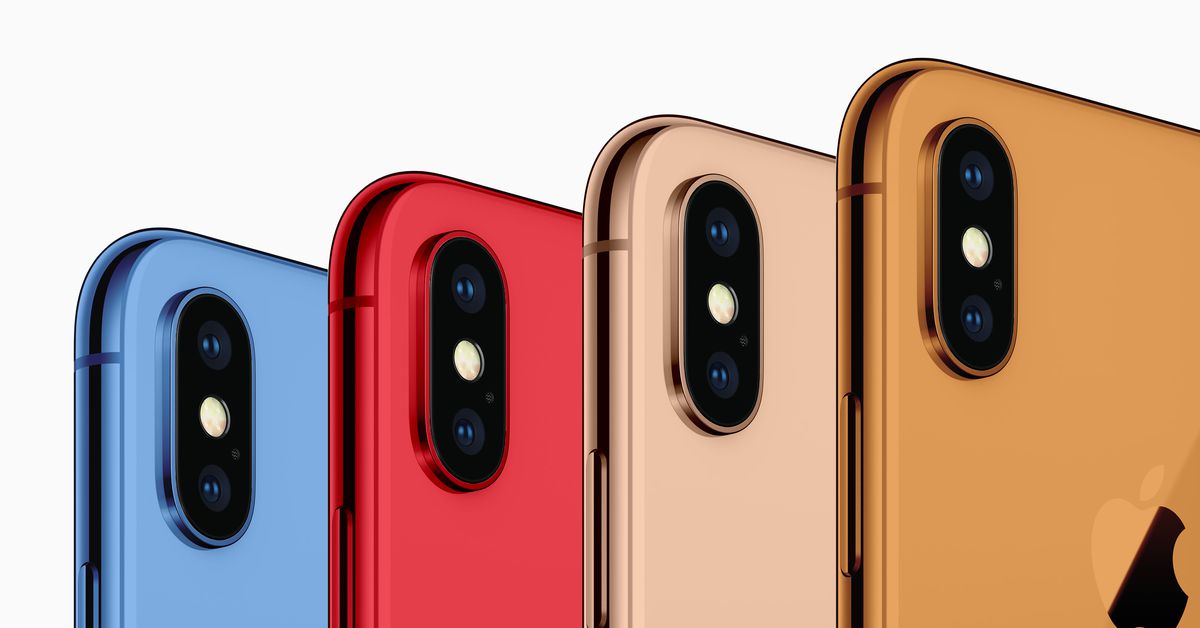 Apple’s new iPhones for 2018 could include new blue, orange, and gold color options

oooh quite like the blue one too! I have a 7+ and still trying to decide whether to upgrade this year. Last year was the first time I’ve not done an annual upgrade and I still don’t have any issues with my 7+, it’s fast, battery is at 87% capacity and plenty of storage. But pretty new phones

I really want the red iPhone 8. Will probably have a cover on it so logically there’s no reason to have it, but it looks great

If I couldn’t have blue I’d go white or gold probably.
Hopefully, I’ll upgrade when the new iPhone’s are announced.

Orange is an interesting choice for Apple…

Wife recently got the 8, it’s a very shiny phone.

Funnily, she has added a blue apple silicon case on top of it and it looks smart. You get the red detail in the gaps (like around the camera).

I’m probably gonna go with whatever shade of Space Grey they release this year. My white/silver iPhone X is nice, but I like to change it up every year.

I’m not a fan of Apple doing coloured iPhones — wish they had just stuck to black and white, or just black! I feel it takes away from the premium look to a certain extent. Black will always be the most elegant, and the best

I thought you were an Android guy.

I’ve been over this!

I largely prefer Android, but it’s also beneficial for me to have an iOS device.

What do you use a secondary phone for? Is it only to be able to test Monzo on it or is there another reason, like having two phone numbers*?

*There is a solution for that…

Handful of music apps mostly that are iOS only, testing Monzo iOS version, and just a few random other apps that are iOS exclusive. Plus, when I’m abroad I keep my UK SIM active for 2FA on some stuff and in case family or friends try and call, and then have a local SIM in the other phone.

I actually don’t use the secondary phone number at all. Nobody has it, so I know that if it rings it’s likely spam.

I couldn’t cope with having 2 phones to carry around. It’s just too much hassle!

Also not a fan of the coloured phones.

I reckon if they do them, it’ll be for the lower end of the new iPhones - Not the flagship model.

I’m hoping that they do a Product (RED) version