I’ve had a quick search and didn’t see anything obvious on this topic. I use the Monzo.me link feature quite a bit to request money from friends who don’t have a Monzo account. The user experience for those payees is quite poor in comparison to the similar feature Starling Bank offers. The payee has to enter their full bank card details every time.

Are there any plans to add Apple Pay feature to Monzo.me links to improve the user experience/speed of payment? This has been available using the similar Starling feature for a few years.

It used to exist but it costs the bank money so they took it off.

People can add the card details to their native browser though which should generally pick up and allow simpler processing.

Monzo’s last official stance on this was that it was removed temporarily for some stripe issue (IIRC) and would be back a few months later. And then they stopped responding to or acknowledging the thread for it. And it’s been a few years now.

Other banks do this. It was the feature that sold Monzo to my friends, especially the American ones, which Monzo are trying to expand into. Monzo isn’t as cool now, is the impression Monzo me leaves. I don’t use it anymore as a result, and I don’t know anyone who does either. Starling’s settle up and the Revolut one are the go to tools for this functionality now. I use cash app almost exclusively for this purpose now.

Fully agree with this, big backwards step ever since it’s been removed. Takes away from the ease of Monzo Me.

It was the feature that sold Monzo to my friends, especially the American ones, which Monzo are trying to expand into.

Interestingly, I don’t think Monzo.me is available at all in the US.

They do have debit card top ups though, but are quite heavily policed (only one debit card allowed and you need a selfie and chat session to change it).

It’s not, but my friends want it!

The fact they’re american, with a big old fashioned American bank and could send me money straight to my bank account via Monzo.me instantly at the tap of the button with Apple Pay and no kinds of fees really blew their mind.

Anything that makes life easier for end users gets a +1 from me so I would like to see Apple Pay as an option.

Revolut doesn’t accept Google pay either, other half tried and had to enter manually.

Also, I’d not be using a browser that I felt wouldn’t keep my information safe, let alone storing card details or not.

I’ve always added to safari or chrome and never once been subject to any fraud.

Monzo’s last official stance on this was that it was removed temporarily for some stripe issue (IIRC) and would be back a few months later. And then they stopped responding to or acknowledging the thread for it. And it’s been a few years now.

We disabled the apple and google pay integrations on monzo.me last month. This is because we had to upgrade the version of the Stripe integration that powers it, in order to be compliant with the new Strong Customer Authentication regulations. The Stripe update requires more work on our side to make Apple and Google pay compatible with it again. The team that owns monzo.me (the one I work on

I wonder if Monzo wanted to slip @nickrw a few quid to come back to sort out the Pays? I’m not sure if he has much on at the moment 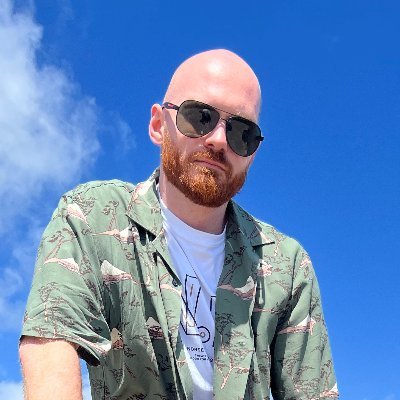