So it seems that pretty much all the major tech sites and bloggers have their reviews landing at the moment.

But can the new processor and camera justify the very high price?

The Verge notes that the cameras are “good but not great” and actually aren’t as good as the Pixel 2 from last year. This should be quite concerning for Apple, with the Pixel 3 launching next month, and particularly since The Verge are often accused of a pro-Apple bias.

If you scroll down the article, there’s some side-by-side comparisons of the XS and the Pixel 2 XL, and it’s difficult to disagree. Somehow (likely due to their market-advantage in machine learning and AI) - the Pixel 2 is still outdoing Apple on the camera front a year down the line, and Google have almost certainly been doubling down on this - guess we’ll find out at the Pixel 3 launch next month.

I think for most people it’s going be hard to justify the premium of the XS and XS Max over the XR, and depending on how aggressively Google go with Pixel 3 pricing and advertising, I can imagine a lot of jumping ship to the Pixel - I think there’s a very good chance that Google sell significant more Pixels this coming year than they have to date.

how aggressively Google go with Pixel 3 pricing and advertising, I can imagine a lot of jumping ship to the Pixel

If the pricing is the same as last year, it’ll be aggressive in comparison though.

Didn’t the Pixel 2 XL start at £799? If that stays the same, then that’s a £300 difference between the Google flagship and the Apple flagship.

True! If they priced it at a similar level to one plus’s handset (between 550-650) i’d buy one in a heartbeat. I just find anything priced above £700 to be excessive and is the main reason i’m still on my 6s plus

Hasn’t the pricing on the Android side always been aggressive, compared with Apple?

That’s not a good thing.

(Put another way: I bet there won’t be any significant switching from iPhone to Pixel 3, when maybe there should be)

Sorry, I’m not clear what point your making. Are you suggesting that Apple is in a completely different league in smart phone quality and cost. The only way for the pixel to compete is to offer a lower price (because it is android).

I agree there won’t be a mass exodus from iOS. I do feel that there is Apple fatigue amongst those of us that have used iPhones for years.

I’m saying that, for the most part, Android and iPhone aren’t in the same market. There are Android phones that are similar in quality (if not better) than the iPhone, at much lower prices. Why aren’t people switching?

My guess is ecosystem lock-in.

The Guardian has posted a roundup of quite a few of the reviews out right now. 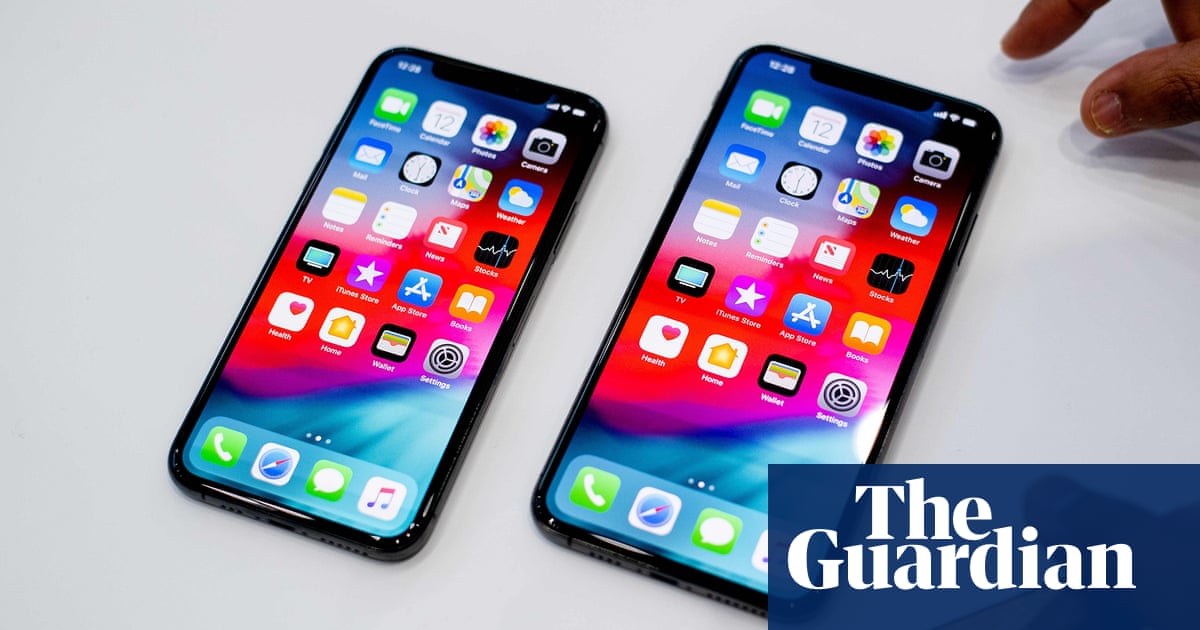 iPhone XS and XS Max review roundup: you might want to wait

Early consensus from tech press is these are best iPhones to date. But is it worth holding on for the cheaper iPhone XR?

There are Android phones that are similar in quality (if not better) than the iPhone, at much lower prices. Why aren’t people switching?

Hasn’t this been the case for years though? The only difference I can see now is that because the iPhone is so expensive, the cheaper Android phones (OnePlus etc) suddenly look even more attractive, and make the iPhone look even more overpriced.

For the price conscious people, there are some amazing Android phones to be had.

The reason I don’t switch is because I love using iOS - I love the fact I can go from iPhone to iPad to Mac, and not really notice much difference in the apps I use (not to mention the amount of apps I’ve already purchased).

I plain and simple don’t like the Android OS!

The iPhone X to iPhone XS is probably the smallest update I’ve seen in a long time (maybe 6 to 6s would be up there as well).

But the XS compared with the 8 or 7 is huge (assuming people are on 2 year upgrade cycles).

I’m happy to pay for the things I love to use, and whilst I’d love for the iPhone to be cheaper, I know I could get 4/5 years of decent use out of it (with new OS’s being supported and most new apps being supported).

Sure — but do you check out the Android alternatives each time you buy a new iPhone? Or are your options just the new iPhones?

From my perspective, if it were easier to “give Android a go”, there are phones that are interesting. But it isn’t easy. So I’m picking up a XS Max on Friday, because it’s the best iPhone, even if it isn’t the best smartphone.

That’s the thing - I love the android hardware, especially at the price of the OnePlus etc (not fussed with Google or Samsung).

It’s just the actual software I don’t like - So yeah my options are always “iPhone or… iPhone”.

It’s purely a software thing for me.

There are Android phones that are similar in quality (if not better) than the iPhone, at much lower prices. Why aren’t people switching?

My guess is ecosystem lock-in.

Depends on the market, I suppose.

If we’re talking worldwide, Android has 75% market share compared to 25% for iOS.

Here in the UK it’s historically been fairly even, although Android has arched ahead recently.

In some countries like France, Poland and Spain you see a 70-80% Android market share. India and Korea favor Android, US and Canada favor iOS.

I’m surprised Apple killed off the iPhone SE, as I thought that was a device aimed squarely at the mid-range, now they don’t really have any mid-range devices.

Although I have both, I personally prefer Android as an operating system for my day-to-day needs due to the freedom, flexibility, hardware choice, and tighter integration with market-leading Google software like Gmail, Maps, YouTube etc. I often find myself having to jump through hoops to do certain tasks on iOS (anything that involves any kind of file manager springs to mind). Android also has a clear advantage in the smart home and smart device category - there’s no combination of devices from either Apple or Amazon that work as well as the Google Home / Home Mini / Nest / Assistant combination. Google Assistant is simply leagues ahead.

That said, Apple’s performance, resale value, support network, audio system and simple backup/restore system keep it competitive. I use Traktor on iOS for DJing and occasionally run some iOS synths into my home studio and that’s an area where iOS has a large advantage in dev support.

Didn’t the Pixel 2 XL start at £799? If that stays the same, then that’s a £300 difference between the Google flagship and the Apple flagship.

Will be interesting to see where google goes. Apple still holds the castle for security, support, and long term updates (over 5 years compared to googles 2-3 years)

I like that all my devices are Apple and support is easy to find online/ instore. Everything is linked and even if I was tempted by the Pixel 2/3 it would make things extremely inconvenient and difficult to use for me. I’d be happy to pay more for an iPhone, but I’m sure I would be able to earn a fair amount selling my old iPhone anyway which would go towards the cost of my new phone. Android being much cheaper might tempt some people but I think a lot of us would rather pay more for ease of use.

I also buy most of my phones secondhand and refurbished which comes with a year’s warranty, so I don’t feel the urge to buy new releases as soon as they come out. The iPhone 6s I’m using is my favourite for size/ function and I’m reluctant to switch next time, but if I do switch I might spring for the iPhone 8 plus or XR. I like the size of my current phone but I also really want portrait mode.

Reviews in general seem quite tepid on the year over year progress for once. Several bloggers saying this is the first year that they haven’t been that excited about upgrading.

Doesn’t surprise me at all that most analysts are reporting that demand is ‘lackluster’. It’s the usual ‘Slightly faster, slightly better camera, £200 more’ from Apple. Yawn!

Interesting read on the camera from Gruber:

One phone in two sizes. It’s all about the camera.

Makes sense. It’s not an upgrade is your have the iPhone X for example. No one expects you to want to upgrade. My understanding is that the S is the tock version of apple products. For anyone without a new iPhone it’s obvious a consideration if you’re wanting a higher end phone. For everyone else, apple expects some people to keep there old iPhones for longer they basically said so in the recent video.

I actually thought he showed himself up as the fanboy he is.

Kind of reads to me like Apple invented larger sensors / bigger pixels / computational photography / Smart HDR / dedicated AI chips. He even goes on about Google doing processing in the cloud and using a jpeg as the input rather than the sensor data when they had the Pixel Visual Core last year.

It’s great that Apple is doing all these things (and more) but it’s all catch up on what Android manufacturers have been doing for years. At least the Verge calls it like it is.