Issue: Siri P2P payments fail and ask you to open the app.

Details to reproduce: Try and send a payment to another Monzo user via Siri and it will prompt you to open the app after the touch ID stage as it has failed.
OS: 11.4
Device: iPhone 7
App Version: 2.4.0 #429 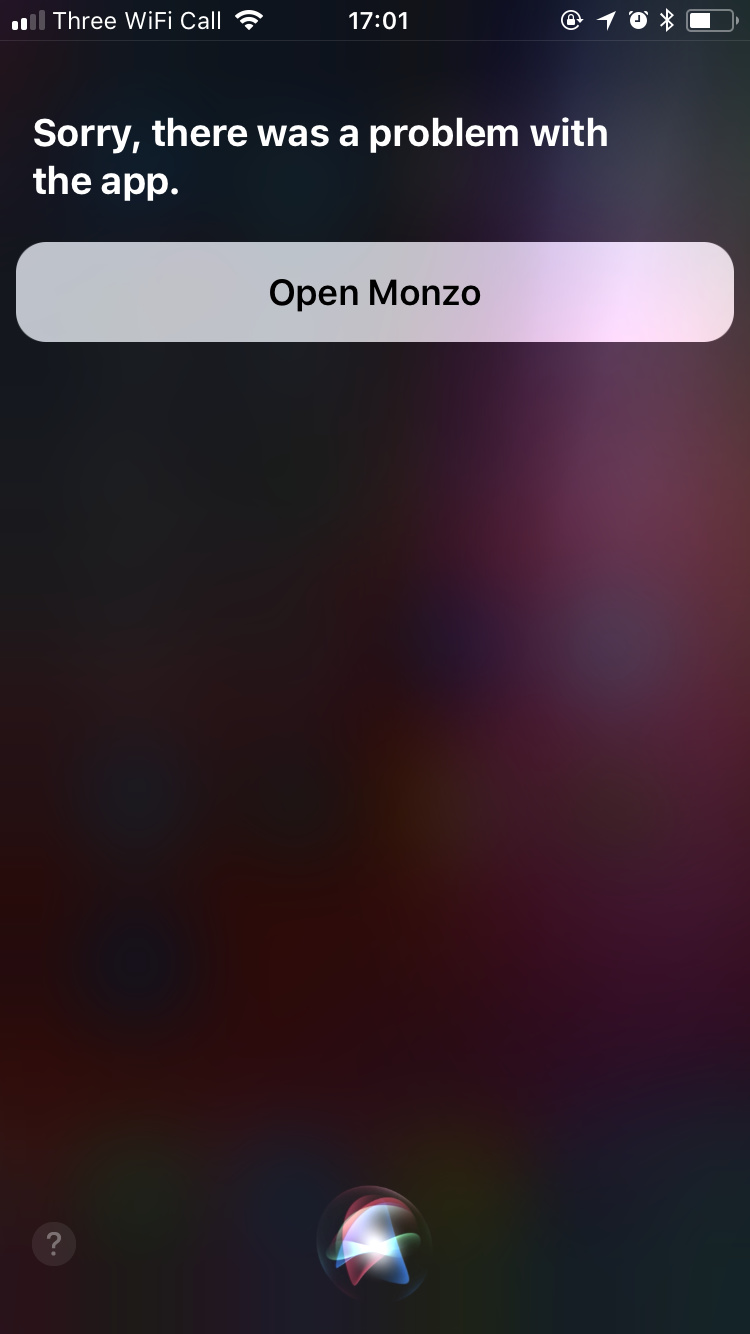 I’m also having a similar issue.

I’ve never been able to get Siri Payments to work properly with Monzo, they have only seemed to work if the other person is on Monzo.

The first image ‘Luke’ is a Monzo user and the second ‘Dad’ is a saved reference, non Monzo user.

I thought P2P payments were Monzo-to-Monzo by definition?

I asked about this on slack a couple of months ago, there doesn’t seem to be any plans to fix it

I’m assuming that once PayM is finally introduced, maybe Siri Payments will be fixed?

To be honest it took Barclays a year to fix this feature in their live app and First Direct I believe have only recently introduced?

You’re also assuming that PayM will be introduced at some point. I haven’t seen any plans to do that at the moment.

I hadn’t seen that. I need to have another trawl through that list, then.

I pushed a few months back for it to be added to the roadmap, nice to see it’s on there.