Issue: When selecting to split a bill on an individual feed transaction the screen to select contacts to split the bill with loads first in order of most recent (i.e. last person you’ve split a bill with). This will remain for a second before reloading and jumping to a different order which looks to be alphabetical. This delay can vary in time and can cause selection of wrong contacts to split with. 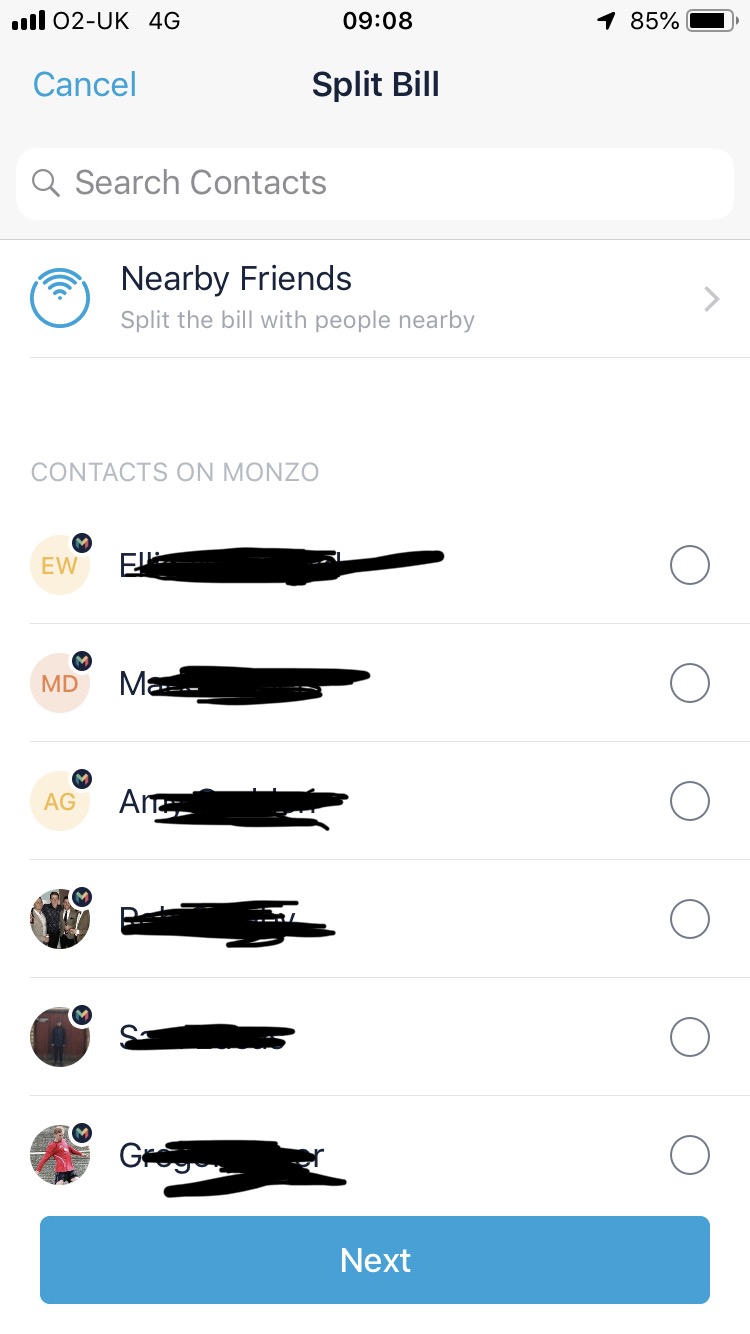 After a second or so 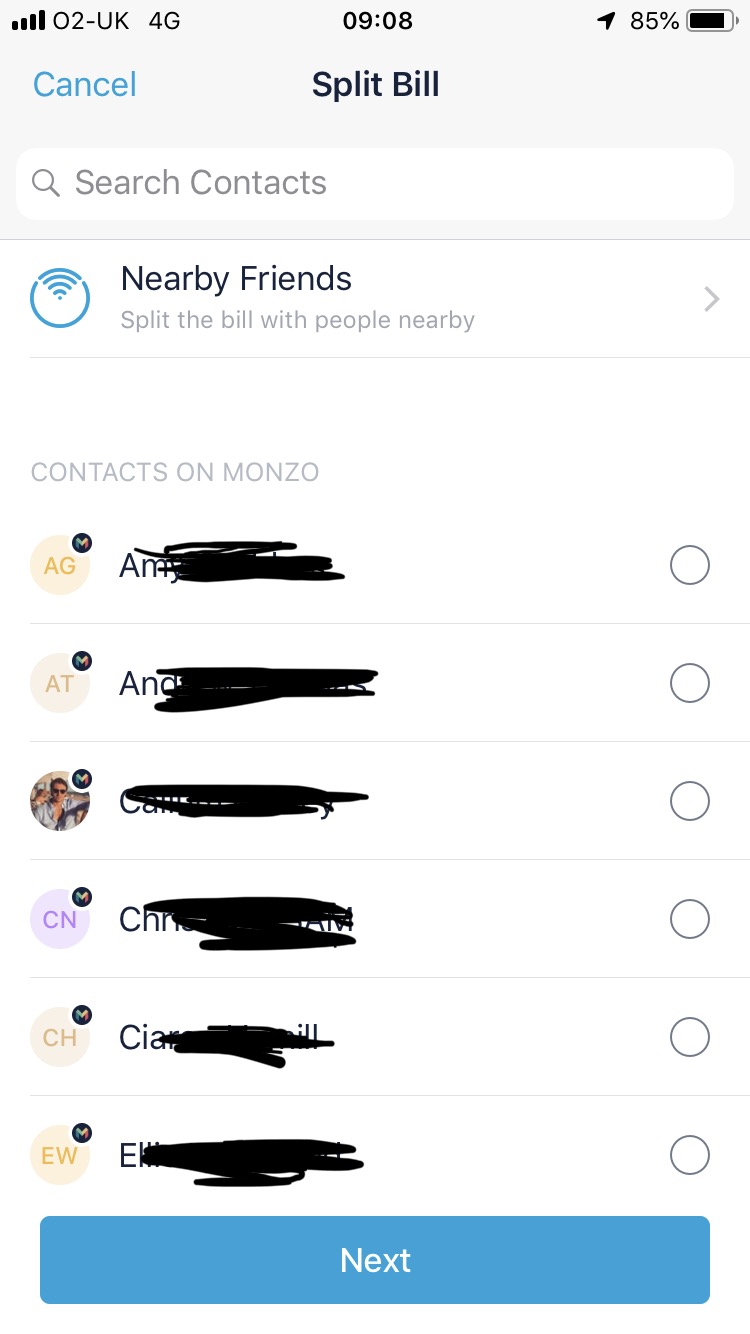 I’m having this issue as well. What OS version are you on ?

It means I’m starting to annoy the first person with A in my contacts list by requesting stuff from the in error when it jumps haha!

I have the same issue.

I am experiencing this issue too.

Also - 99.9% of the time I bill split with the same person, yet because they seem to be sorted alphabetically (and their name starts with T) I always have to scroll down. Can this not be set to be ordered by people I have recently/most frequently split a bill with?

Edit: I’ve realised it isn’t actually sorted alphabetically. I can’t work out what the order is, but there are people near the top that I have only ever split the bill with once (and some I have never split a bill with).

I think this possibly came with the last release of TestFlight, but I am beyond happy that my partner now shows up under a “Recent” section when I do a bill split. It had been driving me nuts for months that I had to scroll down the list every time I wanted to split a bill with him. Thanks Monzo! These are the small, quick-win changes that make the app more enjoyable to use.

Just need the ability to add a note to a bill split and then I will be completely happy!

I think this possibly came with the last release of TestFlight

Yes, good spot! We fixed this annoying bug in the latest build and it now uses the same sections as the “Payments” tab