Can I ask if there will be any ability going forward to delete old chat history? I have several messages going back to the prepaid card days and the messages aren’t relevant anymore. I would like to be able to delete old messages to keep things tidy. Any plans? I can archive and delete old messages from my other online bank accounts so it would be nice if I could do this with Monzo.

Monzo are building a new in house chat system to replace the current 3rd party one, no word on functionality yet but hopefully! I know functionality to remove sensitive information is being planned

anybody else having difficulty accessing chat history today - Im on iPhone 5s 2.15.0#455

going into “chat history” on the help menu - I just get a blank screen with Monzo chat - the keyboard and a scrolling blue line across the top of the screen - no chat history at all ??? 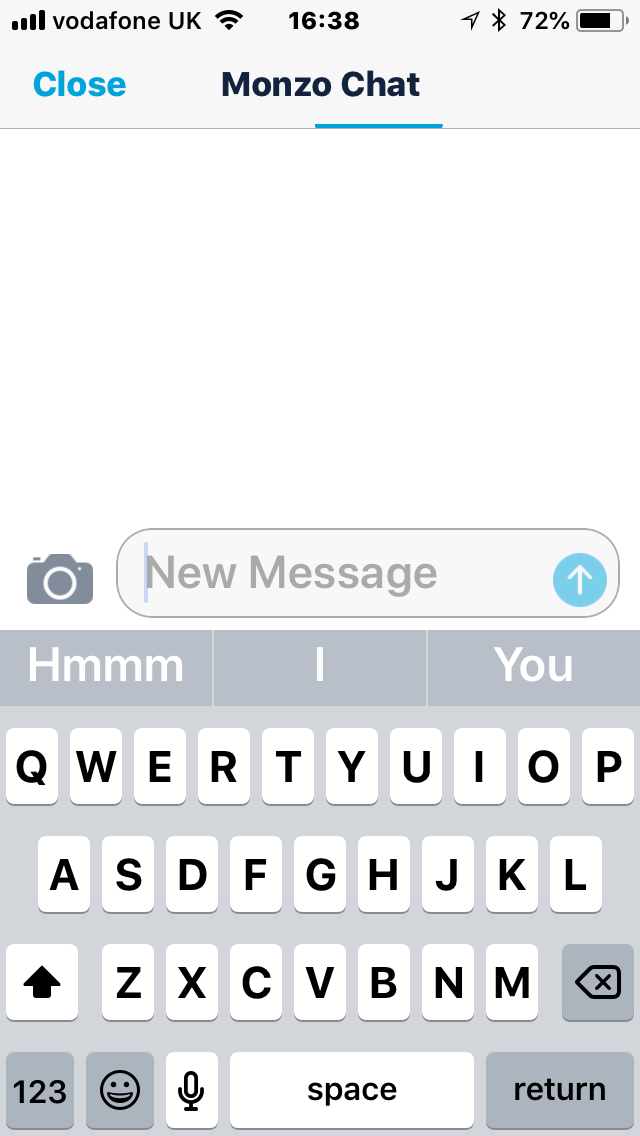 lol maybe the original posters wish has been granted

All looks normal to me.

I wonder if you’ve been “converted” to the new system?

It looks more like a native iOS message than the previous system (if it is indeed the new system).

I’m on Android and nothing is different for me.

This was also reported by @monzo2018 here;

@iansilversides loooks like you’ve got the new one to be honest!

- bit confusing then really, when I press the chat history button I would expect to see my chat history and didn’t

Maybe a message saying something like “You don’t have any chat history” instead of an empty screen would solve your issue?

We’re polishing the Android bit at the moment before we roll out to customers - I think iOS is just easier because it’s one platform.

Android has so many variables, but it’s never far behind.

Also I think less than 5% of customers have this enabled so far.

Is there any write up of the differences? I’n curious about the changes and benefits, etc.

I’d imagine sharing that is on our roadmap when we’ve got it sorted. I’ll check

I’m not clued up myself, I just like new things to play with

It’s basically an internal intercom so we remove that cost and have much more control over how it works.

Really glad that Monzo are bringing the chat system in-house. We’ve seen with from the Ticketmaster breach how a third-party tools can introduce security risks. Good to see that Monzo are taking the risk seriously!

Would existing conversations from Intercom be imported into the new system when it rolls out? Or if not is there a way to export them? I’d like to keep those around as a souvenir as they date back to the early Beta.

I’ve asked about that, just waiting for an answer

Any existing conversations from intercom won’t be transferred over to Monzo Chat.

If you need the record of this, we can get a .CSV PDF file for you