Hey! Apologies if this is in the wrong place, I’m not used to using forums such as this.

TLDR; I raised an Amazon dispute for an IMac that I returned to their Warehouse for being faulty. I’m worried I’ll lose the dispute as Amazon is obviously a very big corporation and I have never dealt with a chargeback/dispute process before.

It’s fair to say that Amazons customer service team is horrible and after this is all wrapped up, I’ll be closed my account asap.

I ordered an iMac earlier this year however due to a fault, I requested a return which was approved. Amazon stated they couldn’t arrange to collect and that I would need to arrange my own which is what I did via UPS. They agreed to pay for my shipping which they did in all fairness.

The item was collected and delivered to Amazon as can be seen in the tracking information however Amazon have come back to say they won’t be refusing me but the reason seems to change each time. Initially they said I would need to wait 14 days for this to process in their warehouse, after 14 days they said I needed to wait 30 days, after 30 days they said I needed a collection receipt which was never issued to me but I did get confirmation of collection via UPS and then they pushed back to say that because I used a UPS shipping label and not Amazon they won’t refund me( what does that even mean? They told me to arrange my own shipping) I did actually use both UPS and Amazons and then finally today Amazon was in touch again to say they already refunded me for an amount of 40.97 (the shipping cost) so I need to pay back the full amount that was disputed (1280)?

Obviously Amazon should lose the case and clearly there is a lack of understanding and consistency on their part paired with the fact they actually have the imac back in their warehouse but I’m still really worried.

Before I even raised this with Monzo I had such a hard time with Amazon that I lost sleep and even felt physically Ill because of the amount of money.

If I lose is there any option to appeal? Alternatively can I take legal action? Any help would be greatly appreciated!

I would imagine your best bet is to escalate with Amazon.

Have a look here for a similar “Amazon fighting for no reason” story and how they solved it.

Hello, I placed two orders via Amazon, and one of those orders required a OTP. The delivery driver arrived, asked for the code and I stupidly gave it to him. He handed me over a box that had clearly been tampered with so I quickly opened the box before he arrived to find the expensive item missing. I ran after the driver and he told me he would check the back of his van for it, though he wouldn’t know what he was looking for considering I didn’t tell him what was missing… He gruntled and said…

Amazon clearly have your iMac - not disputed. Did you pay by credit card?
R-

Hey! Yeah actually I have sent like maybe 30+ emails to Amazon and they keep ignoring me… I even called and asked to be transferred over to a Manager and then the call was ended immediately.

I’ll take a look, thank you!

Hey thanks for getting back in touch! I paid via debit card

You need to go higher and higher until you get it resolved.

Have you tried the contact details in the thread I linked to?

Ok, that means you don’t have recourse with S75. Revels suggestion is your best bet.
R-

I have made multiple attempts to escalate which has added to the stressful situation as it has gotten to a point where nobody will get back to me.

With that said, I’ll try and use the email in that thread to see if I get anywhere. I have already opened the chargeback (prior to this thread) and have been refunded by Monzo temporarily- the message was because they believe I may likely win the dispute but will have to pay it back if I lose although I reckon this is standard practice.

Should I wait until after the dispute or do you think it’s okay to go ahead and try to contact them again via managingdirector@amazon.co.uk?

I really appreciate your help btw!

If the chargeback is disputed by them, then the money would be debited from your account again (even if this puts you in unauthorised overdraft), however Monzo CS would be able to appeal by resubmitting again (whether they credit your account again is at Monzo’s discretion, though). Amazon would need to supply clear evidence of the reason for rejecting, responding to the evidence Monzo has sent.

After two disputes / appeals it goes to an indipendent arbitration scheme, however this is very rare as the losing side gets charged heavily for that, so someone normally backs down before that.

To me it sounds likely your chargeback will be successful, although I only have what you say to go on of course. Still, it may be worth ringfencing the money in case it is disputed and debited from your account again.

Hey! I really appreciate your response.

I don’t think they should be able to provide any sufficient evidence as to why they haven’t refunded me so that has made me feel a lot better! I wasn’t too sure of how the process worked.

I know there is still a chance I could lose but this gives me hope.

You’ve got to love the warehouse pickers at Amazon. This was probably done on purpose: 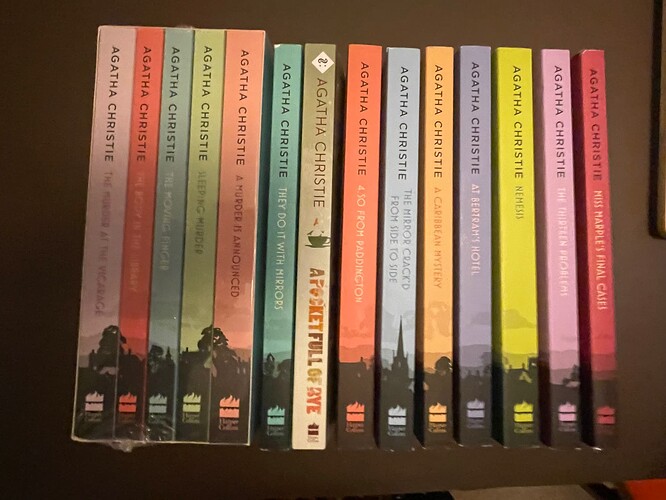