I did need a new light fixture after my bathroom one went kaput, so went to ikeas website.

It’s just not the same experience though. How can I buy more stuff that I don’t need if I don’t have a virtual walk through the showroom?

I did look at the Meatball page for 10 minutes though, but it’s just not the same.

The IKEA website doesn’t force you to go via bedrooms, childrens zone, restaurant, cookware, paintings and scented candles, to get to lighting. It’s like they don’t understand the process!

I went to IKEA in manchester the other week. Not as bad as that image, probably around 10-15 minutes wait.

I of course got some meatballs, which have an updated package design! and they only do beef now not chicken or veg ones

There’s still a box of IKEA tealights in my garage somewhere. All from IKEA. Some of them must be 20 years old, near enough. It’s mad.

Masks are pointless, people in China etc. have been wearing them for years and they still got the Corona

Look at Hong Kong, specifically. This is one of the most densely populated areas of the planet, and they haven’t had to go into full lockdown for COVID-19 despite being right next door to China. Looking back on the past few months and what has happened in the rest of the world, scientists now believe this is because over 90% of people using public transport in Hong Kong wear masks.

It turns out the main reason face coverings were discouraged in the Western world was because governments were worried about citizens buying up the type of respirator that hospitals and related facilities desparately needed (N95 or FFP3 masks), and the WHO were following the science and said the science was inconclusive.

It’s apparent now that we would’ve been better off treating face coverings as a form of Pascal’s wager - that there’s no downside to wearing a mask, and potentially a big upside, so the sensible thing to do is to make that bet anyway.

As someone who was on the “Masks? I don’t think so” side back in March, the above could also be taken as a big ‘mea culpa’ from me. I tried to follow the rational path, but ended up being wrong. I still think it was right to save the ‘proper’ masks for hospitals etc, but I think the government were wrong to not be clearer this was why they weren’t asking for masks to be worn, and I think the WHO could’ve perhaps acted faster to support the wearing of other kinds of face coverings.

Nobody really believes that figure for China though do they?

I’m in China currently. I had to go for a Corona test some time ago - the largest corona test facility in a major city was dead, I was one of the few there and beds in what I assume was a ward was empty. They very quickly implemented very good controls which worked very well. I came to the UK in February for a visit and noticed a stark difference. Upon leaving China I was temperature checked and health-screened by multiple people. When I got back, you were only allowed into particular areas if you lived there, as basically everything was closed it was delivery only and delivery people weren’t allowed to your door they had to leave the package/food at a ‘safe’ location for your area and it be collected. There’s lots of small measures that were put into place which certainly had a huge effect. Even now there’s still trucks driving around daily blowing some kind of disinfectant onto the streets. They had people coming around spraying literally everything in the streets with disinfectant.

Not sure why there’s a delay to this - I’ve been in four shops today and two of those had plenty of affordable face coverings available. They’re also easy to get hold of online. This definitely could have started from this week:

Given their experience with SARS I do think it would have been sensible for countries around the world to follow China’s model a little more closely but still it’s definitely better late than never.

Also Korea - they had it pretty ‘bad’ at the start (not by today’s standards) but they very quickly had it under control.

The UK probably could’ve followed the examples others were setting instead of telling everyone to carry on as usual (spreading the virus) and telling people masks don’t work, then telling people that they stopped you spreading it and that it’s not a good protective measure.

I thought it was insane how a deadly virus was going around and when touching down in the UK along with a plane full of people from a high risk area I just strolled out of the airport in a facemask with no one even asking or checking anything.

Since looking at websites people suggested earlier I’m now seeing ads for others.

The hannibal lecter one in here is crazy, not sure I’d wear it though

It’s a shame they have an insane delivery time of around a month.

It’s not even that. Not enough people are coming out to shop, so this is a governmental sop to the worried.

Nobody really believes that figure for China though do they?

Not with such a big population. It was for the same reason I found the claim a while back (whilst still coming down off the “peak”) that London had the lowest R0 number in the UK at the time somewhat dubious.

These face shields / visors baffle me. I see them being worn in all sorts of strange places and I cannot possibly see how they’re helping.

For what it’s worth, in hospital we’d only wear a face shield if we were doing some sort of procedure around the patients mouth and were worried about droplets getting directly from their mouth onto our face or eyes (eg dental work, inserting a breathing tube, etc)

You’ve answered your own question there. They can help stop droplets getting from one person to another.

As someone who’s from Hong Kong, it’s quite interesting the difference in acceptance about wearing a mask compared to here, though I did get thought in school about masks etiquettes etc when I was younger 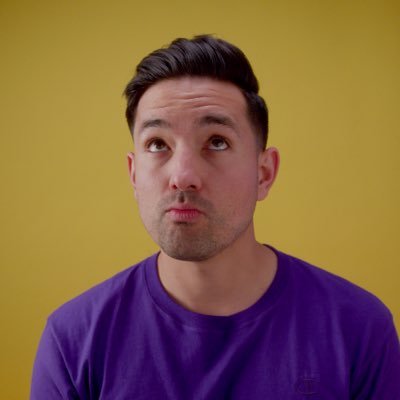 Funny when you look back a year ago and there was all these talks about banning Burka’s for security reason, now people are being forced to cover their faces