A place to discuss Apple’s upcoming September event event and the product launches that follow.

It can be streamed anywhere the Apple TV app is available, on YouTube, or via the Apple website. 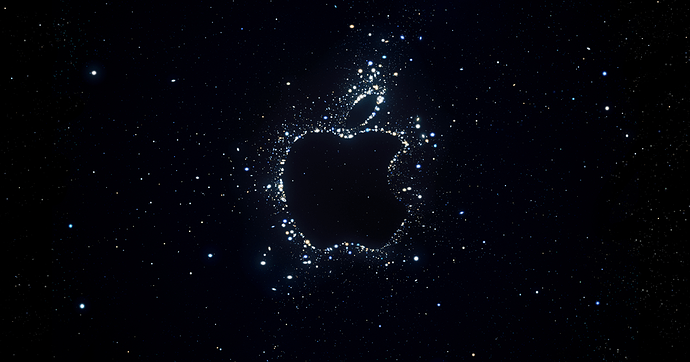 Watch the latest Apple keynote stream, and check out the archive of special event announcements for our products and services.

As ever, there’s a cool AR thing. Tap the Apple to play with it.

Interesting that they announced it this far ahead! Isn’t it usually a week out?

I wish! I’d be upgrading in a heartbeat

I swear it used to be the week before

Maybe when it was zero in person. Buy this has in person invites

No, this one’s early. Even before covid when it was only ever in person, it was always about a week (excluding wwdc) before that the invites went out.

Two week leads have usually been reserved for the more historic ones. Last time I believe was when they unveiled the watch for the first time.

Thanks for the update

It’s always been this early. That’s what made me say:

Any chance Apple TV will get updated or a price drop even, resisted buying in apple store on Saturday and Argos tonight, don’t know if I can hold out much longer … I need one lol

Given our current financial predicament and the weakness of the pound against the dollar, if the Apple TV price changes, it’s gonna be higher.

Any chance Apple TV will get updated

Most likely in the March/April 2023 event

or a price drop even,

I can dream, like price drop on the hd if a new model comes out. hd would do me fine.

They’ve had years old equipment sell for launch day price for so long, that’s why I bought the current Apple TV on day one. Apple never drop prices

Depending which model you’re after, some high street shops will sell them cheaper than Apple directly.

Is September when they usually update the base iPad?