We’re excited to announce that from today, Monzo current account users can now use their hot coral Monzo debit cards to pay with their Android Devices!

More in our announcement on the blog 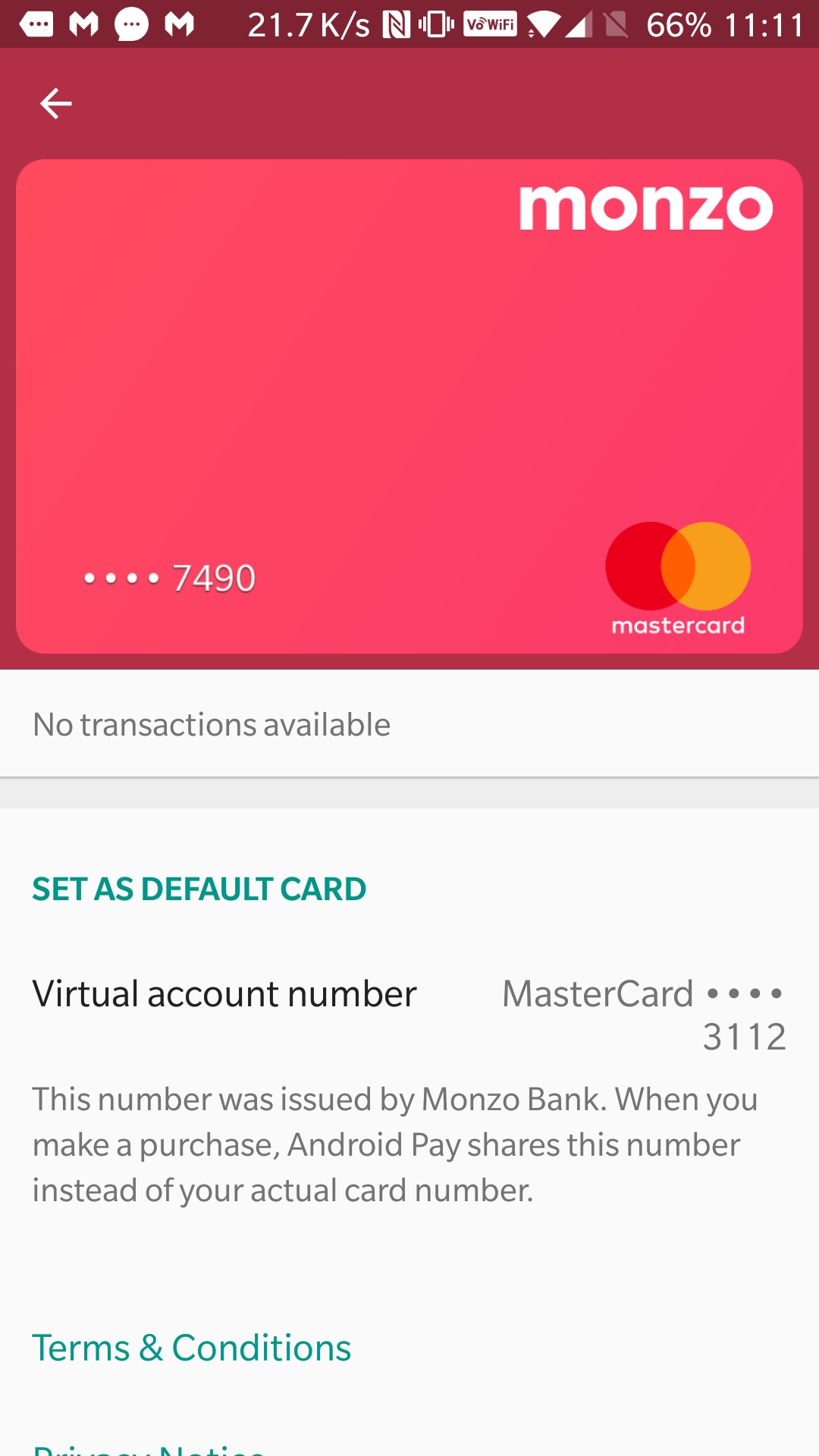 I’m so happy thanks guys!!!

This response doesn’t make sense. Why did you guys focus on Android Pay if the focus is apparently all on the CA. Fair enough Android Pay came first, but you can’t say no to Apple Pay on the basis that everyone is focused on the CA.

If work is going on that can’t be discussed due to NDA, then just say ‘We have nothing to say on this at the moment’. The tweeted response makes it sound like it’s been put on the back burner.

Excellent, now I just need to wait for the upgrade notification from pre-paid, and I’m in the Android beta channel.

It’s under an Apple NDA so they can’t say anything.

Awesome. Will be trying it out at lunch. 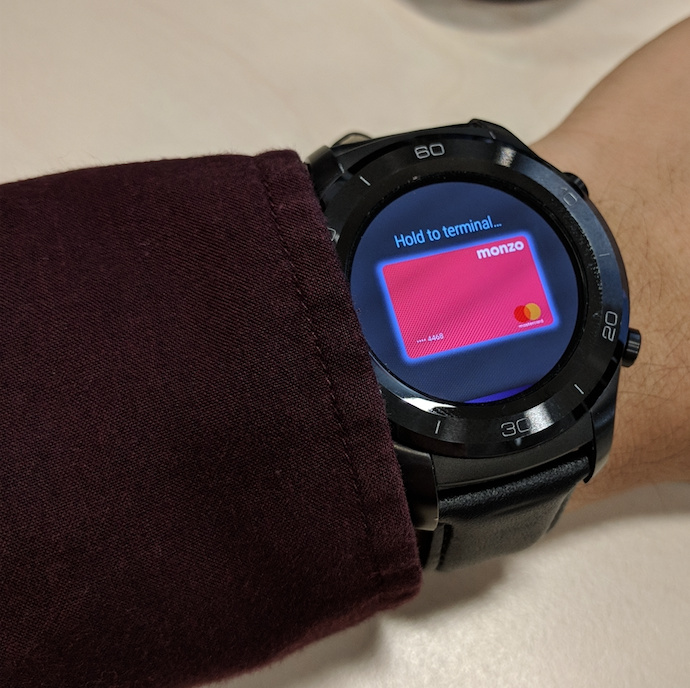 Super pleased for all the Android Monzonauts! Android Pay is a great addition, and definitely a long awaited one!

As a reminder to folks wanting Apple Pay: Monzo can’t talk about it at all due to NDAs, so their lack of communication on the subject shouldn’t be read as having any given meaning. Dealing with the big corporate tech companies takes a lot of time, and if one was to speculate that they’re trying to implement both Apple Pay and Android Pay, it’s logical to then assume the requirements, paperwork, and timescales would be entirely different for the two services – it’s virtually impossible to ship both at once. Android Pay has landed earlier, but that doesn’t necessarily mean that there’s no work being done for the iOS side of things.

So then they should say ‘We have nothing to say at this time’. Not that we’d love to but our focus is elsewhere?

It’s just defelction. They can’t even publically say they are working on it, its what an NDA covers.

Not to mention that since I’ve joined in mid-2015, swarms of people kept posting new threads on Apple Pay support (kind of got annoying lol). The overwhelming majority of users have been asking for Apple Pay not Android Pay. Should have launched both when they were ready given that their current focus is launching the current accounts.

You’re right, they should have deliberately held back a feature for Android users until Apple stop throwing their toys out of the pram around any Apple Pay integration. Seems sensible…

Looks like someone’s a bit butthurt about Apple’s practices

I think there has been a lot of toy throwing from both camps. I’m advocating for app parity starting with the Current Account apps. Something they said at the Brighton Meetup would be the case for all new feature launches going forward. Surely this is what all users want? So when users move between Android and iOS everything is there and ready?

I know this is 100% not true for the prepaid app but the Current Account app is very close to feature parity, with Android having a couple of things iOS does not and visa versa.

Just tried to be sneaky and add my curve card with monzo selected, it took the pound but rejected adding it. Was worth a try though ha

But the forum has only been around since Nov '15…

You’re right, Android App is still missing some features. Why widen the gap, I know not.

It’s hard to have parity and release at the same time when you rely on third parties. These are agreements with Apple and Google. If they ask for different things or have different requirements, it’d be a bad move not to focus efforts on the one that’s achievable first, or delaying one for ages to release them at the same time. In fact there could even be a clause which says they can’t release one alongside another announcement.

Have any banks released them both at the same time? Amex came much later to Android Pay, Tesco is still only Apple etc.