I am loving being a Monzo customer - as soon as joint accounts come in then the move will hopefully be to go full Monzo. I have a confession though - I also have a Starling account (joint also) as I have been watching both companies to see where to move to. I think Monzo has the right attitude with transparency and a clear drive for a feature-rich banking service, they have a prettier card too (very important) and I like the fact that everything is shared online… however, IMO, the Android app is well behind Starling from a UX/UI perspective. It feels cookie cut and almost like a beta app at the moment - it works, but just doesn’t lend itself to a great user experience. Are there plans for an overhaul at any point? The starling app seems to flow much better and it looks and feels like a modern Android app. At the moment, despite my love for Monzo, the app feels like something I would make… just some honest feedback.

Hey @latitudehopper, as @Peter_G said, any thing you’d like to change would help the Monzo guys to know what users want.

As a side note - Monzo have just ticked off their “iOS App is very similar to Android App” item on their “big list” - Yes, I did change the wording of it slightly!

So I reckon Monzo feel that it’s “virtually” the same for most users now - I certainly haven’t seen any plans for it to be revamped.

I’m an iOS user though, so perhaps some Android users can wade in and see if they can help you.

Based on discussion happening, I will ask my fiancée if she will mind that I compare hers (iOS) to my Android version and make notes.

Totally agree. Examples are needed. I will pop some up later today.

One straight away is the way Starling does payments, there is count down upon submission that allows you to stop the transfer, it is animated beautifully. Again, these are little things but sometimes the little things matter.

One issue I will have is that I cannot take screenshots of the Starling app as it is locked down and not allowed. I will see if I can give a list of definitive things I like about the other lot later - my guy feels that Monzo is the right horse to back and that is mostly down to the interactions on the forums.

One issue I will have is that I cannot take screenshots of the Starling app as it is locked down and not allowed.

It can be turned on in their settings temporarily but it keeps resetting…not sure how long it lasts for maybe 5 mins maybe 15?

One straight away is the way Starling does payments, there is count down upon submission that allows you to stop the transfer, it is animated beautifully.

This does seem pretty cool. Does it flash up with the account details you’ve sent to so you can double check too?

Yes. The circle around the avatar is the count down, there is a cancel button and the account details are below (blurred here) 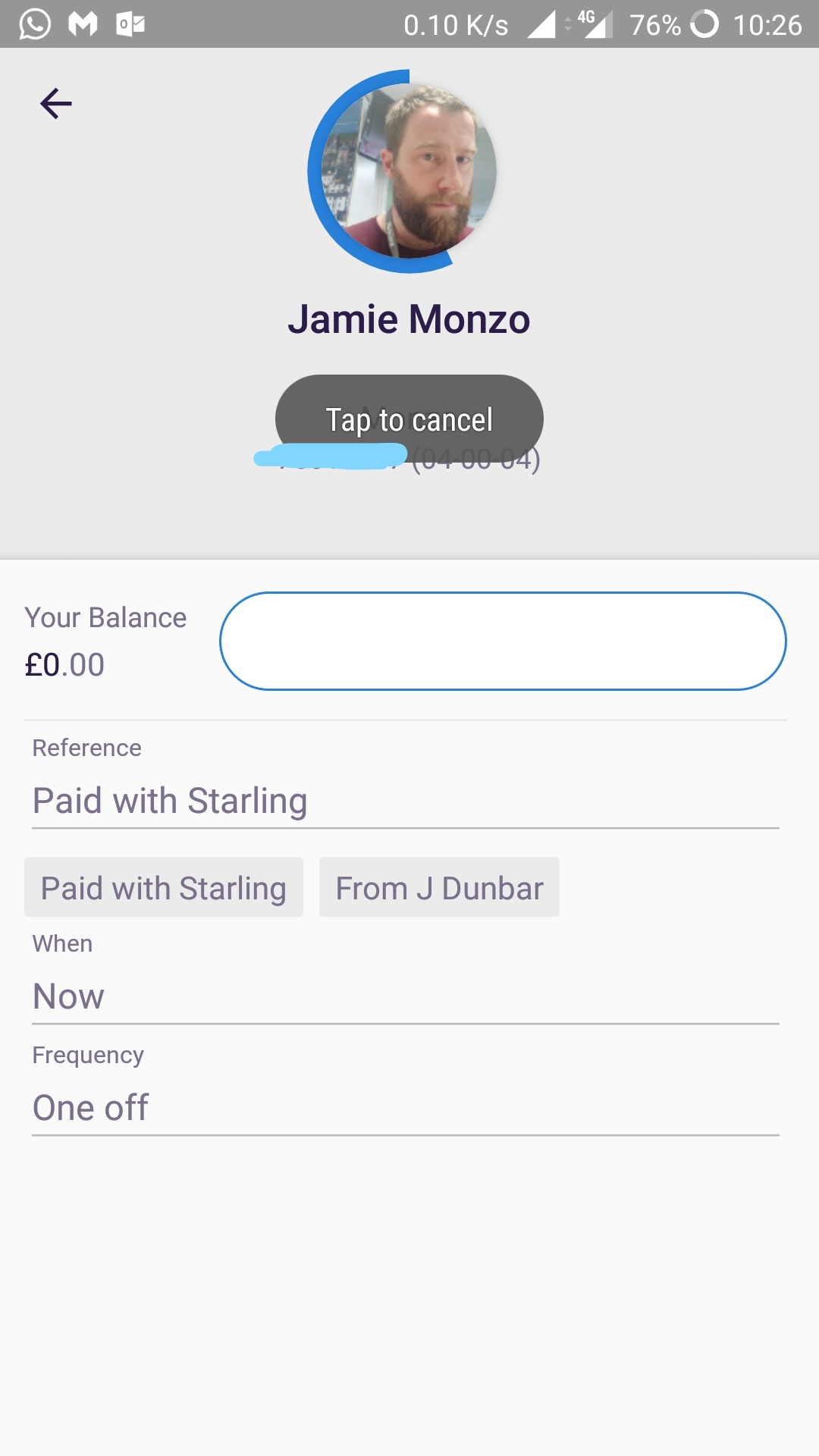