Yeah, I was trying to remember how they did it

You could have the same manual process of occasionally running a list of email addresses against account emails, but not sure how successful that would be as most people have multiple email addresses

It’s hopefully low probability, but if Discourse were ever to be hacked, having a list of email addresses that were certified to be one of the ways into bank accounts would probably be a Bad Thing.

Surely it should be the Val Kilmer framework?

Maybe there’s like a OAuth type thing that could verify users without storing any PII?

Although I think it would be a shame if non-users couldn’t join the forum - its a useful source of info, and would be a shame to prevent prospective customers joining in for a few Nic Cage’s

Thats an important point. The forum is a good resource for those considering signing up for a monzo account. Nobody wants them excluded or indeed people wanting to discuss FinTech in general

Unfortunately there has been an abundance of Nic Cage recently, so possibly having a way of indicating that someone really has a monzo account when they claim monzo have done x to them might be useful

Maybe there’s like a OAuth type thing that could verify users without storing any PII?

That’s exactly what Starling did. I think they originally intended the forum to be for Starling account holders only until for whatever reason they closed it down.

Tbf there is probably a high % of people who use the same for both already.

The app could simply generate a verification hash which you could enter in the forum, this is before you could store the entered email address to link the 2 as a blowfish hash allowing comparison but if its hacked the email is one way encrypted.

Only had one of mine flagged so far (caused by replying to someone else who was flagged I think).

This is what you’ll get: 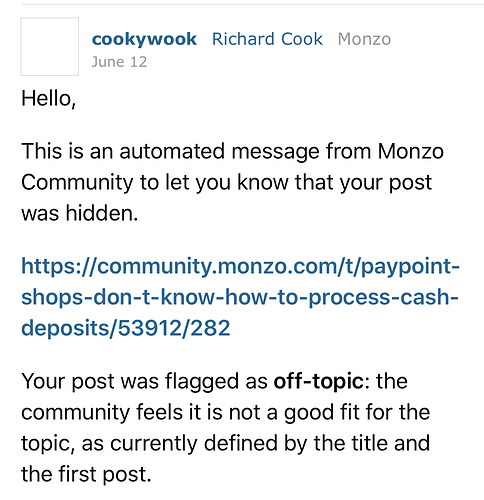 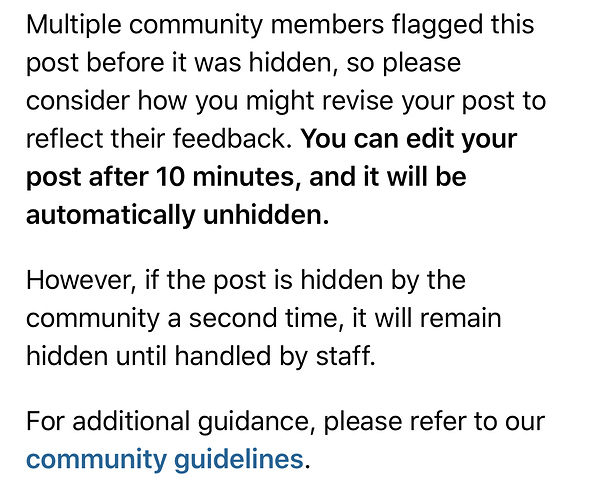 What are the coral crew?

As I understand it, they’re (presumably) Monzo customers and community members who have extra privileges to move / lock / delete posts / threads in the aim of keeping this a sensible place.

The above is correct, here is a post about the role:

Who are the Monzo Coral Crew? Community & Events

The Coral Crew are our forum superstars. What do they do? Well, they: Keep the forum neat and tidy by splitting and merging threads. Lead discussions on the Community Help to shape our community, and give us feedback Let Monzo staff know when there’s something only we can help with. Love helping others get the most out of Monzo. What do the Coral Crew get in return? A special badge and title in our Community Exclusive Monzo swag Access to the Community Guides forum category & Slack channel…

Some say they aren’t human

That was meant to be classified info.

(I’m still mildly disappointed at @Feathers for using a photo of me as his avatar).

I know how difficult this can be, running a Facebook page with only a few thousand users is difficult enough!

I support the changes you have made but hope that you will still strive to allow genuine criticism even if you don’t agree with it.

Different opinions and views are important aspects of a forum I think though not those maliciously posted.

Determining a malicious post from a genuinely made criticism is no easy task.

What can we (as genuine long-standing users) do you help?

I just came across a reply to a post in another thread from a member of 3 days, which seemed negative and didn’t really make grammatical sense. I’m guessing it’s one of these bad actors so didn’t engage And flagged the post under ‘other’ - was that the right thing to do?

I’d say it’s hard to judge without us reading the thread, but just being negative isn’t a flag.

Yes, that’s definitely the right thing to do. Please feel free to bring things to our attention and we’ll monitor and keep an eye on them.

A post was merged into an existing topic: Removed Posts - November

I don’t believe they ever hid an episode of that show, despite its awfulness