So I was a fairly avid reader until I went to university and life happened (uni, partners, work, etc.) So I’m using most of my holidays to read as much as I can!

My favourite book of all time is Foundation by Asimov (and pretty much the whole trilogy). Over the past month I also read the Man in the High Castle, Ubik, Ender’s Game (I’m looking for the following books in the series). I’m currently reading Dune by Frank Herbert and I’m loving it!

So, what’s your favourite book?

I hated Ender’s Game. Cool idea, awful book. All the other books you’ve listed are great though!

You might like Brave New World by Aldous Huxley or The Dispossessed by Ursula K. Le Guin.

I’ve found having a GoodReads account has helped me read more often, even if I only use it for keeping track of what I’ve read and doing a quick star rating. It’s also interesting to see what others think of the book you’ve just read.

I don’t really have a favourite book, I have too many I guess

No particular order, though…

Good question… one that is not easy to answer!

I really enjoyed Shade’s Children and Sabriel (in fact the entire Old Kingdom series, nay pretty much anything written by Garth Nix). I’m also rather enjoying Crime and Punishment by Fyodor Dostoyevsky at the moment.

I have never read Dune, so I just picked up the 50th Anniversary Edition at lunch time.
Oh the Darren Shan saga was enjoyable too.

Anything written by David Gemmell. Also quite enjoy Clive Cussler… the more I think about this the more books come to mind.

I don’t think I have a favourite book, but I have many series I remember fondly. Really love the Chronicles of Narnia. Short stories with excellent twists (think The Monkey’s Paw by W.W. Jacobs- deliciously unsettling). I love Neil Gaiman’s ‘M is for Magic’, Roald Dahl’s short stories, Agatha Christie’s Miss Marple stories.

Roald Dahl’s autobiographies (Boy/Going Solo) were the perfect mix of humour and adventure, and I really like Parsnips, Buttered by Joe Lycett. Probably mentioned a few of these on here before.

I would have to say I have a favourite author rather than book. Joseph Delaney is a fantastic author, i’ve bought and read all his books for the last 9 years or so as soon as they are published and everyone i’ve not been able to put down. He writes fantasy books aimed at teens/adults but with a darker more sinister plot/world to one of his series, the others are slightly more light hearted but still fantasy with a slightly dark tone to them.

This is an impossible question! Does my favourite recent read count?

Just finished The Name of the Wind by Patrick Rothfuss and it was just goooorgeous.

Wise Man’s Fear is even better! Waiting for Rothfuss to finish the final installment!

Wise Man’s Fear is even better! Waiting for Rothfuss to finish the final installment!

I’ve just picked it up! It’s humongous - but I got through the first book in three days so I like me a challenge. But not too fast considering Wise Man’s Fear was released in… 2011?

Three days is punchy! Yeah, he’s certainly taking his time with the 3rd - will have to re-read them both at this rate.

If you like that kind of genre, would recommend the inheritance cycle. While the ending was a bit disappointing - still my fave books.

If you like that kind of genre, would recommend the inheritance cycle. While the ending was a bit disappointing - still my fave books.

A list of books written by women/women of colour I’ve enjoyed recently:

I’m more of a series person and I would highly recommend the Ben Hope Series by Scott Mariani or the Sancti Trilogy (Sanctus, The Key and The Tower) by Simon Toyne.

If I was to recommend a non series book it would have to be between The Book Thief by Markus Zusak or The Humans by Matt Haig.

Started reading Armistead Maupin 30 years ago and these’ll always be my holiday/travel reads: 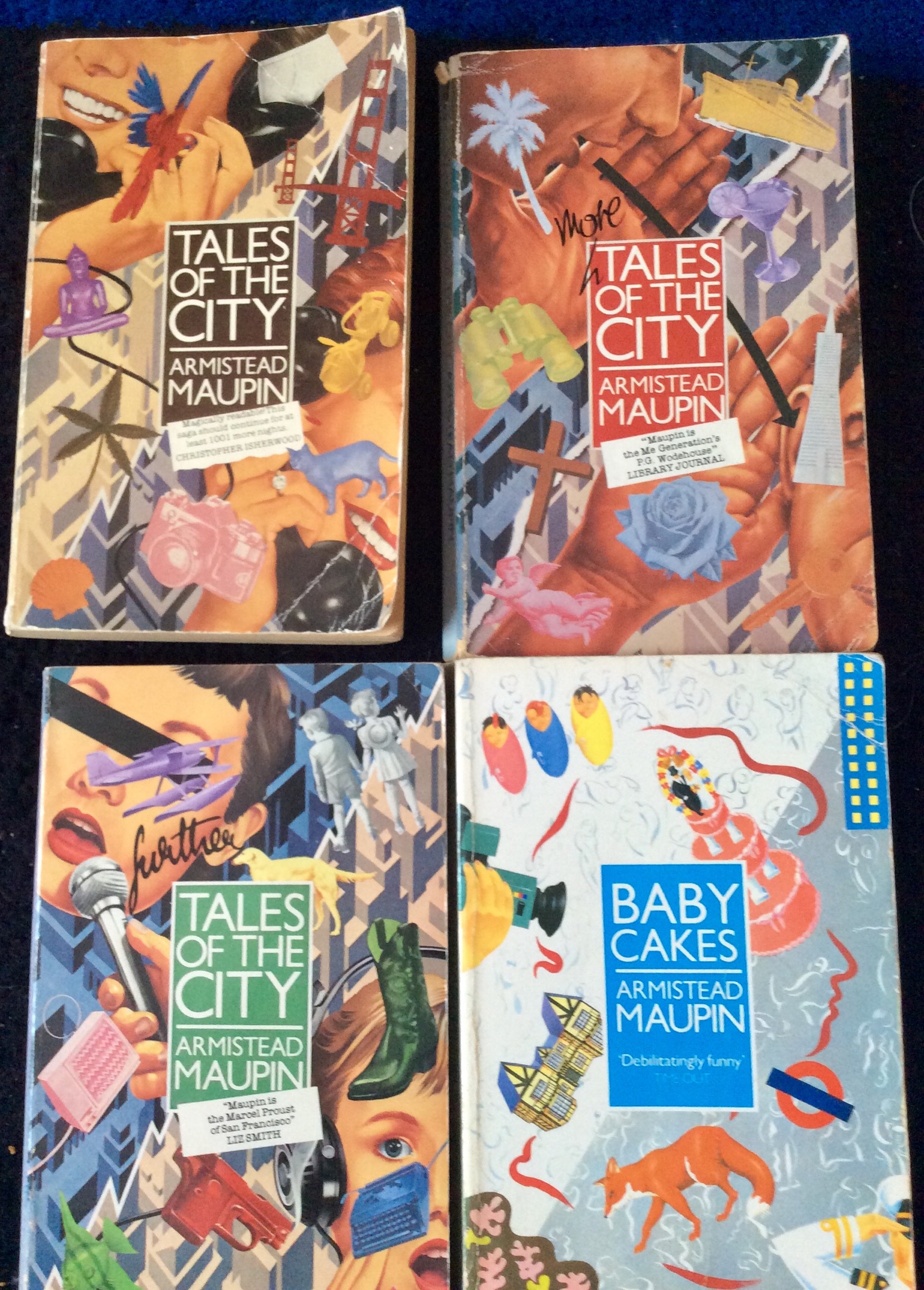 But Sf is my usual genre - aren’t they supposed to be making Foundation into a film?

I love the Inheritance Cycle! My favourite was the second book but the last book was disappointing

I heard he’s working on the next one now on a fanpage but idk if that rumour is true. I hope it is, it can’t end like that