I’m sure you know about the horrendous situation in Ukraine, seeing all the politicians bicker about sanctions I was wondering how many would support going straight to ‘nuclear’ sanctions against Russia which would cause blowback to our economy and further money hardships across the country, Europe and the world really.

I personally think it’s the morally right thing to do especially as an alternative to military action.

The videos coming out of Ukraine are graphic and US intel is that it’s ‘the initial phase’ and not all RU capabilities have been deployed, but in some good news the Western provided stingers/NLAWS/javelins have been working well but it’s early days so there’s no telling the outcome, but one thing is certain this world is a shitty place. 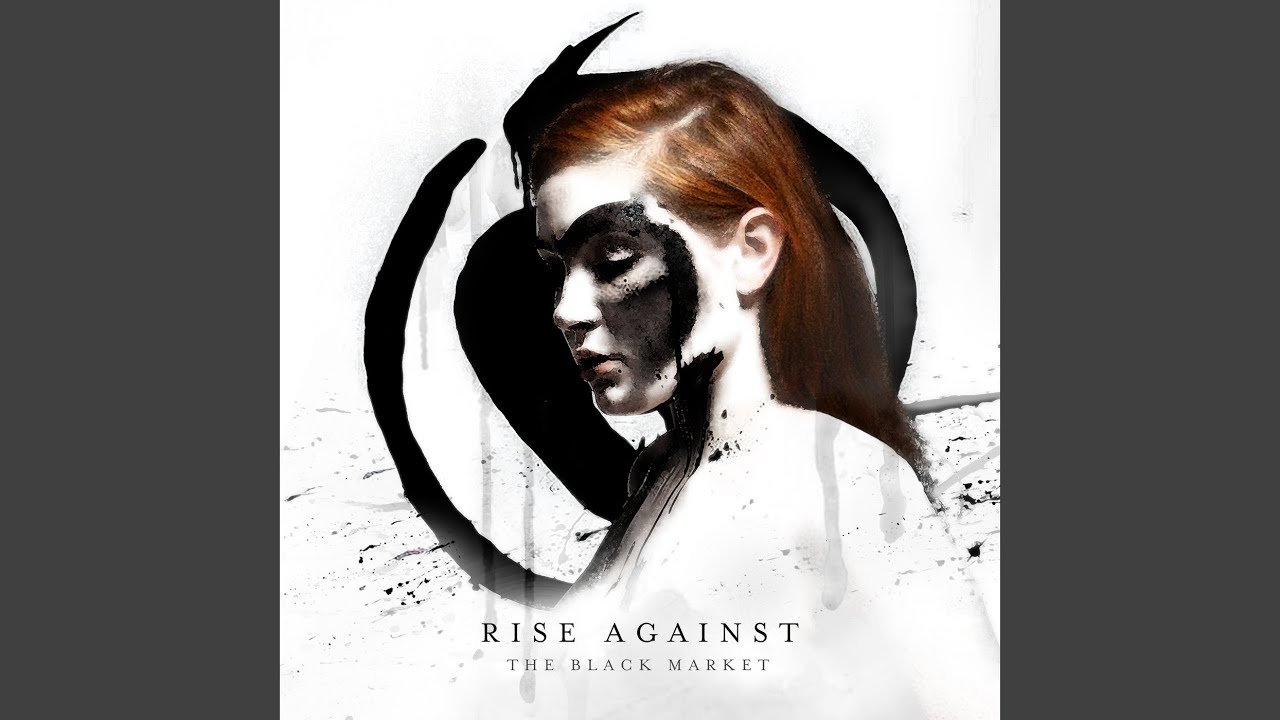 Without making light of the situation: nip it in the bud now.

Everything. Anything. All out sanctions now. Not next week, now. The government would have house support. Get Russia out of Swift. Get UEFA and F1/GP to withdraw from Russian hosting. Guarantee the Ukrainian government safe harbour here should they need it.

I would always be apprehensive about putting British lives at risk, and hopefully it would never come to that, but I would expect the strong words to state we would not waste time in mobilising ours and other allies troops should they be needed.

Putin is a dictator using language to pretend he isn’t. He doesn’t care about a few of his mates having their assets frozen.

This could be a time for the UK to really do good and stand tall in the world, lead.

Everything. Anything. All out sanctions now. Not next week, now. The government would have house support.

I think we’re probably at this point now, sadly, but I accept the other side of the argument - that if he’s “paid the full price” for his ticket to invade, he may decide to get his money’s worth, safe in the knowledge that he need never pay any more, irrespective of what he does - that we should, therefore, hold some sanctions back.

But I think he’s already decided to take control of the country, so now is the time to punish as much as we can.

The tipping point is here. Whats the point in holding back full sanctions? In case Putin also invades Estonia/Latvia/Lithuania/Poland or Romania? Thats war with NATO. How about non-NATO Georgia or Moldova then? Well, hopefully the Russian economy will be cracking by then, even with his half a trillion in savings to bide Putin over. There has already been some anti-war protests in Moscow. Tip-toing around is what the West did in 2014 when Crimea was taken, or even 2008 when he invaded Georgia.

Looks like uefa are moving the champions league final tomorrow.

Uefa will take away the Champions League final from Russian city St Petersburg at an emergency meeting on Friday.

The counter to the other side of the argument is that the video Putin did announcing the invasion was clearly prerecorded, so what good is holding back anything going to be given he’s set on his course? So all sanctions should be applied now, not later.

(Also, I’m slightly put off by having this described as the ‘nuclear’ option given that Russia have, well, an actual nuclear option they’ve already made veiled threats about using.

ETA because it’s just being shown again on the news now. He said “Whoever tries to interfere with us or threaten our country should know that Russia’s response will be immediate and lead to such consequences that have never been experienced in history.”)

Putin is motivated by ideology. The sanctions won’t affect his decision making, they were never going to.

The only hope is that they increase pressure on him internally. When the Russian oligarchy can’t buy property or travel abroad, they might start wondering about the wisdom of their leader. 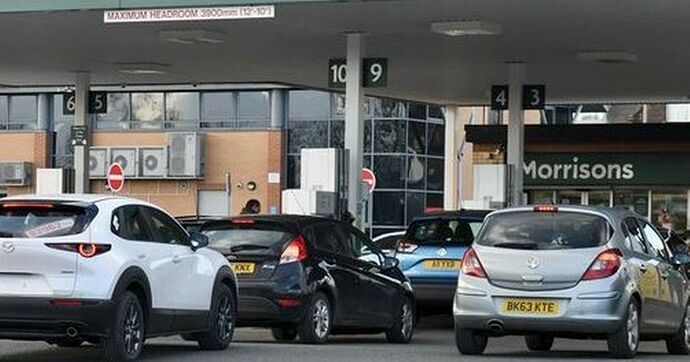 The Russian invasion of Ukraine has sparked fears there may be fuel shortages and price spikes, as the nation is the world's second-biggest oil producer, and mainly sells to other European countries

Thank the lord I live eat sleep and work at home

Don’t take that for granted. When the missiles rain down, you’re in the middle of an unexpected blockbuster movie scenario. Without the nice scripted ending. It can happen very quickly.

It’ll be over before it even starts properly, other than a bit more expensive fuel I can’t see it having any effect on my day to day life.

I’ve already filtered out the news about it, so I don’t have to see anything about it on my news feeds.

It won’t just be fuel. Russia and Ukraine together produce nearly a quarter of the world’s wheat.

There’s a ground war ongoing in Europe now. How you can just ignore it astounds me.

Good for you, I guess. I’m actually angry as f at this situation.

Maybe because I have friends who are there, and I’ve been there many times myself, but what will “be over” as you say is the takeover of an ally nation by a nasty dictator. Worthy of note.

It’s such a scary situation. I am so devastated for the people of Ukraine who are facing an armed invasion. I can’t even begin to imagine the horror they are facing.

I hope something can be done to resolve it and that the U.K. does all it can to help refugees.

I hope something can be done to resolve it and that the U.K. does all it can to help refugees.

The UK has stopped accepting visa applications from Ukrainians stuck in the country, meaning there is no safe and legal route for them to seek asylum in Britain unless they have British relatives. 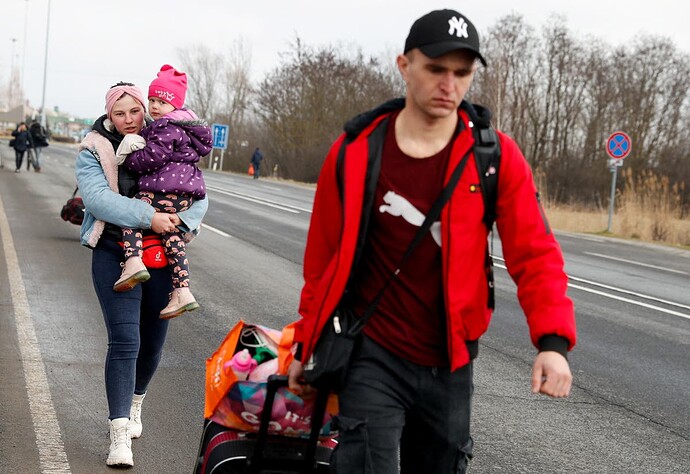 Jeeeeeeesus. Did our overlords get their empathy chips surgically removed? This makes me want to cry.

Beyond the headline, this is the crux of the issue

It said the UK visa application centre in Kiev was closed and all related services in the Ukrainian capital have been suspended.

Dependents of British nationals can apply in the city of Lviv, in western Ukraine, but Ukrainians without close British relatives can only obtain UK visas if they reach centres in Poland, Romania, Hungary and Moldova

So, you cannot apply for a visa easily in Ukraine, which seems reasonable given the consulate staff probably have higher priorities such as evacuation and there are no direct travel routes from Ukraine to the UK. Meanwhile visas can be obtained in neighbouring countries, where you can travel direct to the UK.

The Independent seems to be reaching a bit with its headline conclusion.

Also seeking asylum as a war refugee is completely different from obtaining a visa.
This article seems to be reaching a lot with it’s headline.

Also seeking asylum as a war refugee is completely different from obtaining a visa.

It is, but without a visa there’s no legal route to asylum in the U.K. as we don’t allow asylum applications from outside the country.

I think people are just criticising the UK government for the sake of it. The natural route for war refugees is into the safety of neighbouring countries. From there, the UK will probably accept a % from any camps set up. As there are no flights in or out of Ukraine, it’s the logical step. You don’t think to flee from a war and then pick and choose where in the world to be a war refugee, apply and wait. You’d travel the quickest and safest route to the nearest country of safety.