Hi, I have a kind of complex situation. I had a UK Monzo account. I’m a US citizen and have relocated to the US again, and would like a US account instead. I chatted with Monzo in the app, they told me to close my UK account, which I did, because I can only have one at a time. Before I knew that, I stupidly put in a US application. I’m now stuck on the account verification page, and I’m not sure if there’s something more I should do or if I should just leave it, and email isn’t very responsive, so I figured I’d at least try asking here.

All you can do is wait for them to verify you.

If/when they do reply, they’ll just tell you to wait for the app.

Also, they unfortunately gave you incorrect advice. You can have both a UK and US Monzo account open at the same time, and switch between them in the app.

Yes, it would have been potentially useful to keep a UK account as well so it’s a shame they gave you incorrect information.

Some people who qualify for both just see two accounts in their app (like standard and joint, but US and UK). You probably can’t get your old account back now though, so never mind!

Verification can take some time as Monzo US is still in a pre-launch phase (it’s an earlier-stage product than UK Monzo) so I think they are still only allowing applicants on board gradually.

Verification can take some time as Monzo US is still in a pre-launch phase (it’s an earlier-stage product than UK Monzo) so I think they are still only allowing applicants on board gradually.

Someone hasn’t done their homework! 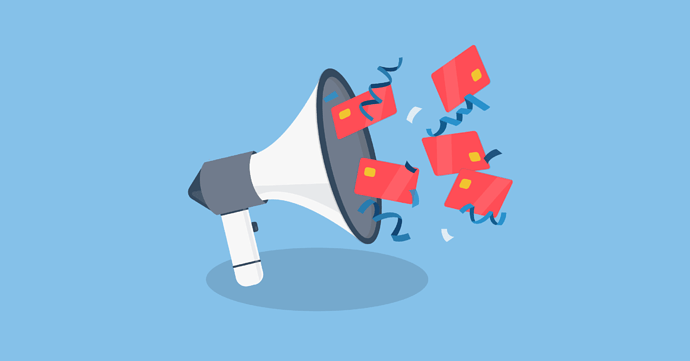 Monzo Moves from Beta to Public Launch in the US!

Today, Monzo is moving out of closed beta and opening Monzo to customers across America! The wait(list) is over – if you want a Monzo account, just download the app and apply. If you’re eligible, you could have your account up and running in 10...

I was aware that the Closed Beta was over (where you pretty much had to attend an event or know someone to join) and anyone could now apply for an account. My point really should have been that the Monzo US team is still small and even though the product is no longer technically in beta it shouldn’t be considered feature-complete and established as it is in the U.K - so if somebody makes their application at a time of slight peak in demand, it may take some time to be processed.

Kind of like when Monzo in the U.K. first dropped the waitlist but still often took some time to actually open your account, as they could only ever work through so many at once.

There hasn’t been a marketing launch of Monzo in the US yet, as far as I know, so I would consider the current period as a sort of soft-launch and almost still a period of extended open testing, if that makes sense.

I’d take it further and say they still should be calling it a beta. From my perspective, as long as the US banking culture is the way it is now, cheque imaging and some way to pay billers that don’t accept card absolutely needs to be implemented before it can be called a finished product.

Which is why I’m glad they’re not running a full marketing blitz the way N26 did when they advertised their “no longer beta” US product. Better to wait until there’s more to offer before plastering the streets and internet with ads.

I’d take it further and say they still should be calling it a beta.

Yeah, I agree and that was the sentiment of my post really.

It’s effectively an open beta at this point, while the early stage product when access was more restricted was arguably an alpha (or closed beta, if you like).

Of course, Monzo aren’t calling it a beta, but that doesn’t mean it is totally 100% ready for mass-market customers to use (I agree with you that, currently, it’s the opposite).

You can have both a UK and US Monzo account open at the same time, and switch between them in the app.

Not if you don’t live in the UK, you’d have to close your UK account if you have moved, or are planning to move.

I’ve always wondered what makes it an issue to keep offering accounts to people no longer resident. The next idea to logically follow from that is how to offer something for former residents or non-residents who still need a UK account. For example, the way I can get fully functional UK account details from Wise or Revolut despite not being resident.

I’m not sure it’s an issue, more just a policy. Potentially risk based, but I have zero knowledge of that area.

In the longer term, I would like Monzo to offer both accounts to US and British residents. It would be a nice differentiator from traditional banks and also allow you to compete better against Revolut and, to an extent, Wise.

I think there may be legal/regulatory issues (especially on the US side with the partnership with Sutton Bank) but I’m sure they could be overcome.

Maybe one day it’ll be a bank for the world

So I am a UK citizen and opened a Monzo account.
I recently moved to the US and was wondering how to get a US account.

You will need to close your UK account, as we can only offer those to UK residents.

You’ll then need to apply for a Monzo USA account.

Not sure on the social part (UK COp here).

As you can see, there’s a lot that isn’t there yet. It’s very much still in development.

But Monzo really should move towards allowing people to have both. It’s something that plenty of other banks seem to have little issue with- Chase, HSBC, and Santander, for instance, are all fine with you having both US and UK accounts (although Chase and Santander make you use separate apps for each and there’s no integration yet).

Is there any update on the possibility of having both a UK and US monzo account when living in the US? I presume the answer is ‘no’ but it’s worth asking.

Yes, you can have both, but probably shouldn’t as they’ll shut down your UK account once they find out that you don’t live there

To clarify some confusion here - we have some users who do have both a US and UK account, in the same app.

Unfortunately due to some technical and regulatory changes we aren’t able to onboard new users for both accounts - meaning right now, we require people to close their UK account if they want a US account (or vice versa).

We do really want to re-enable the ability to have both accounts, but there is a lot for us to make sure we get right before we can flip that switch

One really important thing - both or UK and US accounts are designed for residents of the respective country. This means it’s realistically sort of rare that someone is truly eligible for both accounts - since that would mean they are dual citizens of the UK and US and have residential addresses in both countries. Of course, that population is out there - and we do want to help serve all of y’all who are in it.