So Tom and all the top bosses sold shares in the 2017 and 2018 raises and then Monzo allegedly fails to report it on file at Companies house until member of public complains to companies house.

Yet crowdfund participants are not allowed to sell

As someone who requested permission to sell 18 months ago feel cheated that the bosses were allowed while others were not.

Paul Rippon said that being named among Britain’s wealthiest people last weekend, with an estimated fortune of £120 million, would be “shock news” to his friends and family.The former deputy chief

shocked about what ? . I can only read the first paragraph if you’re asking about being shocked about the times article

I think I summarised it with the link

It was clear from the annual report section 11 that the shares were sold so I don’t find anything misleading. I can’t see the full article but not submitting these seems a fail. 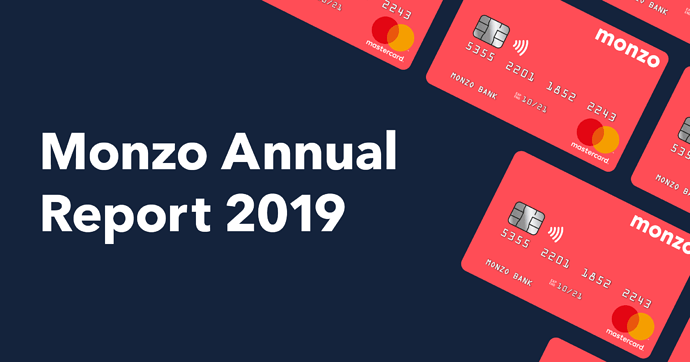 I assume crowdfunded shares are not the same type and have no rights.

er … , without knowing the details , am I shocked about the founders who have worked in the business tirelessly for five plus years decide its time to take a cut for their efforts , not sell up, but just take some portion of reward , nope , not shocked I would do the same if I had worked my socks off

That isn’t true at all, I saw them as soon as it was published, it wasn’t added at a later date. I’m not even an investor.

There’s a thread somewhere with me comparing between years, might be the alpaca one.

As a historian by degree, I have to say it is always best to read the primary source material rather than a secondary source account of the primary material.

Found this from April.

no Im not shocked

am I shocked that investor no 1 is shocked , I am , Im shocked that people sign up in the knowledge and having been repeatedly told that the shares they are buying are illiquid and Monzo won’t allow you to sell them without very good reason

You should be able to get a Monzo loan

I tried out of interest , didnt need one , but just interested to see how much I could get - I was declined

See a pattern any one ?

What’s the problem? Employees can choose to take some of their salary as shares. When they leave they sell them. Seems normal

Crikey Investor No1 the only pattern is people who have built a bank from the ground up from nothing , five years later have taken a reward , I cant see that there is any great conspiracy here

I think Monzo just needs to admit it’s a bank

I don’t think they’ve ever denied this. Being a bank does not stop them being a financial hub

Growth was doing well until the pandemic. The new annual report will be out in a month or so and will cover prepandemic days so we will have more of an idea then

again without reading the article I am assuming , as one does on the forum , the times are getting their knickers in a twist about skullduggery because one confirmation statement was filed on march 4th showing shareholdings without details of share sales, but with the actual shareholdings, and it was corrected on march 13 with details of what I assume are share bonuses that were sold as they presumably have every right to in their employment package after a certain date (?)