I thought this had been documented on companies house before. Pretty sure I was aware some had been sold

Good thread, was the article at The Times written by @Investor_No1? Is @Investor_No1 sad because he was the first person to ever own shares in Monzo but he couldn’t sell them? I’m so confused and have so many questions. Thankfully it’s a Bank Holiday so I can only assume Monzo is sat on a beach somewhere enjoying the sunshine.

now the real story would have to be Tom Blomfield secretly sold £120 million - stepped down , bought a boat, went sailing off into the sunset . singing …stuff it I dont want to be el presidente Im off with all my loot …then I’d be shocked.

…because I know Tom , and I know his principles, and actually respect them , and what he has achieved sticking to them.

Thankfully it’s a Bank Holiday so I can only assume Monzo is sat on a beach somewhere enjoying the sunshine.

Lloyds have the franchise for banks on the beach

My mistake, being a 21st century bank they’d more likely take a city break then

seems to be 3 years with the company 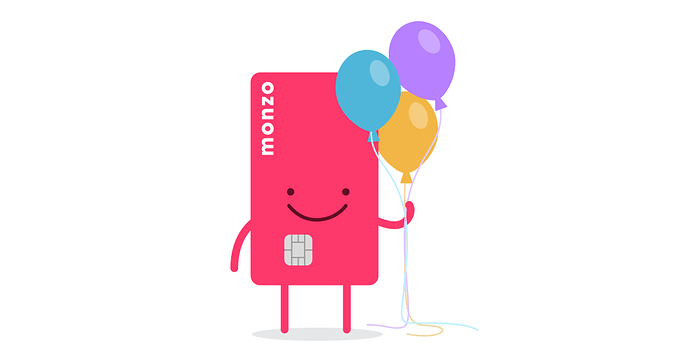 In future investment rounds, any employee who has been with Monzo for three years or more will have the opportunity to sell up to 10% of their options

Who can they sell it to though? Its not public yet?

VCs who want more of the pie ?

You beat me to it

The post you linked is the answer. Employees working 3+ years can sell a portion of their shares when a round is oversubscribed.

Monzo say they want to raise £20m, but VC’s are happy to give £30m. Monzo doesn’t want the extra cash or dilution, so they say to VC’s “well, we might have some employees that want to sell some of their stock, and you can buy directly off them instead of us”.

Monzo limit the % and the minimum employee tenure to keep employees incentivised (which is the purpose of employee stock option plans).

I’m glad we got the daily outrage post out of the way first thing today. Means we can all relax and enjoy the rest of the day now.

If only that were the case. Much like buses (pre-lockdown), there’ll be another one along in a moment…!!

I suppose it could explain alot why the hunger has gone from monzo in my eyes and things are stagnating.

They’ve launched in America (slowly), launched business accounts, and would relaunched plus if it hadn’t been for this pesky pandemic. They haven’t been stagnant

I’m not sure people who have left cashing in their shares makes much difference to the ‘hunger’. Ex employees don’t traditionally keep working for the company

All those things youve mentioned can be seen as negatives too though in my eyes and perhaps theyve spread themselves too thin.

Missed the business grant, taken a year of development to get business accounts to where they are and still have very far to go, failed the launch of plus massively twice before. Failing to deliver anything of worth really in the last 9 months from a current account perspective?

Get paid early, salary sorter, bills pots. Then there was the work to bring faster payments in house, confirmation of payee, 3ds V2, the work they’re doing to make help more self service. There’s loads of new features developed for new plus as well. Oh and whatever Kieran’s team is doing.

Get paid early, salary sorter, bills pots. Then there was the work to bring faster payments in house,

You don’t think things like get paid early or bills pots attract more customers to the bank or to use it as their main account?

Prediction: they aren’t anywhere close to going bust or being sold. If they were then nobody would invest now, not even at a 40% reduction in value

I know that these features might bring in people’s salary but if they can’t take out loans and overdrafts then there is limited other ways to make money.

Add to that Monzo don’t offer some of the most profitable banking services like paid for accounts, credit cards, business loans, mortgages and all types of insurance and my statement still stands.

This is why I think Monzo should be more like a proper bank.

Im biased maybe as paid early is the only one of those i use than i can physically see.

Confirmation of payee, 3ds, faster payments etc are all essential things but lack wow factor or make me think monzo are innovating.

Bills pots to me is incredibly flawed and almost defeats the purpose of the bills pot for me over the last few months ( some direct debits paused, amounts changing, extra payments)