The way to bring people back to live TV? Longer ad breaks 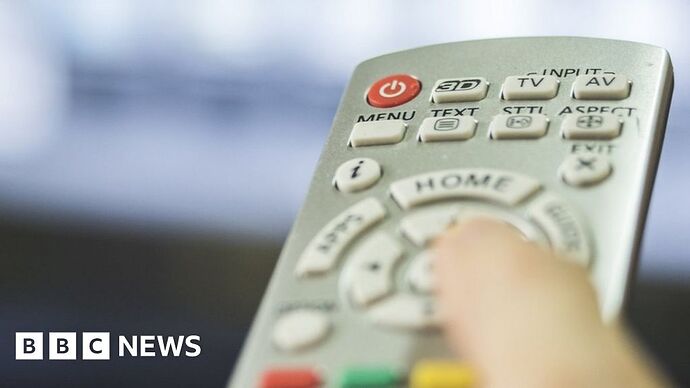 TV ad breaks could get longer as rules reviewed

The number of advertising breaks could be altered, as viewing habits change and streaming services grow.

Obviously the title isn’t serious as the point of this isn’t to bring people have to live TV, but it just seems a bit like digging your own grave. One reason why streaming services became so popular was because they didn’t have adverts.

Other channels are allowed up to nine minutes of advertising per hour of broadcasting, plus an extra three minutes for teleshopping.

I doubt Id notice the difference between 8 and 9 minutes for a full hour on a certain channel anyway.

It does obviously depend on what they decide to do, but anything that gets us closer to American TV is a bad idea. Been to America a few times and there seems to be more adverts than actual programmes.

That will end up being the death of live TV if they do that. The British public just won’t tolerate it. They only want enough time to brew a cup if tea.

Given that 99% of what I watch is on streaming services or catch-up, it won’t make a blind bit of difference to me or many others who do the same.

We decided to unplug our Freesat box a few years ago and just use the Fire TV stick.

We did have Plex and our own private Netflix but it’s far easier with subscriptions now.

Haven’t seen a TV advert for a long time now that it’ll be odd to see one.

Even on my phone I use YouTube Vanced so I don’t see any adverts on video.

Brave browser has protected me for many a year on website adverts and tracking.

Definitely agree with using the Fire TV stick. ITV Hub and All 4 tend to have fewer adverts compared with watching live, plus these Fire TV apps actually have a watch live feature, something some versions of the apps dont have on certain TVs and boxes

This is the current rule tho, no? So it would be more than 8 mins per hour. Unless I’m reading that wrong!

I thought it was currently 8 and they want go to 9 mins?

Its currently between 7 and 9 depending on the time and channel. They havent said what they want to increase it to.