The slap heard around the world

I don’t think I like Will Smith any more. 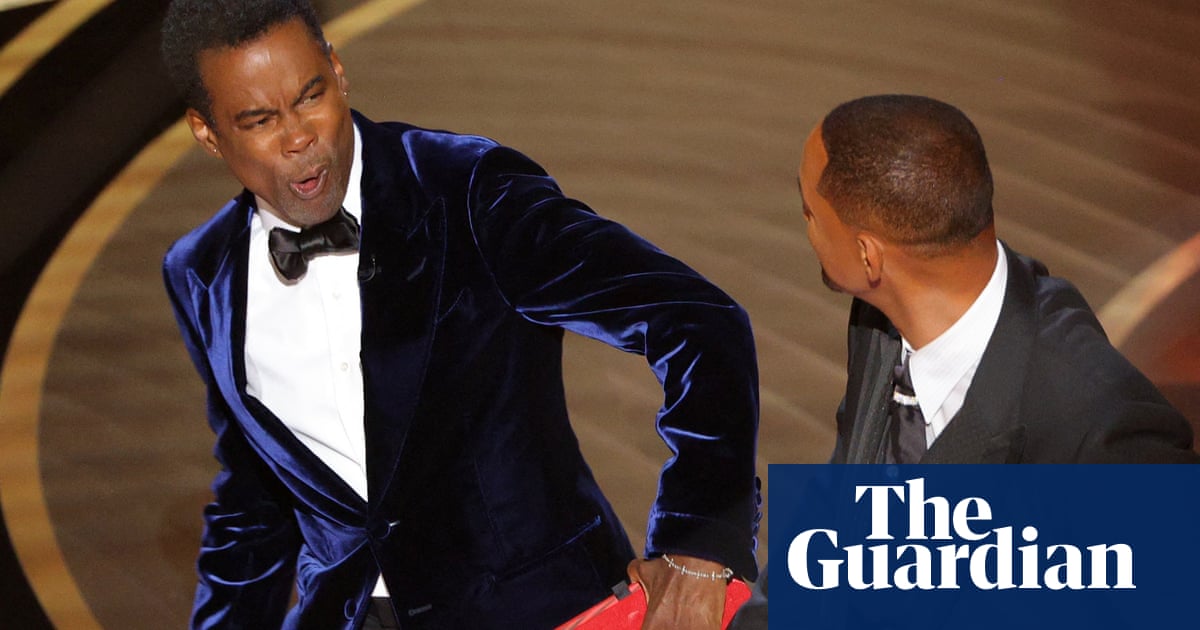 The whole situation is just… weird. He laughs at the joke at first (not not necessarily because he finds it funny, but because that’s what you’re supposed to do as a celebrity at these award events). It’s only a little after the fact he then goes up and slaps Chris Rock. In that respect, it feels like it’s less he’s reacting to Rock, and more that he’s trying to compensate for his own initial reaction.

Then he goes and doubles down on it, almost, with his nonsense non-apology - to be clear, he doesn’t apologise to the man he hit, so all the people he does apologise to actually mean shit all. It’s just a whole bag of ick there.

Has Will Smith torpedoed his own image now? Or will he find a way to come up smelling of roses?

Slightly concerned for controversial comedians now, as Smith has shown that if you don’t like their jokes you can get on stage and punch them out

ETA: Just realised that the tweet about Lupita Nyong’o’s reaction reminds me of me when I was at a Gallows gig and someone choked out Frank Carter.

I think Chris and Will equally sucked in this exchange.

But some of the things I have seen on social media has really blown my mind. The hatred being thrown at them and Jada truly is vile and disproportionate. The incels have already started somehow making it about women rejecting bald and short men?! Wtf?

I’m team Will on this

I think Chris and Will equally sucked in this exchange.

Oh, absolutely. The joke wasn’t in the best possible taste, and the reaction was inappropriate. The latter certainly doesn’t cancel out the former entirely.

But mitigating against the former, has Smith not seen award shows before? They’ve had jokes in bad taste since time immemorial. See: anything presented by Ricky Gervais. Or: that time Seth McFarlane did a whole song and dance routine that was basically “Hello there, female actors! I have seen your boobs. Let me list the movies.”

(Honestly, I think if anyone deserved a slap more, it was Seth, not Chris. I mean, obviously it still would have been wrong, but he would have deserved it more.)

It feels to me like spillover of the lack of restraint on social media into other areas, which seems to be a very negative trend in the public realm in general, but in the US in particular. Keyword: Capitol riots. To see this happen at a high profile, public event that’s really just supposed to be a bit of a fun celebration reflects how nasty things are becoming.

The joke wasn’t in the best possible taste, and the reaction was inappropriate

I think it was beyond the normal ‘bad taste humour’, it was straightforward taking the piss out of her alopecia while she was right in front of him. It was deliberately cruel imo

It was a joke in bad taste, but that’s what happens at an awards. Not saying it’s right, but take it. He said about her taking on a strong role which did very well for Demi Moore, he didn’t say she should be playing the elephant man.

But the aftermath… Will Smith has got off lightly. He didn’t apologise to Chris Rock and he cries like he’s hard done by?

What if that had been a punch and knocked him down/out? Does he still get to just walk back to his seat? What if it wasn’t someone who was about to win an Oscar?

He walked up to someone a lot smaller than him and sucker slapped him. I thought Chris Rock handled it very well. Would he have hit Denzel? Or The Rock?

Abusive bellend should have his Oscar taken away.

Joke was in bad taste, but actually physically assaulting someone is a completely different matter.

If this was two kids in a playground, and one called the other fat (or something similar), with the other reacting physically. You’d expect violence to be punished, with the child likely suspended or at the very least removed from the playground.

If anything, the Hollywood elite are just as bad for giving Smith a standing ovation, just minutes after assault.

If this was two kids in a playground, and one called the other fat (or something similar), with the other reacting physically. You’d expect violence to be punished

I would. I’m just saying one is worse than the other.

I read that this has been going on quite a while and that he has been making bad jokes at his wifes expense at a few events prior. So it has been brewing for a while and is a combination of these.

I also think people “preempt” laughter when a comedian is on and they grin throughout which widens as a punchline approaches. Which is why poor jokes seem to transition from a laugh to a oooo’ing chuckle.

That being said his delayed reaction could well have been after he saw the disapproval from his wife or it just took a while to sink in what was said.

I don’t think Will went up there with the intention to hurt him, hense the open hand. It was more of a warning and a statement that enough is enough. It should have been handled in private in the interval and not on live TV though

The incident has sparked fierce debate over comic Chris Rock's joke and the reaction it provoked.

I don’t think Will went up there with the intention to hurt him, hense the open hand.

I agree. It was still a very bad way to react. But it was an equally bad comment in my view. Being the host of an award show doesn’t give you some license to be abusive, and Chris Rock was the instigator here.

This also feels, though, like a Janet Jackson moment where America is about to massively overreact to the event. It was a bit shocking sure, but I’ve been in a pub in a Friday night, it’s not exactly the worst fight I’ve ever seen!

My opinion, we can in ‘god mode’ possibly justify or allow Will’s reaction, but we aren’t and have to draw a hard line before violence, it should always be condemned.

Quick quick, apologise properly before they take the Oscar away.

Personally, I think it was staged. No one stopped him, if it were real the guards or police or whatever would’ve taken him away - it also looks like Chris gets prepared for what’s coming by leaning forward and adjusting his stance before the slap happens.

It was for publicity, imo

Did they ever take Harvey Weinstein’s Oscar’s away? Because if not then they should leave Will’s alone.

Now let’s see if Chris apologises for his comments.