The Monzo and Mastercard logos are engraved mechanically on the card’s crisp white finish.

Instead of the PVC film you usually find covering a plastic debit card, the back of your Monzo Premium metal card is coated in a copolymer resin. This also means it’s still contactless, like your old plastic card! 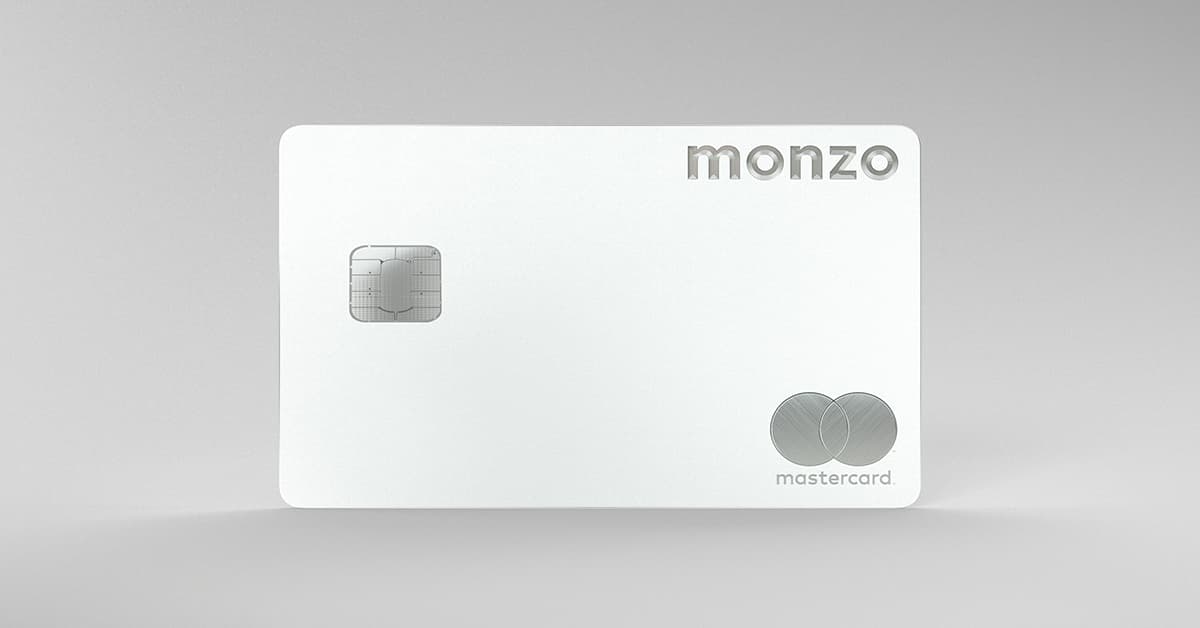 Everything you need to know about our new metal card

Get to know all the details of our brand new white metal card, exclusive to Monzo Premium

My comment is that the card is advertised as a “white metal card”. The white copolymer resin doesn’t really do the design justice in reality, it does look like the white plastic is there by accident, and it’s not a nice finish, while also making the card look misleading in photos.

Black would look really quite cool. I’m not demanding a metal card because I’m being pretentious. I’m going to continue to use my old monzo card because I like the look of it, but I thought it was important to feed back to Monzo, that this card is not as aesthetically pleasing as the one you get for free.

I’m not going out anyway to flash it, I don’t have client dinners or whatever other reasons people would want to do that.

If I were the sort of person that was into flashing flashy cards in front of others, as some sort of status symbol, then a metal/plastic Monzo card is certainly not the card I’d choose to do it with.

It just doesn’t have the kudos or caché of a prestige card. The message it sends out, rather, is I’m stupid enough to pay a fiver a month for this status symbol.

It just doesn’t have the kudos or caché of a prestige card. The message it sends out, rather, is I’m stupid enough to pay a fiver a month for this status symbol .

I’m not sure that the intent was to invoke comparisons with other premium banking cards but with a certain fruity credit card. Instead of people asking “wow, a black metal card. Is that a centurion?”the intent was more “White? Is that an Apple Card?!” which given Monzo is often thought of (perhaps wrongly) as a bank for more tech savvy metropolitan living guys, having something that makes you think of the Apple Card may even play better than something that resembles a card HNW people had a while back.

Ultimately who knows though, I’m just giving what it makes me think of,

I doubt most people know an Apple Card exists!

The metal cards were initially trialled a good year or so ago, by Monzo staff, so I can’t see that the intent was to invoke a comparison with an Apple card as that wasn’t revealed until recently.

Apple Card launched 20 Aug 2019. Not sure when Monzo trialled theirs that was launched after this?

The Monzo cards appeared in the wild in June 2019

Monzo - just seen this on social media - is this real or fake? and if the card is real - please send me the grey one!! Yours sincerely, Monzo Plus customer. [IMG_0758]

I don’t really think it comes down to this white card wanting to imitate anything else for a status symbol, or whatever else. It comes down to it looking really quite cool when advertised, and in reality not looking very cool at all in reality.

Design and misleading marketing is the point here. If you are a savvy metropolitan whoever, you’d look at someone with an AMEX card and find it a little bit nausiating, that stuff isn’t impressive nowadays - it’s literally about design. It’s the same as requesting a different colour theme on the app.

If you are a savvy metropolitan whoever, you’d look at someone with an AMEX card and find it a little bit nausiating, that stuff isn’t impressive nowadays - it’s literally about design. It’s the same as requesting a different colour theme on the app.

I really like it, however I lost one and the replacement is very expensive which was a shock

If only it had been mentioned in the Terms and Conditions…

I think in all the ads I’ve seen for the Premium card, I never got the impression it was anything other than what it is; a metal card with a white layer on top (powder coated/other resin/polymer thing?) with all the details etched/cnc’d/lasered into it.

Most of the imagery shows the card as being white - maybe not accurate on the texture, but still a white card.

The only one I have seen that might suggest otherwise is this one - and I think that’s the angle and lighting playing tricks. 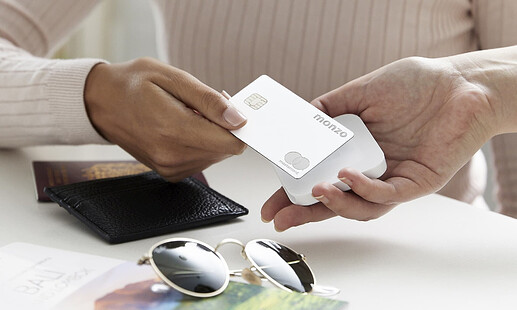 Suggesting that a “white metal card” that is advertised is actually a heavy metal card covered in plastic, and suggesting another colour that would look cooler seems to be raring people up a lot more than I could ever hope

So you just posted to troll, then?

Nobody is eager to do something about it because we can’t?

I do wonder how split peoples expectations are based on:

Suggesting that a “white metal card” that is advertised is actually a heavy metal card covered in plastic,

I saw white metal card, saw the photos, and what I received was exactly in line with expectations. I didn’t think at any point the description doesn’t match the photos / reality.

I’m guessing then there’s a subset of people who expected something along the lines of an “Anodised aluminum card” that was coloured white (sort of like how Apple describe their coloured metal phones?)

It’s a discussion - I don’t see any emotion in any of it.

You can’t criticise others for taking it “personally” either, when you clearly are yourself.

Ahh so because you expected to be different, that makes everyone else a fanboy.

What makes it fanboying is saying I’m complaining about the sake of it - look at the beginning of the thread.