It’s not obvious how to remove it - in future if ads are going to be a thing can we have a simple swipe rather than having to select a menu and the non-obvious ‘clear’ command. If we’re going to have them the easier they are to nuke the better.

This is true. In fairness the same is true of the active card checks - the little menu is a horrible UX.

I hadn’t personally seen it before, it was second hand. I personally had it appear in my app feed today.

I don’t see any harm in bringing it up again if it becomes current. There are very few forums where everything is completely neat and tidy and linear.

That’d be very sterile and a bit odd. It’s an open discussion between users and Monzo. Now there are coming up to 15,000 accounts there may be more people seeing this and concerned (or not) by it? Last time this was a thing numbers of accounts were in the low thousands or even hundreds and apparently only 95 or so people were fed the ad. So why not bump the thread?

I agree in that I don’t think what they did this time around was very useful and I wouldn’t want to see it as a final offering but neither do I think words like ‘stupid’, ‘rubbish’ ‘crap’ or ‘spam’ have any place in a sensible bit of feedback. I end up just glossing over it all and writing off the entire post content.

That I could agree on. While my post could be seen a bit strong and put people off reading the content, if anything it shows the passion towards this issue. Happy to give the post a spice up to make it more friendly but ultimately as someone who’s been with the Monzo since its birth to see them going down this path makes me… should we say more colourful in my utter dislike of it and getting the point across. I do prefer to be direct instead of beating round the bush and I do see it as spam in its current form. Plus I honestly can’t brush up the fact that this offer at present is just terrible. But there’s ways to approach it and in hindsight it could have got the message across a bit softer with the same impact.

tom was very clear that you would be totally welcome to go and switch directly cutting Monzo out if you preferred. Their commission is essentially for the convenience.

While that’s possible, I’d sooner if Monzo at least worked out with Bulb to match the general referral offer out their. Monzo gets £50 and the customer gets £50. I just don’t understand how on this partnership (even though its a test on an alpha preview account) could not at least match the general offer. Let’s hope further ones can improve the deal.

It’s the exact same offer, except we get half of the commission. The idea being that we provide a very simple experience for switching that doesn’t involve the customer having to fill in a huge amount of data. We’ve also been transparent about the fact that we take £25 of the £50 commission fee that Bulb pay.

Partnership tests aren’t just about UI and UX. They are also tests of how we are able to create revenue streams.

To address the three points of criticism:

Perhaps you should reallign your targetting somehow. I’ve just got a current account and haven’t had a single transaction out of it yet so it’s hard to see how i fall within any criteria (unless i do so somehow by virtue of not meeting any of them?)

As for the removal option, that was good to see. Personally I’m fine with offers like this popping up if they are infrequent and relevent to my needs.

How are Monzo to gauge the strength of opinion if we only comment on something once as a community?

The only different is Monzo is actually trying to use it to benefit you rather than just outright sell you something.

I’m not sure it could be said that it’s directly to benefit me when they make money from me switching.

I would pay for an account that didn’t have this and maybe quicker support but I don’t see that being offered as an option. I pay £36 a year for one of my accounts which has some nice features on it but if Monzo make £25 from a user switching and they can convince them to do that on a few products then it doesn’t make sense to offer it.

I’ll be interested to see how the API will handle stuff like this and what Monzo will allow developers to do. I wonder if apps without this functionality will be allowed to use the API.
Twitter faced these kinds of problems at various stages, they annoyed a lot of developers, not sure if it actually cost them in the long run.

I pay close attention to the services I use and make informed choices so this isn’t of use to me. I can see it being useful to many others I think it’s a hard balance to strike.

If Monzo noticed I was paying for broadband with Sky and that their max speed in my postcode (which they know) was slower than I cold get with Virgin Media at that postcode and they recommended it to me would that be too creepy or actually useful?

If Monzo noticed I was paying for broadband with Sky and that their max speed in my postcode (which they know) was slower than I cold get with Virgin Media at that postcode and they recommended it to me would that be too creepy or actually useful?

I think to an extent people need to get over computers being able to do mass data processing like this, stop thinking it’s a incarnation of 1984 and engage with it rather than trying to run away.

I think to an extent people need to get over computers being able to do mass data processing like this, stop thinking it’s a incarnation of 1984

That’s a fair point. For me it was useful (ish) as I do pay electricity (only ish because I recently switched) but I like the concept- I guess it didn’t feel like an advert to me but I assumed it was more targeted.

Just tried to switch to Bulb, not off to a good start

Surely, if your home isn’t found, that’s a 100% saving as you can’t be using an energy? 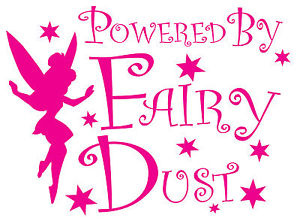 Interesting to read that some people were more expensive with bulb. They were the cheapest in my area when I checked which is how I found them in the first place! However I would probably be happy to pay a small premium for them because I like the way they work.

A single rate for starters. Hopefully good customer service, simple to use and easy to understand. And they just launched an app which is interesting, albeit on iOS. I guess they just feel like a modern energy company which is built for modern people. I think about how complicated British Gas is and wonder why. They only provide 2 products!

However not sure I like the idea of a link popping up in my bank statement. Perhaps in a section where I could compare offers. I noticed revolut had a mortgage comparison that recommended a mortgage 50% more expensive than the one I was taking. Seriously loses trust if the recommendations are not fair and open.

My contribution to the options, my own referral link with bulb! https://bulb.co.uk/refer/fergus8862

Maybe this kind of message should be kept for monthly/weekly newsletters and a requirement to OPT IN.

Maybe this kind of message should be kept for monthly/weekly newsletters and a requirement to OPT IN.

They’re clearly not going to ‘stop it’ since this has been part of their revenue planning since day 1. I believe ‘Opt out’ options will be/are available, however.

I’m I correct to assume this will only block your Target ads and not messages such as the down time notification the other day?

Interesting to read that some people were more expensive with bulb.

Bulb have a higher standing charge than other providers, so people who have very low usage will find them more expensive. They have mentioned in this forum thread that it’s partly intentional to reduce the number of customers who use virtually no energy https://community.bulb.co.uk/discussion/1553/lower-standing-charge As their fixed costs come down with extra scale then the standing charge will reduce and has done several times in the past.

Interesting to read that some people were more expensive with bulb.

Bulb have a higher standing charge than other providers, so people who have very low usage will find them more expensive. They have mentioned in this forum thread that it’s partly intentional to reduce the number of customers who use virtually no energy Lower standing charge - About Bulb - Bulb As their fixed costs come down with extra scale then the standing charge will reduce and has done several times in the past.

P.S. my Bulb referal link: Bulb - Get a quote

That implies that my family of five use ‘virtually no energy’ then? Wow! If only that were true!

When I done a comparison before switching to Bulb, they weren’t the cheapest overall (a few other non-100% renewable tariffs were cheaper), but were the cheapest renewable with interest in renewable gas. The proportion of gas and electric used will also be a factor.

I was previously with Ecotricity who used to be one of the cheapest for my usage for renewables, however no longer the case. I’d rather invest in renewables and get a return on the money than pay one company.