So I bought a plane ticket using my Monzo card but that flight got cancelled. The travel agency said they would issue me a refund but it had been months and I haven’t received anything yet. So I decided to file a chargeback but to my surprise, it had been declined. I don’t understand how my chargeback can be denied, I paid for a service that wasn’t provided. This should have been an open and shut case. I regret using monzo for this purchase if used my HSBC card they would gave me the money back.

Yes i have contacted support serval times i always had to chase them up regarding the chargeback and they always missed deadlines. They are now saying i can make a complain to the financial ombudsman which i will do. The airline was tap and the travel agency was gotogate, i made the booking on the 12th of February for the 7th of July.

What was Monzo’s reason for rejecting the chargeback?

If you have a credit card, this is the best card to use when booking flights, because Section 75 protecton is much stronger than chargebacks.

According to Monzo’s own help pages, they should be able to try and help you: 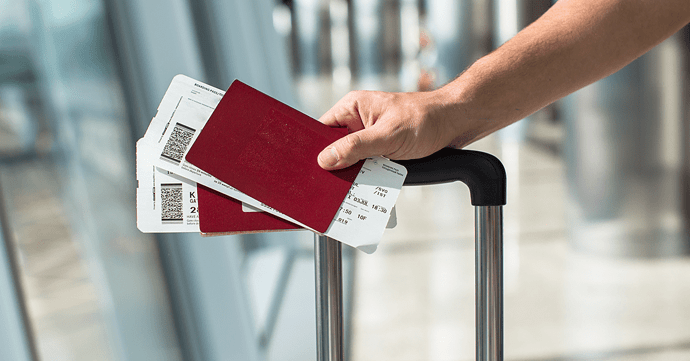 Plans cancelled because of coronavirus? Find out if you can get your money back

If your plans get disrupted or cancelled because of coronavirus, we explain if and how you might be able to get your money back, and what we can do to help.

but you have you be able to say “Why the merchant won’t refund you” and “What their terms and conditions say”.

According to Which, “the claim can be raised 120 days from the date you were due to receive the goods or services (such as a flight ) - up to 540 days from the transaction days.”, and you’re clearly inside the deadlines for that.

If you feel that you’ve given Monzo all the relevant information and they’ve failed to help, then the ombudsman would be your next step - the fact that Monzo themselves have told you this would seem to indicate you’ve been through their complaints process to the fullest extent, so make sure you have a ‘letter of deadlock’ from them (if you don’t have it already) as the ombudsman will need this to process your complaint.

They just stated the companies terms and conditions about refund/cancellations

So you weren’t entitled to a refund from the company in the event of cancellation etc?

That’s not really how it works though. A company can put whatever they like in their T&Cs, that doesn’t mean it’s right or overrules UK EU law.

A company can put whatever they like in their T&Cs,

They can and then you’re supposed to read it before you agree to them.

If it’s the companys T&Cs that have stopped you being entitled to a refund that’s not a Monzo issue. Your grievance is with the airline.

Did you cancel the flight and choose not to travel because of COVID restrictions?

The airline cancelled it

They said they would issue me a refund but i havent got anything. The airline and the travel agency are just passing the blame to each other

If the airline cancelled - then you are 100% entitled to a full refund. I would do as Monzo suggest and contact the Ombudsman however they should be facilitating the chargeback and if they aren’t, Monzo is in the wrong.

Its not monzo issue?i used their card and i am a customer

What has that got to do with anything?

You made an agreement with the airline, paid them money based on the T&Cs that you agreed to. Because you didn’t read the terms before agreeing to them has nothing to do with Monzo.

Are you saying that Monzo should make a loss and pay you back instead of the airline?

From the article posted earlier

Whenever you buy something, the merchant you bought it from will have a refund policy. In most cases, the refund policy will say what the merchant will do if they have to cancel the booking or event, and if you can get your money back. If anything’s unclear, reach out to the merchant.

I paid for a service i didn’t receive. i’m entitled to get my money back according to UK law, its as simple as that.

Are you a monzo investor? you seem to be defending them and not being objective with your replies

It’s not Monzo who agree to the chargeback, it’s Mastercard isn’t it?

I quoted the advice from the article

. Whether I’m an investor or not is moot - I don’t care either way

i’m entitled to get my money back according to UK law, its as simple as that.

If it’s so simple, please link me to the UK law that states a bank must foot the bill for a company that states no refunds when you pay via debit card. I think you’re getting confused - I believe by law the airline needs to refund you, but not the bank. As stated by most people in here argue with the airline as I think they’re avoiding giving cash refunds and instead are rebooking or giving vouchers.