I opened Starling then Monzo accounts a few months back. I soon found myself using just the Monzo app. The Starling app looks nice (and I do like the purple) but you have to open the menu too do anything. The Monzo app shows me my account straight away and the permanent buttons at the bottom are much faster than opening a menu.

Something so small made all the difference. I haven’t closed the Starling account but Monzo is the one I use.

@Rat_au_van it seems you were right when you posted this

Does anyone have Starling community account to tell this guy and put him out of his misery?

Wow looks like they have. I didn’t think they would do quite so soon but after it being so popular on monzo it’s a wise choice to remove it.

It has to go for both Monzo and Starling users, long term and new ones.

But…I think they should have removed it for everyone…

Before we start, if you want to talk about that head here

At least Monzo made an attempt to communicate and explain it to users. I appreciate that. Starling just dropped brand new FAQ with tons of nuggets in there. It could have been done better

They community don’t even seem that bothered

That’s good then and will make it easier on the communication front if there’s no distracting debate.

I’ve not seen any information from Starling to say they were planning this? As an existing account holder it doesn’t impact me as such (I still have the facility but have never had need of it, I always do a monthly bank transfer anyway), but the lack of transparency is worrying. They have been told off before (on the community) for this kind of thing.

Obviously people can still use Settle Up to top up, but it’s not as slick a process as the in-built one. And any mention of using that method appears to have been (self-) censored.

What I find interesting is how they’re just following Monzo.

Now they’re removing it for new users as Monzo are, it’s obvious that they only had the feature to complete with Monzo.

Monzo originally had this feature for the prepaid because there was no other way.

Starling clearly only had this feature to make themselves more competitive, and now their competitor no longer has it, they don’t either.

Interesting event for a bank to attend?
Nice to see the word spreading 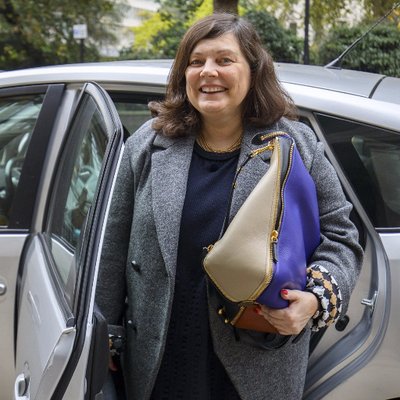 Over a matter of a couple of hours over on the Starling community forum, it’s gone from Anne confirming that new accounts no longer get the top up feature, to a poll asking how Starling should proceed (presently at 19 votes in total, with 79% saying it should be removed for all customers), to a bunch of folks essentially agreeing with this, to Anne asking the forum how much notice to give for removing it for all customers.

I think it’s good to remove the top up feature. I think faster payment is quicker enough. Also it’s not needed as it’s a bank not a prepaid card. But this is my opinion.

My own feeling is similar, but I believe the best option would be to introduce a delay, rather than remove entirely, otherwise Monzo would be going back on a promise they made to keep the top up (daft of them to promise this, but hey ho).

The attraction of the top up facility is that it is instant, whereas if it takes 6 hours (just an arbitrary number!), there is more of a push for alternatives (i.e. faster payments) to be used if you need that money in your Monzo account asap.

I don’t agree with the way this decision making process appears to be happening on the Starling forums, though. Monzo were very good IMO when asking about foreign cash withdrawals, they engaged everyone, and I would imagine they would do the same for the top up facility. This is the way it should be done.

Can’t argue with their interaction tonight.

Yes, they should have annoucned it was being removed for new customers.

But Anne has been on the forum tonight, and they’ve now decided to remove for all and give 1 months warning.

Decisive, and the right move.

The danger, both here and there, is that the forum community is but a tiny proportion of the customer base over all. It’s still a risky way to take major decisions in my view.