Will anyone else be watching today?

From news seems like it’s going to be a bit of a price hike, microsd back…
and a pen that can be used to conduct music?!.. 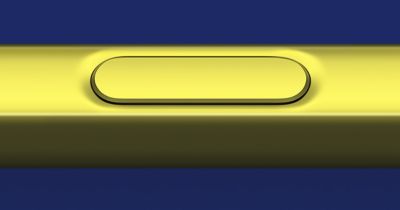 Pre-register now to be among the first to know about the new Samsung Galaxy smartphone. Watch the live stream here on February 20, 2019 7PM GMT

I’m interested to hear about it but won’t be watching. I’ll read up later.

Thats now 2 editions ago, let by gone be by gones…
Does the iphone signal still drop if you hold your phone?

Depends if I hold it the right way

Oh yes! Hoping for a new wearable- with some means of supporting Mozo for payments of course!

Not sure about the yellow stylus on the Note 9 though! Bigger battery, bigger processor, yellow stylus- anything else?

yellow stylus on the Note 9

Wait until you can see what the new pen can do, its now got built in Bluetooth and can do magic I hear

The S-pen on a Smartphone? I’m not convinced.

S-pen on a Smartphone

Dont get what you mean? Its always had the pen, they are saying the pen now has bluetooth and its own sdk so developers can use it for other devices.

even the watch, we just need Samsung pay now!

Meh, not sure why you’d want this and the bundled crapware when you can buy a Google Pixel.

I like the idea of using it as a mini remote; however, I have been trying to use styluses for years and its not great as an input device for writing.

Want to hear more about the watch though! (which can also be used as a remote).

And meh for yet another smart speaker.

It’s nowhere near as bad as it used to be and a lot can be uninstalled. Plus the Samsung line has still maintained the headphone jack and memory card support.

If the Pixel 3 XL leaks are true, it has a hideous notch too.

I will let you know on 24th what it is like, when mine gets delivered

That’s more than my laptop!

Yeah, me too! I upgraded from my S2 Sport.

It’s a cracking piece of Kit!
We had a demonstration at work and we all got a hands on experience with it. The different ways you can use the Bluetooth pen are really interesting too