Anyone have one, are they any good in your opinion?

I rent so drilling holes is probably not ideal. Done some research and you can mount it with permanent sticky tape

Also does it give you an alert every time someone walks past, if so Then I’d have to leave it

I have one - albeit a wired one which probably performs better than a battery powered one.

If you want to see who is coming and going at your front door it does the job effectively.

Haven’t used any alternative products so can’t say how it compares to others.

If you live with others one noteworthy feature is everyone in the household gets their own account and can control their own notification settings. That doesn’t always seem to be the case with other brands where all users may have to share a single account. This is the main reason I decided to go with Ring.

Also does it give you an alert every time someone walks past, if so Then I’d have to leave it

It’s up to you. You can turn this off or control the sensitivity and detection area.

Ok thanks ! I’ll consider it then

I have a few of the stick up cams dotted around the outside of my property for full coverage of my front and back gardens as well as all entry points to my house. You would literally need to hitch a ride on a chopper and land on my roof to break in undetected. Unless you happen to know how to disarm or render them useless of course.

I chose them because at the time there were no decent HomeKit Secure Video alternatives. For their price, they are fantastic value. And they arguably have the best price:quality ratio in the industry for wire-free outdoor security cameras and smart doorbells. The only issue for me stems from the now Amazon ownership, which raises a few privacy concerns.

As @o99 already mentioned. The sensors and notifications can be customised so you’re not receiving unwanted alerts or having the censors accidentally tripped by things outside the purview of the path to your front door.

I’ve been thinking about this as we’ve had a spate of people trying house and car door handles at night. We haven’t got round to it yet, but have decided to go with contacts on the door controlled by a timer and an app instead. From the footage passed around social media, the ring doorbells don’t seem to put them off, so I’d rather invest in a system that automatically locks the house between certain hours.

I’ve been thinking about this as we’ve had a spate of people trying house and car door handles at night.

This has been an issue in onw neighbourhood I lived in a few years back too. My experience with the police is that they just don’t care unless you have proof, which is what these cameras have captured for me.

It’s also helped with mail being left and stolen too, or fraudulent mail delivery drivers. That was actually an issue I had a few years back with Royal Mail claiming to have left my parcels, but were not leaving them. Amazon and Royal Mail wanted me to report a thefts to the police and get a crime number as almost all of my amazon orders were going missing, which the police were not interested in doing as I had no proof they were being stolen. That’s why I started buying these cameras. Caught the dodgy Royal Mail/parcel force driver turn up, place my parcel on the doorstep, take a photo, only to pick it back up and walk off back to the van with my parcel! Both the police and Royal Mail were a lot more interested in my complaint after that.

Would you pick up someone tunnelling and coming up through the Kitchen floor? #askingforafriend 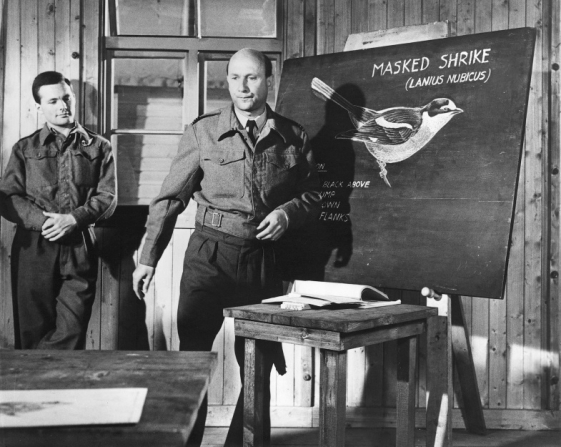 They’re owned by quite a terrible company and have a not so great history with regards to privacy & surveillance so I would avoid. I’ve also heard stories of the doorbell itself being stolen (how ironic). Since you’re not using the wired version it’s also yet another thing you’d have to replace batteries in and the wireless signal might not be good enough outside either.

Also what’s the problem you’re trying to solve with it? Realistically speaking if someone were go as far as attempting to break in they would cover their face so the footage would be useless. If you’re actually worried about break-ins I would suggest investing the money in things that actually work, like a stronger front door, better (harder to pick) locks, or actually good surveillance hardware that can’t be defeated by jamming the wireless signal or coming in from the side and smashing the Ring onto the ground.

I’ve also heard stories of the doorbell itself being stolen (how ironic).

I’m sure I’ve read that they will replace a stolen Ring doorbell foc if it’s stolen.

Indeed, they will replace it once, provided you report it and get a crime reference number. That said, the privacy issues with Amazon and the Ring devices appear to be a nightmare, which probably doesn’t bother many people but completely puts me off.

we’ve had a spate of people trying house and car door handles at night.

Has this been reported to the police?

I rent so drilling holes is probably not ideal.

Do you have a ‘peephole’ in your door? If so; 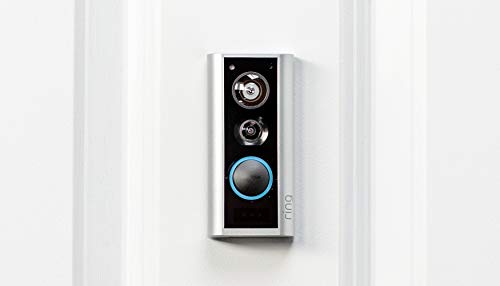 No wiring, no fixings, no damage.

I got a ring doorbell about a year ago. Honestly I really like it. In lockdown it hasn’t been so useful but before that it’s really good for parcels and getting them to actually leave it in a safe place rather than run away to the depot with it. I do also feel like it’s a bit of a deterrent.

Realistically speaking if someone were go as far as attempting to break in they would cover their face so the footage would be useless. I

That’s what I’m thinking. One could also put something over the lens too. I’d also be concerned about someone spying on every time I leave the house . Think I’ll give it a miss

The only use would be if your out and get a parcel , however anything expensive I always wait in for anyway. And I wouldn’t want them leaving parcels around outside my door.

I picked up a cheap-ish Yi camera from Amazon some time ago - 720p version when it was maybe £20. I mainly got it to keep an eye on the cats when I was away… Turns out they sleep a lot… So has now become my ‘drive cam’.

They can do the ‘zone detection’ thing, and because they’re inside, it’s less noticable for anyone looking at your house.

Not quite Ring level of tech, but it’s also a fair chunk cheaper. Might be a worthy alternative if you decide you want something

On a side note to a few benefits they would provide on these masked burglar situations. Some of the ring products come equipped with a siren. It’s loud enough to alert neighbours and potentially deter the burglar.

Capturing footage of someone breaking in, or trying to, is valuable evidence for reporting it to the police. Some police forces just aren’t interested in these crimes unless you have proof. If you tell them someone tried to break in, it’s the first thing they’ll ask you for. It’s like I said above in relation to a Royal Mail delivery driver stealing my amazon parcels. Amazon wanted me to report it to the police and get a crime reference number. Because I didn’t have any proof that’s what was happening, even though I witnessed it myself, there was nothing they could do, told me it wasn’t a police matter and to take it up with Amazon. Once I got a camera set up and caught them in the act, the police got involved and i got what I needed to get my refunds from Amazon.

Who? Ring employees or someone breaking into your Ring account?

If the former, I’m not sure there’s much that can be said to counter that concern. You just have to trust the company to have procedures in place to prevent employees from snooping.

If the latter, Ring does have 2-step verification in place for signing in from a new device (albeit not the best since is relies on sms) and does send an email notification when someone has signed in on a new device.

However, something that is internet-connected is always going to have this risk to some extent.