I have this issue where I fill up with petrol and do grocery shops at the same Morrisons. There was actually a bug where the store had the new logo and the petrol station had the old logo, which helped me tell them apart but all the metrics for average spends and transaction history broke and showed me the store ones regardless as to whether I viewed a petrol or store one.

These days, both have the same logo and both are just “Morrisons” and every time I shop at one or the other I have to recategorise either transport or groceries (I’ve also started adding a #petril tag to help identify them better).

The additional downside to detecting groceries or petrol is that the petrol station’s shop is open for longer than the main store on Sundays, and it’s quicker to buy stuff there than at the main shop if I just want a drink or something, so I regularly change the petrol one to groceries when I don’t buy any fuel…

There was a discussion about this in another thread I can’t remember which,

Alot of people said they have this problem, and I have it with Sainsbury’s.

I think one of the staff said they’ll look into this.

Very much wanted from me

Just wondering if this got anywhere @Rika has it been raised on backlog or anything?

Can we find out if this will be developed or not?

It almost defeats the point of having a transport catagory in the summary if one of the main spends (fuel) isnt recognised.

+1 for having it done automatically, however it’s not super difficult to go in after you’ve done the spending, or at the end of the month/week and manually change the categories for certain spends. This is how I do it at the moment.

Have we made any progress on this? It’s annoying that normal Tesco payments now get categorised as Transport

Couldnt this be fixed my adding a button within the payment info, where you change the category to change all future transactions from sainsburys for example or just that one, then the user sets it as the one they use most and changes the less frequent manually
Untill a more permanant fix can be implemented

Coming from using Starling which works as expected, the constant switching of category for

in Monzo is super annoying.

I almost made a thread under bugs before finding this thread as I just assumed it should be properly categorising the transactions and something must be broken.

Monzo has the Spending budget which gives it the edge for my use, if Starling brings out in app budgeting I might be back to using them instead (at least until fixed).

any update on the progress of this if its being working on atm, any est delivery date?

I have a fun problem where I have to re-tag transactions as I sometimes use the Morrison’s petrol station kiosk to buy stuff I’m short of (bread, etc) on Sunday evenings as the main shop is closed but the petrol station doesn’t charge convenience store inflated prices (“Express Pricing” as it’s known). So sometimes I get petrol, sometimes I don’t. No easy way to do this unless the itemised receipt data is sent with the transaction lolll

@theshillito Well we already have Flux with the itemised food receipt data on Starling (and soon on Monzo), I’m really hoping the supermarkets get onboard with digital receipts and it shouldn’t matter getting groceries at fuel stations as it’ll see the bread and know. The same with buying clothes/toys at supermarkets under Shopping not food etc 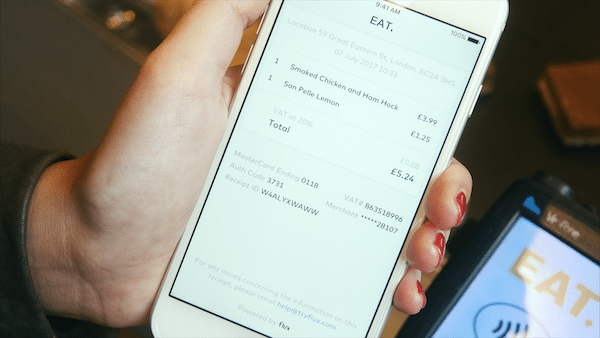 With receipt data being sent it shouldn’t be that crazy to expect multi-categories.

Just noticed this morning that my Tesco pay at pump transaction was auto categorised as Transport and my Tesco main store shop as Groceries. @Rika please say this issue has now been sorted?

I’m not aware of any fix but I’ve been away for just over the last two weeks and have spent this week joining a new team and burying my head in manuals.

This has been partially fixed if you use pay at pump rather than manned kiosk then your fuel will be correctly categorised:

If you use Pay at Pump, it will now always be categorised as Transport. We even threw in a little emoji in the notification: [image] This works because, as pointed out above, there’s a specific Merchant Category Code (MCC) for Pay at Pump. We’ve set this up to override the merchant’s emoji and category (in this case Tesco, which is normally Groceries). I’m afraid this won’t affect paying in the shop. Pay at Pump has its own dedicated MCC (“5542 Automated Fuel Dispensers”), which m…

I also would like to +1 this. Budgeting is useless if I can’t seperate my groceries budget from my fuel budget which I need to be a able to ensure I’ve got enough funds to commute to work.

It wouldn’t be so bad if you could assign a transaction to another category without it becoming a rule. Simple to add a checkbox that says “Make category rule”. Leaving unchecked would just assign this single transaction to the selected category and not future ones.

Budgeting is useless if I can’t seperate my groceries budget from my fuel budget which I need to be a able to ensure I’ve got enough funds to commute to work.

Just in case you’re not aware, you can change the category manually so it won’t throw your budgeting out