‘Guys’ is well accepted as gender neutral in 2020

I saw my mum and sister today in the park and greeted them with “Hey guys”. I’m in no doubt as to their gender

Guys’ is well accepted as gender neutral in 2020

It’s interesting* though, that saying ‘Hey guys!’ isn’t an issue but if I referred to my girlfriend as ‘that guy’ I’d likely get a glass of Sauvignon thrown at me

The meaning of the plural has altered but the singular hasn’t.

*Interesting because I’m a massive geek.

@Eclat01 Just an idea for you and different to others… 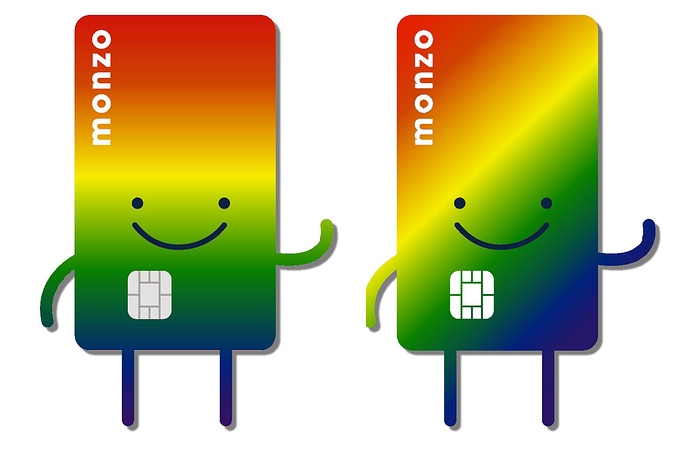 Wouldn’t it need that big brown triangle over it? I believe it has been recently updated to incorporate more colours.

Cause the purple is over the legs it looks like theres no purple as all. Generally it’s better to use solid colour bands rather than a rainbow gradient as 1) a rainbow isn’t inherently pride and 2) gradients on random things can just looks tacky.

Really appreciate the effort tho

There’s a discussion going on in that thread Monzo and the Pride flag from mostly people within the community itself.

The consensus is there’s no consensus. The LGBTQ+ community by definition has no 1 spokesperson or objective narrative. The 6 tone pride flag (roygbp), 8 tone Philadelphia flag (pride plus black and brown), and 11 tone Progress flag (pride plus triangle of white, pink, blue, brown, black) all have different applications and use cases.

In my opinion, the 6 tone pride flag would be the appropriate one here as it’s about a pride flag variant of the card - and aligns with the current colouring of the pride app icon. This is subject to change from debate.

Sorry about that, it was just an alternative idea

I think the feeling that using singular they/them is rude is subjective. Obviously there’s multiple people who agree with you who have liked your comment, but to me that sentence sounded perfectly natural, until you italicised it on the next line (which presumably means you would say it in a rude way and then I agree it’s rude).

I’m not in the camp that we should use gender neutral pronouns for everyone until we have it confirmed - as for the vast majority of people they present themselves in a way that indicates their gender identity to you.

There’s possibly more instances, but more and more we find that using singular they is pretty normal and never rude to use, unless you’re using something else (such as the way you say it) to make it rude.

No need to apologise, trying to offer constructive feedback. You’ve done more to help with OPs original request than any of us

Nice work, but if the red was narrowed a tad, the purple would fit on…
There has been 1 recognised lgbtq+ rainbow since the beginning to encompass all - and those that have hijacked the flag for ‘inclusion’, when the rainbow ALREADY incudes ALL.

If Monzo were to adopt a vertical or horizontal bar rainbow, it would get my vote. The diagonal looks like a UK NHS support card!